Instana has announced it has become the first provider of an application management platform (APM) to enable IT teams to automate the deployment of agent software to monitor IT environments using any Git repository of their choice.

Jim Hirschauer, director of product management and sales enablement for Instana, said agent software used to instrument an IT environment, including software and infrastructure, can now use a Git repository to automate the configuration of agent software during startup and reboot in addition to being able to pin a specific version of Instana agent software to a branch within a Git repository.

One of the challenges any DevOps team faces when instrumenting an IT environment is the agent software employed to collect data and metrics needs to be managed like any other piece of software. By adding support for Git repositories, Instana is making it possible to apply DevOps processes to the management of that agent software, he said.

The ability to configure agents as code also means DevOps teams can turn on and off agents as part of an effort to reduce agent management fatigue, he added. 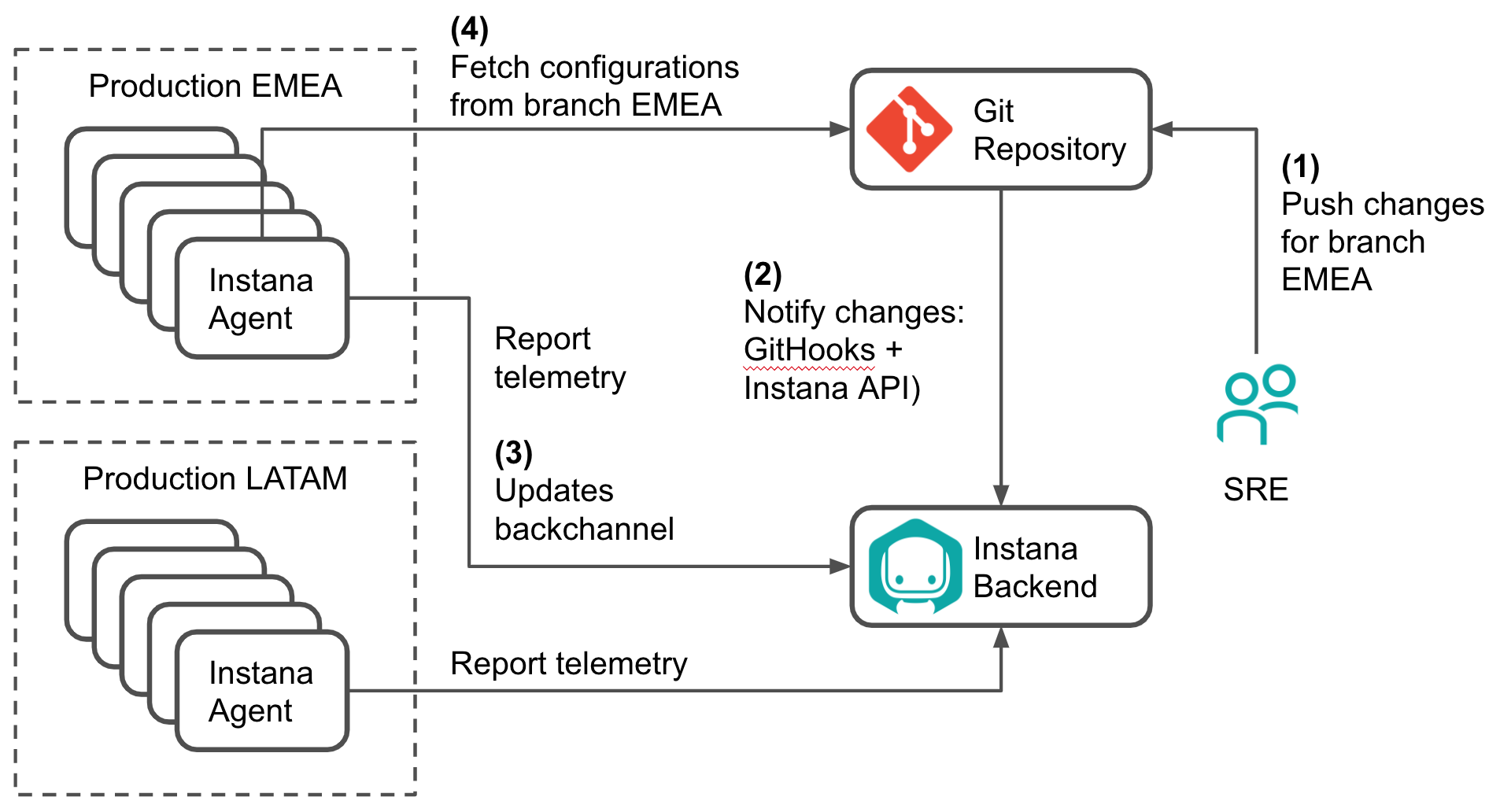 By embracing GitOps practices Instana is looking to distinguish itself from rival APM platform providers by “walking the talk” when it comes to best DevOps practices, Hirschauer said.

Although competition across the APM space is crowded, Instana as a startup is trying to take advantage of two macro trends to supplant rivals. The first is the shift toward converging the management of software and IT infrastructure. The Instana APM platform discovers all application service components and application infrastructure and then automatically deploys monitoring sensors that trace all application requests and profiles every process. It then detects application and infrastructure changes in real-time, adjusting its own models and visualizing the changes and any performance impact without requiring any human configuration or even application restarts.

The second trend is the rise of microservices. Historically, IT teams have used APM platforms to only monitor their most mission-critical applications because of the cost of deploying agent software. However, given the inherent complexities of microservices-based applications, IT teams are employing APM platforms more broadly to monitor dependencies.

It’s too early to say how this latest round in the APM platform wars will play out. However, there are more organizations than ever evaluating APM platforms, many of which would never have employed one before. The good news is that as open source agents become more widely available, the cost of employing APM platforms should come down. However, open source agents are still not quite as simple to configure and deploy as most proprietary agent software. DevOps teams will need to decide for themselves how much that convenience is worth.

The entire CI/CD/ARA market has been in flux almost since its inception. No sooner did we find a solution to a given problem than a better idea came along. The level of change has been intensified by increasing use, which has driven changes to underlying tools. Changes in infrastructure, such ... Read More
« CNCF Provides Jaeger Distributed Tracing Update
Elyra reaches 1.0.0 »