Instana announced today it has made it easier for DevOps teams to achieve and maintain service level objectives (SLOs) for applications when employing its application performance management (APM) platform.

Announced at the DevOps World 2020 conference hosted by CloudBees, the Instana tools provided to configure, monitor and manage SLOs are based on a series of wizards that DevOps teams can employ to create a dashboard through which they can monitor all the components that make up a specific application service. An Application Perspectives creation wizard guides IT teams through a process to select filters that eliminate uncorrelated, unconnected systems from the application service they need to monitor. 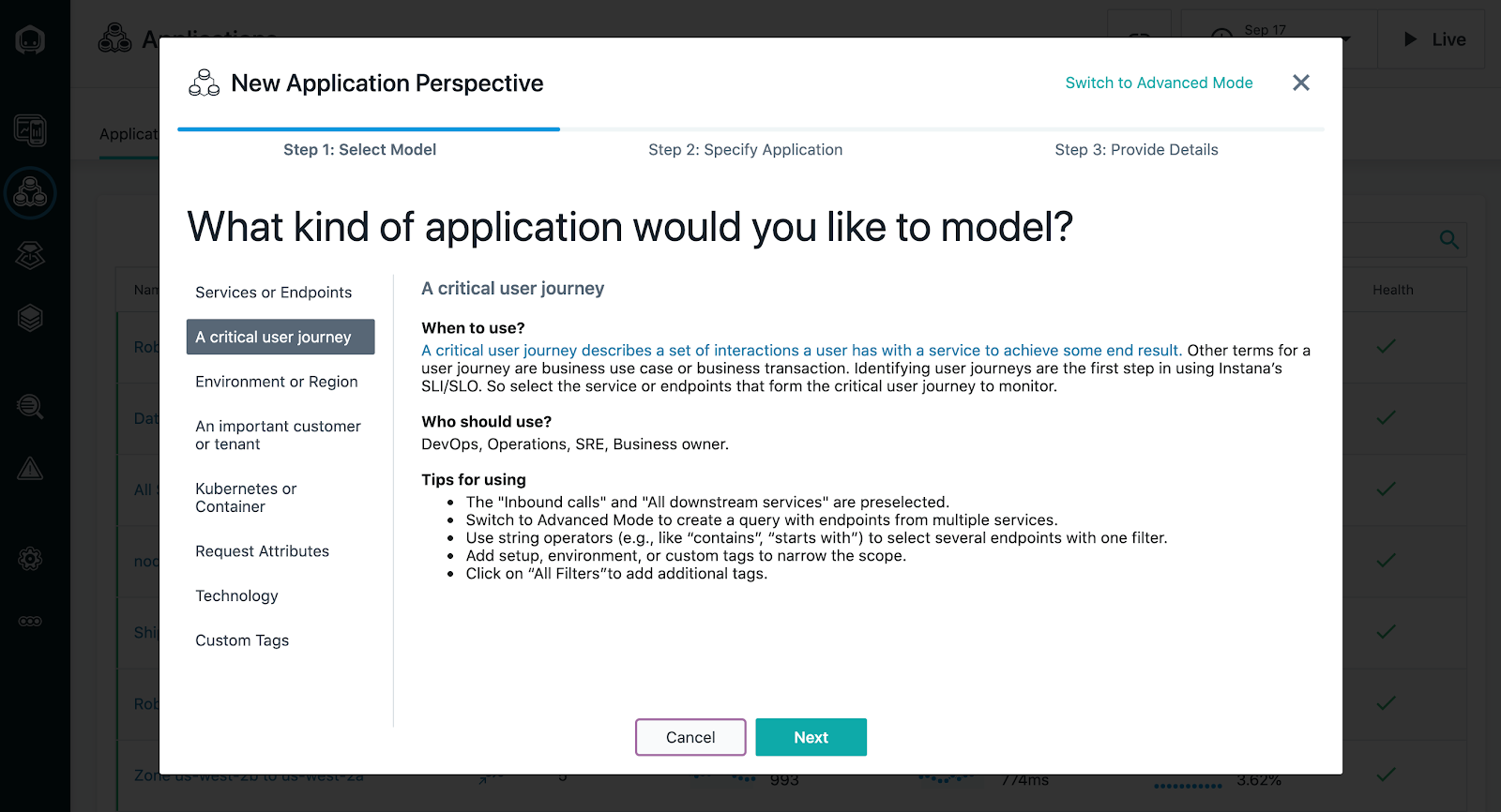 Chris Farrell, technical director and APM strategist for Instana, said as IT environments have become more complex thanks to the rise of microservices, IT organizations need access to APM platforms designed from the ground up to monitor, tune and optimize applications that are dependent on services strewn across an extended enterprise. Instana automatically deploys sensors to each part of the application stack, traces all application requests and profiles every process without requiring IT staff to configure those agents or restart applications. Any changes to the application environment are also automatically reflected in the model of the IT environment Instana creates.

Instana is now extending its APM platform to make it easier for IT teams to meet service level guarantees regardless of application complexity, said Farrell.

Given all the dependencies that exist between microservices, some type of observability platform is now a fundamental requirement. Previously, IT teams tended to only employ APM platforms to monitor their most critical monolithic applications because of the costs involved. In contrast, just about every application based on microservices needs to be instrumented to enable DevOps teams to optimize performance. Microservices-based applications are designed to degrade application performance gracefully by rerouting application traffic anytime there is an availability issue. While that approach prevents applications from crashing, it also makes discovering the root cause of an application issue that much more challenging for DevOps teams.

It’s not clear to what degree organizations that have standardized on an existing APM platform might be willing to replace those platforms as the number of microservices-based applications deployed in enterprise IT environments increases steadily. However, there are many more IT organizations that are just now starting to employ an APM platform to enable them to better cope with these applications. Most are also embracing best DevOps practices that make observability a core tenet for continuously deploying and updating applications.

As those DevOps practices continue to evolve, most IT organizations will transition toward monitoring application services that drive a business process rather than isolated instances of monolithic applications.

Regardless of the APM platform selected, it’s clear the way applications are deployed and managed is fundamentally being transformed. The issue now is determining how best to visualize those application environments because, after all, no one can manage what they can’t actually see.

The entire CI/CD/ARA market has been in flux almost since its inception. No sooner did we find a solution to a given problem than a better idea came along. The level of change has been intensified by increasing use, which has driven changes to underlying tools. Changes in infrastructure, such ... Read More
« Digitate’s ignio Recognized as Value Leader in EMA AIOps Radar Report and Wins Integrated Automation Award
TechStrong TV: Sumo Logic Goes the IPO Route »