Intel this week said a gold image of its oneAPI for unifying infrastructure as code will be available starting next month.

Jeff McVeigh, vice president of data center XPU products and solutions Intel, said the goal is to provide a standard application programming interface (API) for accessing the compute capabilities of any processor regardless of what company may have manufactured it.

The availability of oneAPI coincides with the launch of a series of dedicated graphical processor units (GPUs) from Intel that are intended to supplant the dominance of NVIDIA. 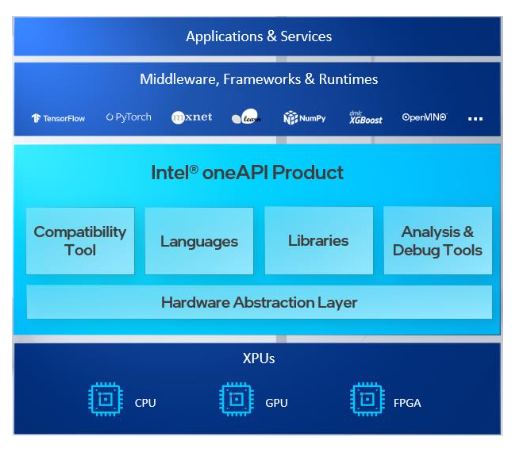 McVeigh said Intel is encouraging cloud service providers and builders of systems deployed on-premises to embrace oneAPI as a way to standardize the way any CPU, GPU, field-programmable gate arrays (FPGAs) or any other class of processor is incorporated within an environment rather than continuing to relying on programming models such as CUDA from NVIDIA that are designed for only one class of processor.

The average developer may never interact directly with a low-level oneAPI, but McVeigh said a standard set of APIs at the processor level should ultimately serve to reduce the total cost of IT as developers invoke multiple classes of processors with their applications.

Intel, of course, also sees oneAPI as an opportunity to usurp NVIDIA as the dominant providers of GPUs that are now widely employed in the cloud to train machine learning models. While Intel CPUs are still employed most to run the inference engine that enables those models to be deployed in a production environment, NVIDIA is now seeking to leverage its success in the cloud to provide either GPUs that can be used to run inference engines or processors from Arm. NVIDIA is in the process of acquiring Arm, a provider of processors that are widely employed in embedded system and edge computing environments.

Microsoft and the open source contributors that oversees the development of the TensorFlow framework for building artificial intelligence (AI) applications have thus far endorsed oneAPI. In addition, the University of Illinois Beckman Institute for Advanced Science and Technology this week announced it is creating a oneAPI center of excellence (CoE) that will extend the oneAPI programming model to nanoscale molecular dynamics (NAMD) environments that employ code to simulate large biomolecular systems.

It may a little while before DevOps teams see the benefits of oneAPI; however, as it becomes easier to mix and match processors as they best see fit, chances are it’s because the overhead on the back end has been substantially reduced using a common API.

Open source components have become an integral part of today’s software applications — it’s impossible to keep up with the hectic pace of release cycles without them. As open source usage continues to grow, so does the number of eyes focused on open source security research, resulting in a record-breaking ... Read More
« Survey Sees Pace of IT Investments Continuing
How Low Code Is Transforming Software Development »