Home » Blogs » DevOps in the Cloud » The Internet of APIs

The Internet moves at the speed of light. Not only that, but the terminology used when describing The Internet seems to change with the tides. One of the newest phrases to start making the rounds is “The Internet of APIs.” In an attempt to understand exactly what it is, I went looking for a definition and was unable to find anything at all. As such, it’s time to put a definition out there.

There are two important words in the phrase: “Internet” and “API”. Let’s start with the last word first and work backwards. What exactly is an API? Luckily, the definition of API is pretty settled. For our purposes, I like the definition given to us by API Evangelist:

An API, or Application Programming Interface, at its most fundamental level, is how software applications talk to each other using the Internet. An API allows you to open up data and other digital resources, to public developers, businesses, or even between departments and locations within a company. APIs are increasingly the way in which companies exchange data, services and complex resources, both internally, externally with partners, and openly with the public.

And while we’re at it, let’s look at the popular definition of “Internet” given to us by Webopedia:

The Internet is a global network connecting millions of computers. More than 100 countries are linked into exchanges of data, news and opinions.

So we’re narrowing down on a definition of The Internet of APIs. But we’re not quite there yet. Let’s look back at recent history to see if we can clarify things a little bit. The modern-day web API has been around since Salesforce introduced it’s API at the turn of the century. In the year 2000, they introduced an XML-based API that kicked off the web services API era. And while there were a few other web services APIs that came out afterwards (including eBay and AWS); but things didn’t really start getting serious until Flickr launched their API in 2004. The social network revolution, sparked by companies like Friendster, MySpace and Twitter, brought about a real need to securely exchange information between multiple applications. So when Facebook and Twitter announced their own APIs in 2006, that was when the usage of APIs grew to include identity management in addition to the exchange of data it had become known for.

And then came smartphones. APIs exploded in popularity once the smartphone industry took over the continent thanks to Palm and Blackberry; then came iOS and Android. Why the popularity explosion? Well, applications needed to be made for these new (popular) form factors. However, these new form factors had very specific requirements around data usage, drastically different screen sizes than application developers were traditionally used to, along with previously unseen device capabilities. Add to that the fact that mobile applications needed to figure out a way to share data with each other securely and a perfect storm of needs presented itself.

While all of this was going on, the wireless capabilities available to the consumer also changed. In the year 1999, one year before Salesforce released their web services API, 802.11a and 802.11b hit the market. WiFi was still a growing technology, but the introduction of 802.11a and 802.11b changed everything. The prior iteration of 802.11 had a transfer rate of 2 Mbps; while a allowed for short range speed of 54 Mbps and b allowed for longer range speed of 11 Mbps. The cost of b was also a lot lower than a.

Also in 1999, the first full Internet service available on a phone was launched in Japan by NTT Docomo. This was during the days of 2G networks. In the US, around the same time, cell phones became affordable to everyday consumers. It was a time of incredible growth in the wireless industry and over the following years, cellular networks were stretched to their limits.

This is the environment that led to the growth of the web service API. There were a few things that were extremely important to the upcoming boom:

Add all of that to the growth of social networking and identity management via API, and a perfect storm of circumstances presented themselves. More and more APIs were built utilizing a person’s identity for personalization and security.

Thus the Internet of APIs was born.

A global network of structured data, digital resources and commands accessible via a growing interface that allows applications and devices to exchange information using any and all communications protocols available.

Since the creation of the ARPANET (arguably, the Internet’s predecessor) packet-switching networks have been utilized as an efficient and reliable way to exchange data. So what’s different about the Internet of APIs since at its core it’s about exchanging data? The main difference lies in the fact that the data provided by the Internet of APIs is data with structure. It’s data that is being shifted around and meant to be consumed in ways that may not possibly have even been foreseen by the creator(s) of the data. The Internet of APIs allows data that may have been designed for one thing to be used for something completely different; thus facilitating the connection of two completely different applications in ways sometimes unimagined.

Data and personalization: that is the power of the Internet of APIs. 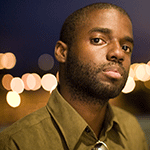 Kurt Collins is Director of Evangelism at built.io (link). Before that, he started his engineering career as an intern at Silicon Graphics (SGI) where he worked on debugging different parts of their UNIX-flavored operating system. Two years ago, Kurt co-founded The Hidden Genius Project along with eight other individuals after they all saw the screaming need to increase the amount of Black men in the technology industry. Mentoring young people interested in the technology industry is a personal passion of his. Today, he continues his work with tech startups and non-profits alike.

Now, more than ever, companies who rapidly react to changing market conditions and customer behavior will have a competitive edge.  Innovation-driven response is successful not only when a company has new ideas, but also when the software needed to implement them is delivered quickly. Companies who have weathered recent events ... Read More
« The One Where All Hell Breaks Loose
11 DevOps start-ups funded for a busy 2015 »