JFrog this week announced it has updated ConanCenter, a repository for storing and discovering software packages that can be downloaded for free, to include support for C++ artifacts. 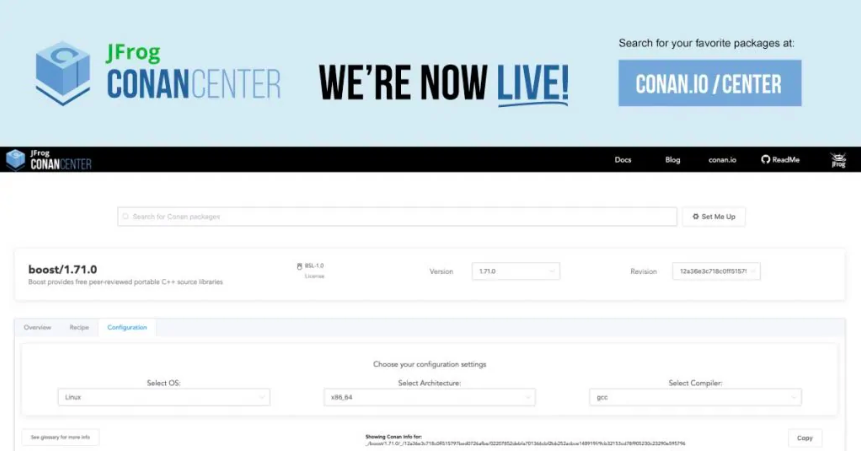 JFrog is also making available a free Community Edition of its Artifactory CI/CD platform for C / C++ available for download and later this quarter plans to integrate ConanCenter with other JFrog tools to make it even easier to securely access packages.

As a general-purpose programming language, C++ has been employed for decades to build applications in IT environments where resources are constrained, such as embedded systems. Subramanian said many organizations that rely on C++ to build those types of applications are experiencing the same pressures to accelerate application development as the rest of their software development colleagues.

To make it possible to achieve that goal, he said, JFrog is now extending its DevOps portfolio to include support for applications developed using C++ tools. ConanCenter not only provides a means to discover artifacts based on the metadata they generate, but it also provides a list of configuration options and a free binary building service that can be applied across multiple operating systems, platforms and compilers.

Despite its longevity and the rise of alternative programming languages, C++ continues to fulfill a unique role across a range of vertical industries. There are still plenty of C++ developers are that building some of the most challenging applications to develop. In fact, given the rise of robotics and internet of things (IoT) applications involving autonomous vehicles, interest in using C++ to build new classes of applications is on the rise. The ConanCenter repository promises to make it easier for C++ developers to share artifacts across those diverse projects.

It’s too early to hazard a guess as to how long it might take organizations that rely on C++ to embrace DevOps. Many of them have been relying on waterfall-based processes to build and deploy applications for decades. Nevertheless, just like in other programming environments, the need to build and deploy applications faster requires development teams to embrace change. As always, however, the biggest challenge when it comes to DevOps has little to do with the core technology platforms. Rather, the existing culture of the IT organization always proves to be the biggest hurdle.