JFrog this week announced that its DevOps platform, delivered as a software-as-a-service (SaaS), can now be integrated with the Jira project tracking and management application, delivered as a cloud service, from Atlassian.

Casey O’Mara, vice president of worldwide business development for JFrog, said this bidirectional integration makes it possible to link a Jira issue, such as a bug fix, to the binary or build residing in the JFrog Artifactory repository that is part of the JFrog DevOps Platform.

Available via an application that can be downloaded from the Atlassian Marketplace, this integration extends an existing alliance between the two companies, said O’Mara. There is, for example, already an integration between Atlassian Bitbucket Cloud for continuous integration and JFrog Artifactory repository.

Creating a link with a Jira issue will make it easier to collaborate by, for example, making it easier to understand why a specific version of an artifact, such as a container image, was created, added O’Mara. 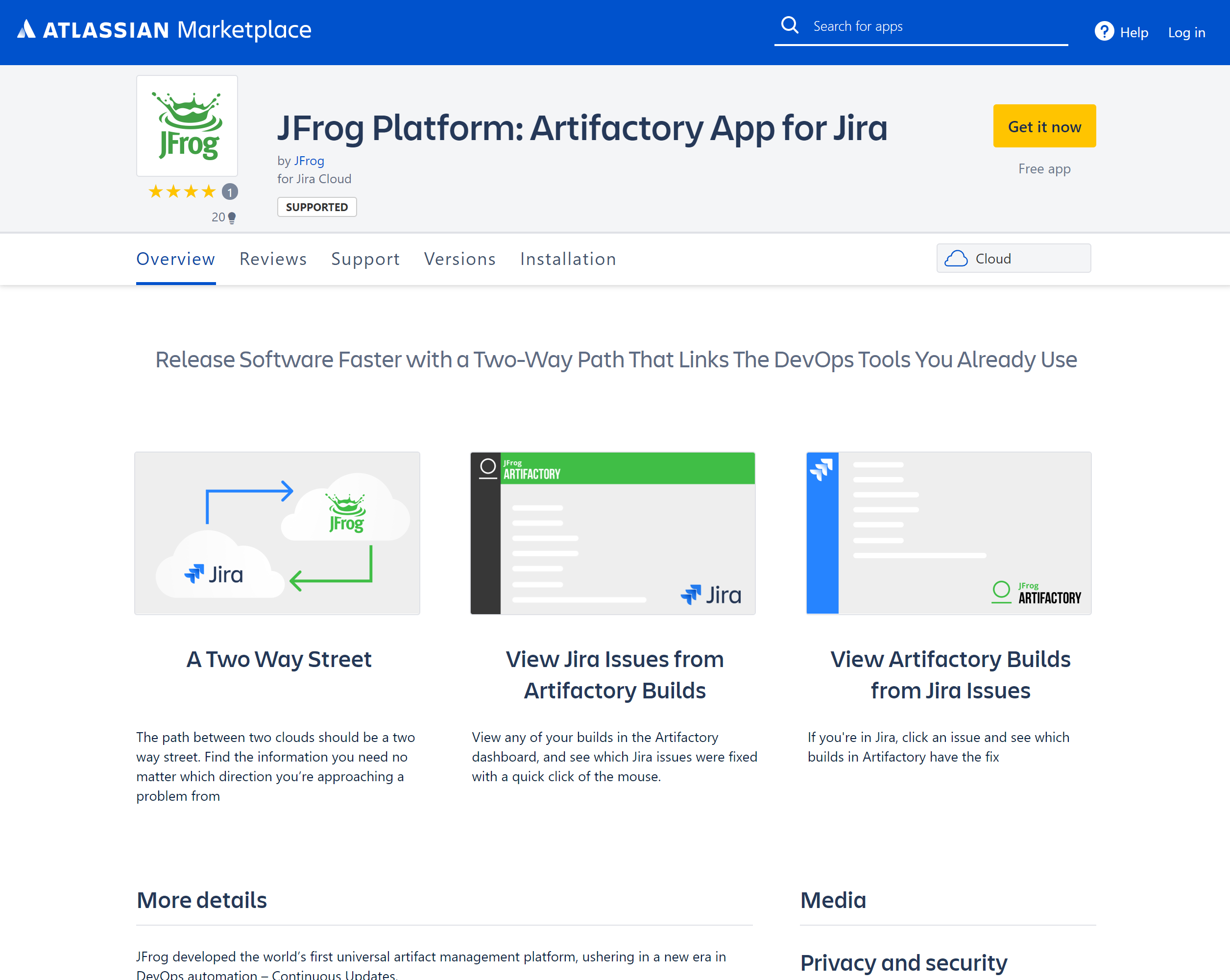 Artifactory is already able to collect issue key messages from Git that logged alongside builds. The Artifactory dashboard for build information displays a link to each of the referenced Jira issues in the Issues tab. Now, users of Jira can link to the builds in Artifactory.

Jira remains the dominant project tracking and management application for software development. As more organizations appreciate the degree to which they now depend on software, O’Mara noted the number of stakeholders in an organization using Jira is starting to increase, as application development schedules are tracked more closely. Atlassian is now making Jira more accessible as a cloud service to help foster that increased adoption, noted O’Mara.

Atlassian is now making a case for transitioning its customer base to the cloud. In the third quarter of this year, it plans to discontinue new server license sales in addition to increasing prices for on-premises products. Ironically, the company reported preliminary results for its most recent third quarter that indicate revenues of between $566 million to $572 million. That’s $85 million more than originally forecasted, because demand for on-premises products has increased in anticipation of their unavailability later this year.

In general, both Atlassian and JFrog are strong proponents of a best-of-breed approach to DevOps. JFrog, in its most recent quarter, reported $42.7 million in revenue, representing a 39% gain. Cloud revenue in that quarter grew 69% to $9.8 million, representing 23% of total revenue.

It’s unclear at what rate organizations are shifting to the cloud. The number of workloads moving into the cloud has certainly accelerated in the wake of the economic downturn brought on by the COVID-19 pandemic. However, the bulk of data continues to reside in on-premises environments, and many organizations, because of performance, security and compliance concerns, don’t have any immediate plans to migrate all their applications to the cloud.

Regardless of where DevOps platforms reside, there will always be a need to integrate them. It just may be easier to achieve that goal when all the tools that make up that workflow are running in the cloud.

The entire CI/CD/ARA market has been in flux almost since its inception. No sooner did we find a solution to a given problem than a better idea came along. The level of change has been intensified by increasing use, which has driven changes to underlying tools. Changes in infrastructure, such ... Read More
« Appen Leads Industry in Creating AI That Works for Everyone
The Value of Attention »

Is IAST the Next Big Thing in AppSec?

The Role of APIs In Digital Transformation

How IT Ops Can Exceed Service Level Objectives in Digital Tr...