Containers are very quickly being adopted as the stable way of deploying services. More and more organizations are adopting immutable architecture and containers provide an excellent way to achieve that.

But along with the stability comes the complexity of deployment, along with managing workload, scaling and updating. That’s in addition to having to create a reliable and repeatable process to continuously build and ship these containers to a production ready state. Kubernetes is one option: It provides features to reliably manage production workloads for your services.

So now developers have to learn Kubernetes, as well as how to prepare their application for Kubernetes and create the pipeline for continuous integration and continuous deployment (CI/CD). Developers also must determine what is the best approach to get this done and where to start.

Developers simply focus on their product and its features and JenkinsX will manage the Kubernetes deployment. It’s opinionated yet flexible, and provides extensive customization. Users can create a Kubernetes cluster using JenkinsX on AWS, Azure, Google or even locally on minikube or minishift. Developers who already have their own Kubernetes cluster and its RBAC (Role Based Access Control) enabled can simply install JenkinsX on top of it. 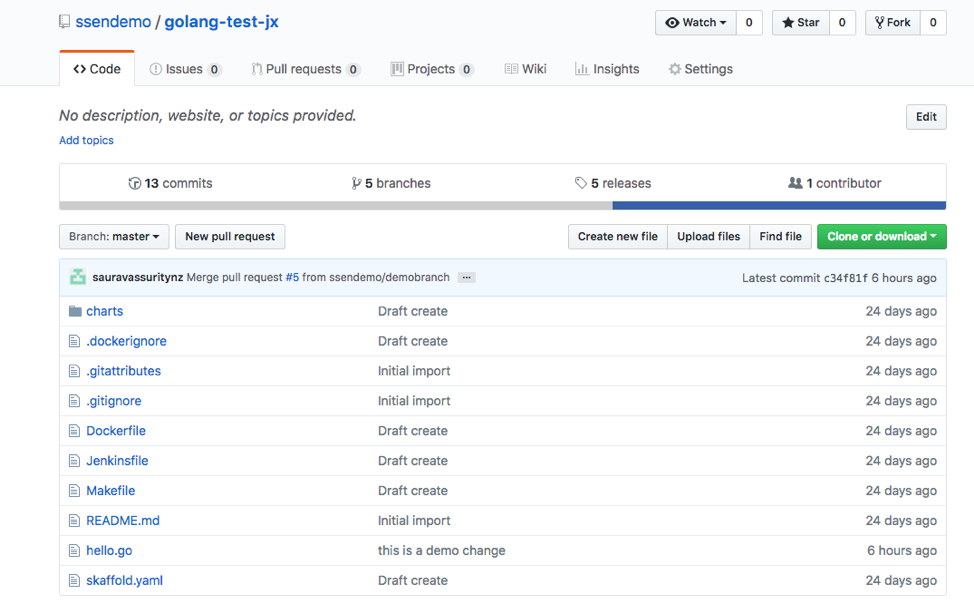 JenkinsX provides various templates, and, since it’s open source, more templates are added daily. Developers can do a quickstart with a templated version of spring boot application, a golang project, node, open-liberty, python-http and more. It will create a git repo for a template application and then connect to developer’s github account to push this template to a repo. Also, it sets up the required webhooks to talk to Jenkins, which is installed on Kubernetes as part of the JenkinsX setup.

JenkinsX also creates namespace environments in Kubernetes. By default, it will create a staging and production environment that can be modified. 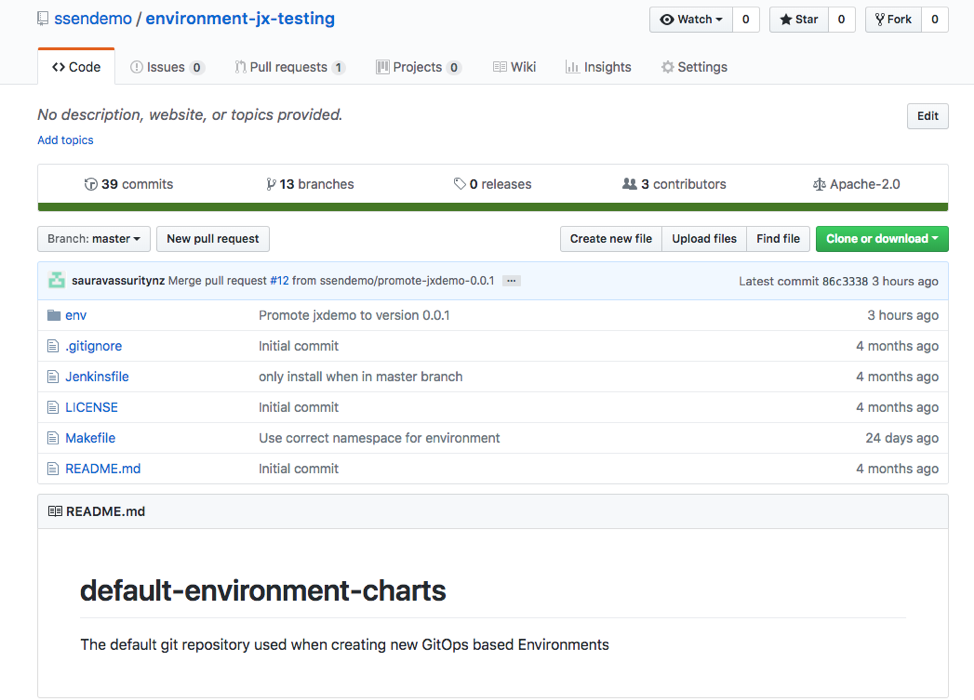 Once changes are made to a templated quickstart application and a pull request is created, the process kicks in and pushes the payload using webhooks to jenkins. The pipeline jobs then kick in to start the build process.

After the application builds in its own container, the next stage begins to create a docker image and push it to the internal docker registry. Helm charts are generated for the application and stored in the internal hosted chart museum. It is then deployed to a preview environment and developers can view or run tests against the application even before the pull requests are merged.

An environment is mapped to a specific namespace, the application container is then deployed in that namespace, a service is created and all the required mappings are configured. Also, a URL is spit out for developers to hit their application.

Developers then push their changes, grab a coffee (this step is optional) and few minutes later they get the URL to access the application in that environment.

That’s the standard workflow. As you might have noticed, JenkinsX is very different from the traditional Jenkins approach. Jenkins provides complete flexibility, whereas JenkinsX provides an opinionated approach. Given everything is in the template repo it creates, you can always modify them to your requirements.

A Jenkinsfile is created for the pipeline jobs that can be edited to add another stage. Helm charts are created and can be updated if required. Users can disable the default environment it creates the first time and have their own set of persistent or disposable environments.

This is a great approach toward automating of various different tools we use today to build and deploy our applications on Kubernetes. There are a few features I would love to see added, such as different deployment strategies, support for internal docker registries and maintenance features to clean up obsolete images. That said, JenkinsX removes much of the learning curve and jump-starts your Kubernetes and container journey.