I had a chance to attend my first Appian World a few weeks ago. It was right in my backyard, at the iconic Fountainbleau in Miami Beach. I brought a video crew with me and had a chance to do some deep dive interviews with customers, partners and Appian execs. I will highlight those further down. The real story of Appian World, though, was about low code, business process management, hackathons and the Woz. I wrote a recap of the CEO’s keynote from the show, but wanted to follow up with more details. 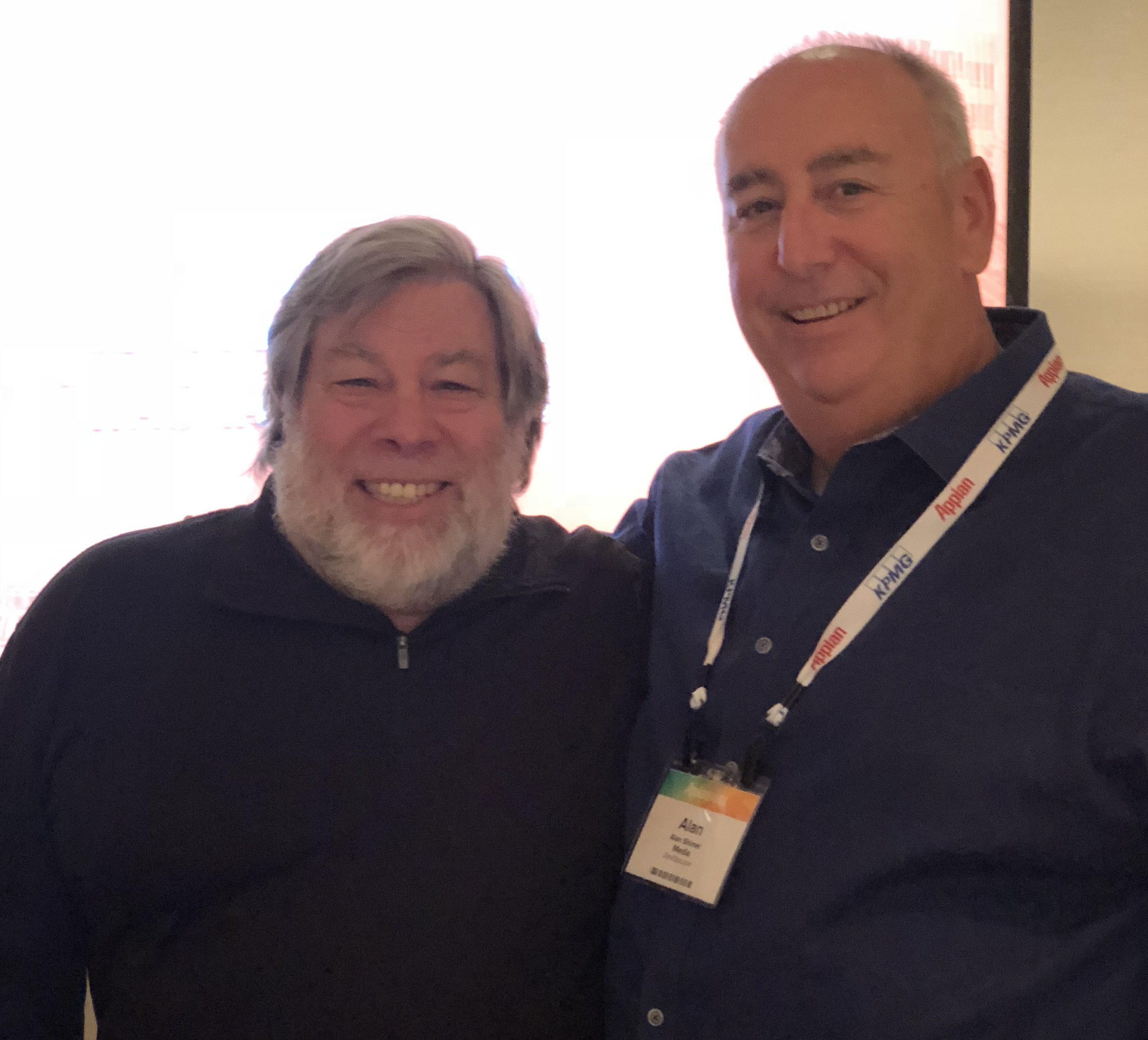 Appian had announced a hackathon with the winners to be announced at Appian World after the judges—John Rymer, Steve Wozniak and myself—selected the winner from five or six finalists. The winner received a $5,000 cash prize. Contestants came from all over the world; some were teams from Appian partners and customers, while others were individuals.

(Before I tell you more about the winner, let me say that judging this hackathon alongside Steve Wozniak was a personal bucket list moment for me. I did get a little giddy standing next to the Woz and talking with him about the hackathon contestants. But enough about me.)

Back to the hackathon. After evaluating the finalists, we (the judges) decided that the winner best exemplified the spirit of a hackathon. Brad Cauzza created FRED, a facilities record database. Basically, using Appian low code app building and integrations, Brad built a system that allowed visitors to sign in when visiting a facility. It also tracked incoming packages and more. It was a really nice use of the Appian platform.

There were some finalists who had grander applications, but we thought FRED was a great example of what you do at a hackathon. Below is my interview of Brad and Malcom Ross of Appian.

While we are looking at interviews, I also had a chance to sit down for a deep dive with Appian founder and CEO Matt Calkins. Matt has guided Appian from a small group of he and his three co-founders all the way through to public entity. Appian is not an overnight wonder; it has been a 19-year trip for Matt and his team. He shared a lot of his views on this journey, as well as where he sees Appian going in the future.

As I mentioned, there were actually four founders of Appian and they are all still with the company 19 years later. That is quite unusual, to say the least. I also had a chance to sit and chat at length with another Appian founder, Michael Beckley, who is CTO-founder of Appian, like Matt from day 1 all of those years ago. Here is my discussion with Michael:

Over the course of the event I spoke with several Appian folks, as well as partners and customers. You can see the whole YouTube playlist of Appian World 2018 interviews on our DevOps TV YouTube channel.

While building constructive culture, engaging workers individually and helping staff avoid burnout have always been organizationally demanding, they are intensified by the continuous, always-on notion of DevOps.  When we think of work burnout, we often think of grueling workloads and deadline pressures. But it also has to do with mismatched ... Read More
« ABC Testing
Jump-Start Your Kubernetes Journey with JenkinsX »