Kemp this week enhanced the automation and predictive analytics capabilities it makes available within its application developer controller (ADC) as part of an effort to ease deployment of applications across multi-cloud computing environments.

Company CEO Ray Downes said the goal is to make it easier for DevOps teams to avoid overprovisioning IT infrastructure, at a time when applications are more distributed than ever.

The Kemp ADC offerings are comprised of a mix of physical and virtual appliances that have now been deployed more than 60,000 times. The volume of data generated by those deployments now makes it possible for Kemp to apply predictive analytics via a 360 Central monitoring tool that, for example, can now make suggestions concerning where to deploy a workload based on current utilization rates, Downes said.

Kemp also now can provide comparative analytics, he noted. For example, the company revealed that its analytics show 61 percent of application experience issues are related to events caused by capacity issues such as failing or degrading application servers. Kemp also revealed that 48 percent of organizations see as many as nine application incidents per week.

Now that Kemp has begun to apply predictive analytics to its ADC platforms, Downes said the next logical step will be to apply machine learning algorithms to help further automate application deployments.

While ADCs provide critical load balancing capabilities, they are often overlooked as a source of actionable intelligence for DevOps teams. That data is more critical than ever because as IT organizations modernize their application portfolios by embracing more complex microservices, many of them are discovering every application will soon require its own load balancing capability. Previously, the primary role of an ADC had been to enable as many applications as possible to share the same IT infrastructure efficiently. Now the goal is becoming to orchestrate and optimize the allocation of IT infrastructure resources across a range of loosely coupled microservices. The Kemp ADC is designed to enable DevOps teams to define a desired state of all the load balancers in the distributed IT environment, including F5 Big-IP, AWS Elastic Load Balancer, Nginx, and HAproxy load balancers. That capability then makes it easier to roll out distributed application services. 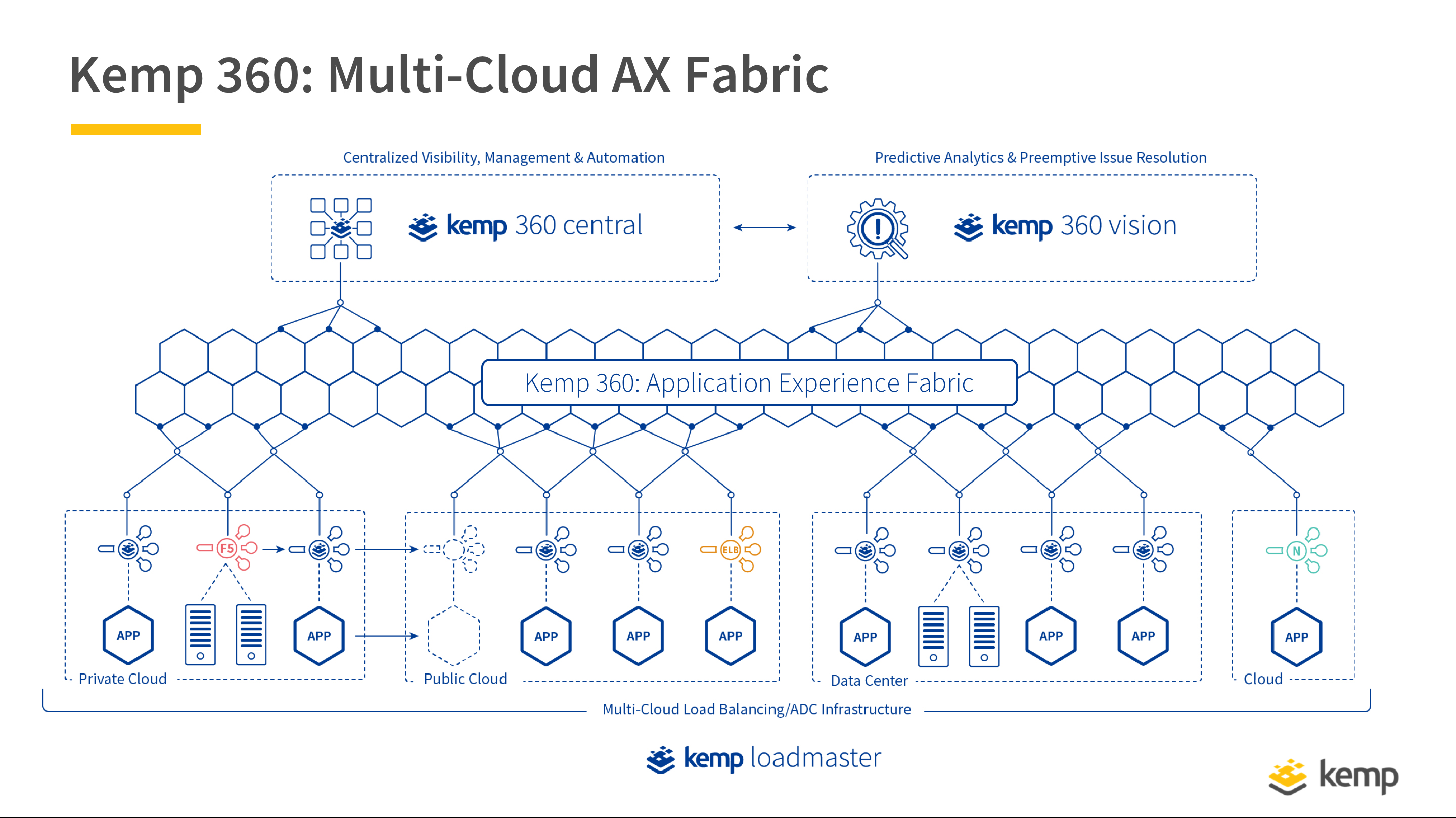 Over time, Downes said Kemp will extend that capability to open source load balancers such as Envoy, which are starting to be deployed on top of Kubernetes clusters. Both Kubernetes and Envoy are being developed under the auspices of the Cloud Native Computing Foundation (CNCF). As critical as load balancing will be within a Kubernetes cluster, however, Downes noted distributed applications will span cloud-native and legacy IT infrastructure environments as well as multiple Kubernetes clusters.

It may take a while for DevOps teams to fully sort out what form of ADC platform and load balancing capability to employ when and where. But as IT becomes more distributed, there’s rising interest in making sure IT infrastructure utilization rates for those applications remain as high as possible regardless of how they have been developed.

Now, more than ever, companies who rapidly react to changing market conditions and customer behavior will have a competitive edge.  Innovation-driven response is successful not only when a company has new ideas, but also when the software needed to implement them is delivered quickly. Companies who have weathered recent events ... Read More
« Survey: DevOps Progress Slow, but Steady
DevOps Chat: JFrog Acquires Shippable »

Why Browser and API Testing is Shifting Left

The Evolution of SRE and Developer Roles