Before I started Rancher Labs, I created a company called Cloud.com where we developed Apache CloudStack. We were inspired by the early success of Amazon Web Services (AWS) and wanted to make it possible for everyone to stand up AWS-like cloud infrastructure for themselves.

While CloudStack was successful in powering a number of public and private clouds, it failed to achieve mass adoption. Instead, cloud infrastructure today is increasingly concentrated in a small number of very large public cloud providers such as AWS and Microsoft Azure. There are a few reasons for this:

Despite the downside of cloud lock-in, organizations are facing increasingly fewer choices in cloud infrastructure as they adopt cloud computing.

We started Rancher Labs because we saw that containers can potentially change the game in cloud computing. Docker is a universal application packaging standard that makes applications portable. Kubernetes adds cluster management to Docker. Many people think the power of Kubernetes lies in its ability to manage applications and microservices. We completely agree. We believe, however, that Kubernetes also brings significant benefit by hiding the differences between cloud infrastructure providers. Kubernetes comes with a rich ecosystem of plugins for storage, networking and load balancing. As a result, it does not matter where you have deployed Kubernetes. As long as the drivers are configured correctly, users get a consistent view of cloud infrastructure regardless what cloud provider they use.

In addition to offering consistent storage, networking and load balancing, Kubernetes also brings with it a rich ecosystem of higher-level services for developers. The Cloud Native Computing Ecosystem includes all major providers of system- and platform-level software. Kubernetes has become the center of gravity of innovation in cloud computing. New capabilities are made available at a faster pace than anywhere else.

If you use cloud computing, there is no reason not to use Kubernetes. You get the most complete ecosystem support and the same consistent experience no matter where you go. Cloud lock-in will be a thing of the past.

About the Author / Sheng Liang 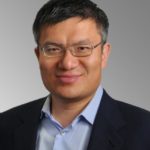 Sheng is a co-founder and CEO of Rancher Labs. Prior to starting Rancher, Sheng was CTO of the Cloud Platforms group at Citrix Systems after their acquisition of Cloud.com, where he was co-founder and CEO. Sheng has more than 15 years of experience building innovative technology. He was a co-founder at Teros, which was acquired by Citrix in 2005 and led large engineering teams at SEVEN Networks, and Openwave Systems. Sheng started his career as a Staff Engineer in Java Software at Sun Microsystems, where he designed the Java Native Interface (JNI) and led the Java Virtual Machine (JVM) development for the Java 2 platform. Sheng has a B.S. from the University of Science and Technology of China and a Ph.D. from Yale University. Follow him on Twitter.

The entire CI/CD/ARA market has been in flux almost since its inception. No sooner did we find a solution to a given problem than a better idea came along. The level of change has been intensified by increasing use, which has driven changes to underlying tools. Changes in infrastructure, such ... Read More
« Building a Services and IoT Platform with DevOps, Part 4
The Cloud and DevOps: Like Peanut Butter and Jelly »