Chef today announced that the Chef Habitat automation framework for building and deploying applications can now be used in on-premises IT environments.

Mike Krasnow, a senior product manager for Chef, said version 1.5 of Habitat makes it possible to now store applications packages and their dependencies locally in addition to the cloud. In addition, pre-built application packages and dependencies from the Builder service can be deployed across multiple on-premises instances.

An Applications tab in Chef Automate now shows the service groups and instances that are deployed to make it easier to understand what’s deployed where and the health of each service. Both the Habitat Builder installer and the application dashboard are integrated with Chef Automate, which uses the same installer as Chef Habitat. 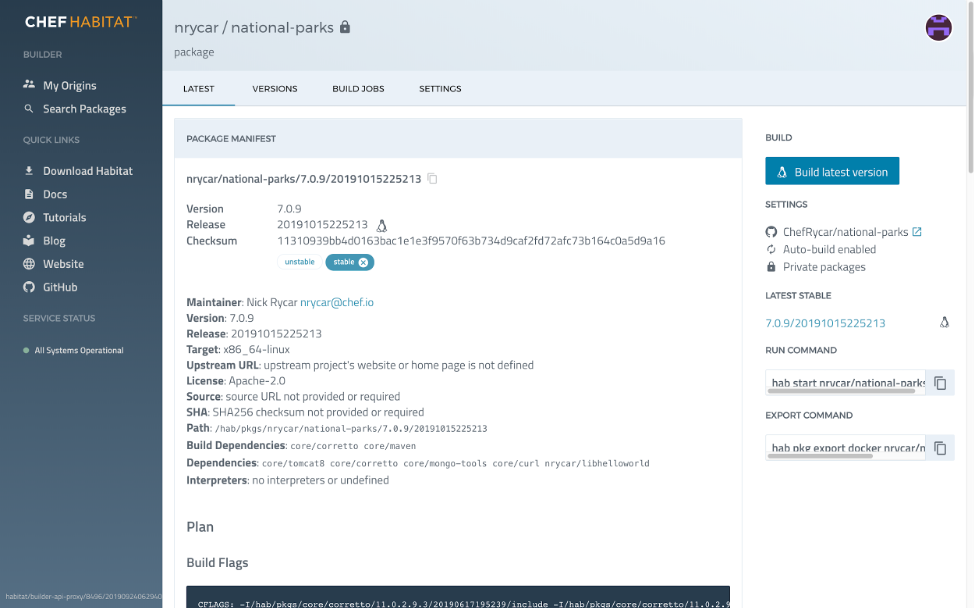 Krasnow said Chef has seen a 300% increase in the use of the software-as-a-service (SaaS) instance of Chef Habitat in the last year. Organizations that have embraced Chef Habitat include Alaska Airlines, Rakuten, and Walmart. That rate of adoption should increase now that an on-premises edition is available, he said, including among IT organizations in highly regulated industries that are not allowed to employ cloud services. In fact, at least 70% of all application workloads are still deployed in on-premises IT environments.

Chef Habitat appeals most to organizations that have embraced best DevOps practices to programmatically deploy applications, said Krasnow. There are rival automation platforms that make use of declarative approaches to automation that appeal more to IT generalists. However, he noted, organizations that want to empower DevOps teams tend to prefer a more programmatic approach.

Regardless of the platform chosen, it’s clear the days of manually deploying applications using custom scripts are coming to an end. IT organizations now require an industrial approach to managing IT as a factory. The biggest challenge achieving that goal is no longer the technology but rather the culture of the IT organization.

While building constructive culture, engaging workers individually and helping staff avoid burnout have always been organizationally demanding, they are intensified by the continuous, always-on notion of DevOps.  When we think of work burnout, we often think of grueling workloads and deadline pressures. But it also has to do with mismatched ... Read More
« Instana Adds Vsphere Support To Automated Microservice Application And Infrastructure Monitoring Solution
Developing Apps for IOS 13: Things to Consider »