LightStep announced a stand-alone dynamic tracing tools capability that visualizes patterns in code based on 100 percent of the data available.

Company CEO, Ben Sigelman, said LightStep Tracing differs from other approaches to tracing because it does not rely on a small sample of data that usually doesn’t wind up providing much actionable insight. Instead, LightStep Tracing makes it possible to search and visualize distributed traces across 100 percent of the data made available with a software-as-a-service (SaaS) application. 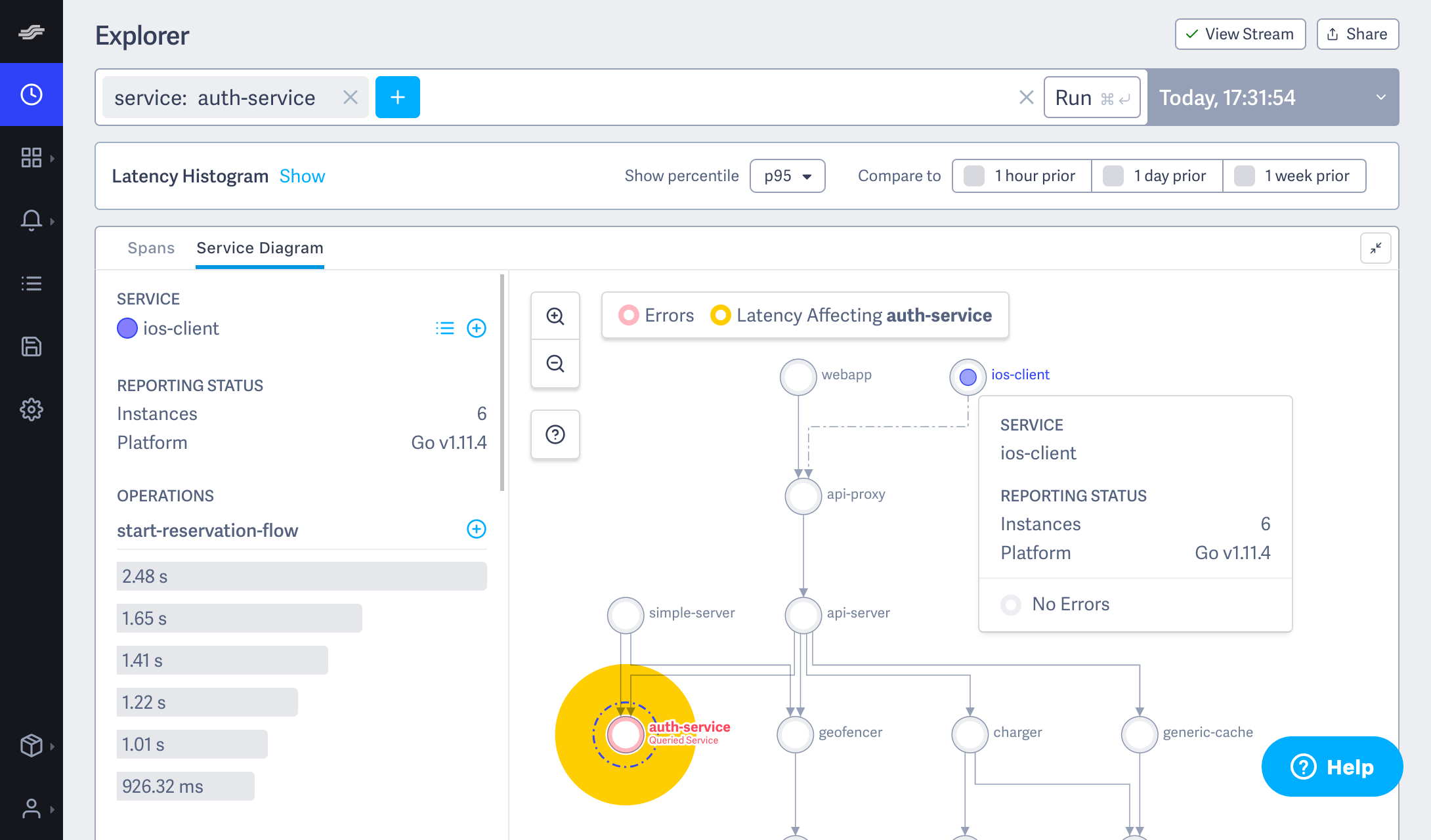 Distributed tracing is becoming more widely employed because that capability makes it much simpler to visualize patterns indicative of a potential performance issues. Sigelman built one of the first instances of distributed tracing during his tenure at Google. Known as Dapper, the project now analyzes more than two billion transactions per second. Sigelman subsequently co-created the OpenTracing Application Programming Interface (API) standard that is now made available under the auspices of the Cloud Native Computing Foundation (CNCF).

According to Sigelman, one of the most common mistakes many DevOps teams make today is overvaluing a distributed trace as a data source. While access to distributed traces are required, the real value comes from being able to dynamically inspect 100 percent of all the traces available in a way that visually surfaces patterns, added Sigelman. DevOps teams should be careful what conclusions they draw from analysis based on samples of data because outliers that could have a significant impact on application performance can be easily missed, cautioned Sigelman.

LightStep Tracing provides DevOps teams with access to dynamic system diagrams that visually summarize the bottlenecks, as well as real-time performance histograms enable organizations to understand what defines normal application behavior in their environment. Sigelman said that DevOps teams, for the first time, can also capture shareable snapshots of system behavior that explain performance anomalies based on statistical summaries of thousands of relevant traces. Within minutes, Sigelman said LightStep Tracing can be employed to instrument and visualize service-to-service interactions across web, mobile, microservices, serverless and monolithic applications.

One of the more frustrating aspects of DevOps is that most teams will spend far more time looking for the source of the problem, versus fixing it. But until the source of a problem can be identified, the reputation of the IT organization in the eyes of the application owner continues to suffer. There’s also an unfortunate tendency for DevOps teams to spend an inordinate amount of time in “war rooms” trying to proof that whatever element of the IT environment they manage is not part of the root cause of the problem. Rather than wasting all that time at the expense of the reputation of the IT organization, perhaps the time has come to discover and visualize issues hopefully long before any application owner even becomes aware they exist.

While building constructive culture, engaging workers individually and helping staff avoid burnout have always been organizationally demanding, they are intensified by the continuous, always-on notion of DevOps.  When we think of work burnout, we often think of grueling workloads and deadline pressures. But it also has to do with mismatched ... Read More
« In Service Management, AI Is Still Aspirational
IT Revolution Announces Second Round of Speakers for DevOps Enterprise Summit London 2019 »