Does the word “container” intimate containment, suggesting that containers are inherently secure? If it does, any such assumption of security may be the broadest Docker vulnerability to date. 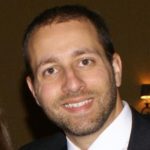 “One of the biggest threats I see with Docker is its positioning and the implied security in the language. The reality is that these containers don’t contain anything,” says Aaron Cois, Researcher, CERT Division, Software Engineering Institute, Carnegie Mellon University. Yet, that is the implication.

Just as those who thought Linux or VMs were secure enough on their own were mistaken, so those who believe that containers put a lid on security will be sorely disappointed. Today, Linux environments require network, OS / host security, Internet security, and web application security measures similar to those used with other platforms. Tools like security auditing / PEN testing, firewalls / WAFs, anvi-virus and anti-malware tools, DLP, IDS/IPS, remediation tools, and really the gamut of security measures similar to what Microsoft environments require are increasingly needed to defend data in Linux environments. “Likewise, operations can give developers tools to log into the VSphere console to create and change VMs while limiting their privileges,” says Cois.

And so, containers also require appropriate security measures. “Developers and non-admin operations staff don’t need to log into the host command line to work, and no one in security wants them to,” says Cois. But today’s Docker workflow not only permits but requires it.

The Root of the Problem…

–THIS STORY HAS BEEN MOVED TO CONTAINER JOURNAL–

Now, more than ever, companies who rapidly react to changing market conditions and customer behavior will have a competitive edge.  Innovation-driven response is successful not only when a company has new ideas, but also when the software needed to implement them is delivered quickly. Companies who have weathered recent events ... Read More
« Dev and Ops Coming Together To Combat the Weakest Security Link – BYOD
Automation, Provisioning & Configuration Management (CHEF) »