Tekton is an open source, cloud-native CI/CD pipelines engine. The project has its roots in the Knative project, where about a year ago it started under the name “Knative Pipeline,” with the aim of providing an extension to build Knative’s own “source to image” service. About eight months ago the project was reborn as Tekton and it moved out of the Knative space to its own GitHub organization and it joined the newly formed CD Foundation with a new mission: becoming the common denominator for CI/CD in the cloud-native space. But how is Tekton going to achieve its new aspirations?

For it to be successful, we wanted Tekton to be intuitive, reliable and easy to operate and maintain. This was discussed in the Tekton working group, and we thought it would be useful if we started using Tekton ourselves as part of our day-to-day jobs, using it to provide CI/CD services to the community.

Tekton pipeline aims to provide a set of components used to create a full-fledged cloud-native CI/CD system on top of Kubernetes.

The core project of Tekton (tektoncd/pipeline) defines a set of Kubernetes custom resources (CRD) as standard constructs for creating CI/CD pipelines. The following is a brief introduction to these CRDs:

Those pipeline building blocks can be reused, version controlled and curated in a catalog (tektoncd/catalog) that embeds best practices.

In addition, the Tekton community works on providing more components:

We designed Tekton to be intuitive, reliable and easy to operate and maintain. We started using Tekton ourselves as part of our day-to-day job, using it to provide CI/CD services to the community. But we didn’t start from a blank canvas.

Tekton inherited a few features from the Knative ecosystem, including the CI setup. This was great as it allowed the project to relatively easily kick-start its CI using tools shared with several other projects in the Kubernetes ecosystem (including Kubernetes itself)–a combination of Prow, Tide, Boskos, a few tools from k8s.io/test-infra and several bash scripts contribute to tasks such as running E2E integration test. 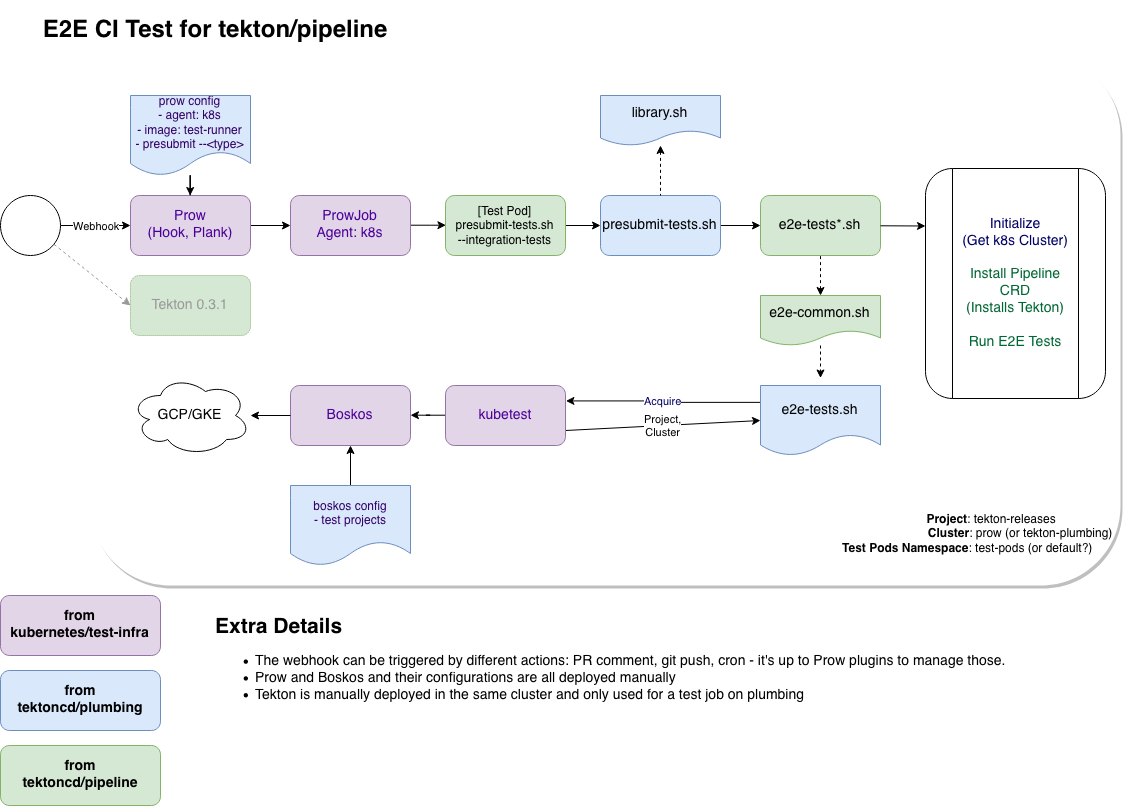 Deployment of the various CI services is manual and the same is true about their configuration. Releases are crafted mostly manually. Since Tekton is made of several projects, we set up tektoncd/plumbing repository to host the shared CI/CD infrastructure: prow configuration, shared test scripts and tools, test docker images. Mario adventure started!

We started to work on what we are calling the Dogfooding project, which is basically using Tekton to build Tekton. And like a ball of wool and a cat, the more we thought about it, the more questions we had. How is Tekton going to integrate with the existing prow-based CI infrastructure? How are we going to test changes to the plumbing repo in isolation? How are we going to deploy the instance of Tekton used to run Tekton CI pipelines? How are we going to do all that with no disruption to our CI service?

Testing code continuously is essential infrastructure, even more so for cloud-native software, and re-plumbing all at once could leave us without running water. We decided to proceed with baby steps, reducing the area of impact as much as possible and starting our journey tackling the release automation work first.

Here is an excerpt of the work we did on this journey:

Mario’s adventures will continue at KubeCon in San Diego. If you’re attending the conference  and you’re curious to know more, come and listen to our talk, or watch it on the CNCF youtube channel after the conference. 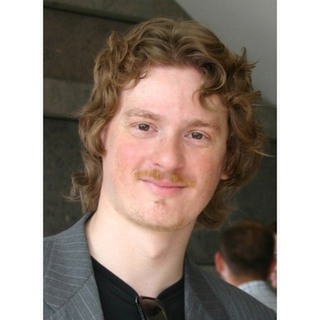 This article was co-authored by Andrea Frittoli is a developer advocate at IBM and an open source enthusiast. He is a contributor to the Tekton project and he has contributed to OpenStack for several years. He’s a strong advocate for transparency in open source. Andrea has previously been a speaker at FOSSASIA, FOSS Backstage, OpenStack summits, Open Source Summits, Devoxx Days and various meetups.