The rate at which low-code applications are built and deployed will accelerate as developers begin to rely more on artificial intelligence (AI) to write code. The summer 2019 release of the Mendix low-code platform includes a revamped instance of Mendix Assist, which employs machine learning algorithms to make coding recommendations. Those algorithms have been trained using data drawn from 5 million application models employed across 15 industries over the last 10 years, and Mendix claims this version of Mendix Assist improves the accuracy rate of the recommendations being made to 95%.

Sheryl Koenigsberg, director of product and solutions marketing for Mendix, said Mendix Assist will enable new developers to write better code faster, while experienced developers will be able to employ Mendix Assist to address routine issues that often get overlooked faster. Mendix Assist not only advises developers on what to do next but also generates recommended actions in previous logical steps based on whatever new code is introduced in the application. 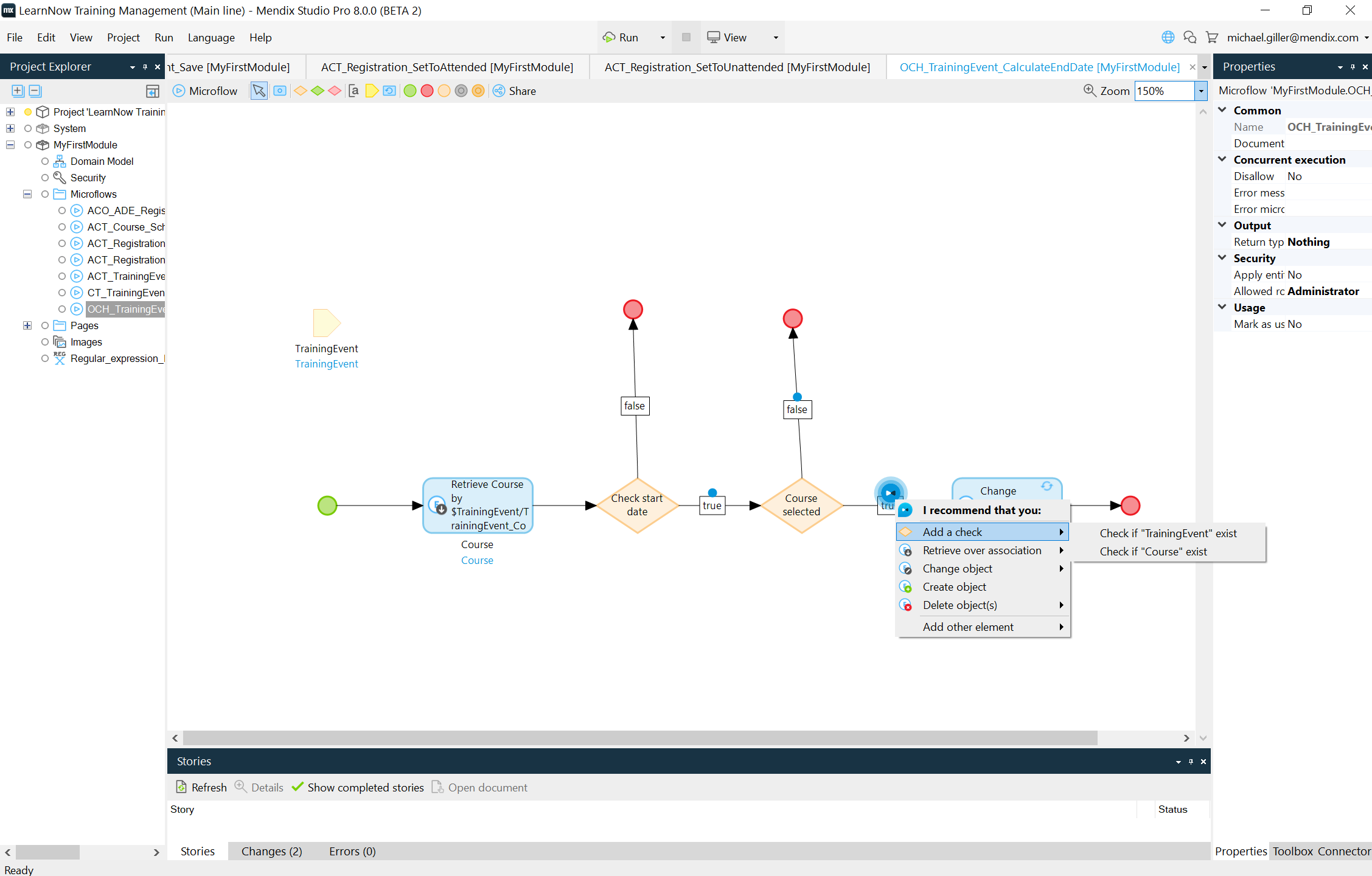 To make these capabilities more accessible, the summer release of Mendix adds Mendix Studio and Studio Pro, a set of integrated development environments designed to be accessible to both citizen and professional developers, to the low-code platform.

In addition, Mendix is adding support for native mobile application development by adding support for React, a set of JavaScript libraries for building user interfaces for mobile applications, and including a native JavaScript editor. Those capabilities eliminate the need to rely on emulation software when building mobile computing applications, said Koenigsberg. Because the Mendix IDEs integrate low-code abstraction across iOS, Android, Java and Objective-C programming models, it also becomes easier for mobile developers to build reusable components. Mendix has also included more than 50 pre-built connectors to mobile device capabilities, such as camera, geolocation, biometric authentication and Bluetooth enablement, along with support for conversational chatbots and voice interfaces such as Alexa and Siri.

Longer-term, Koenigsberg observed that it’s conceivable the AI capabilities being included in application development tools eventually will share insights with AI models being incorporated into continuous integration/continuous deployment (CI/CD) platforms. Proposed changes to an application could, for example, might be assessed from a performance perspective before any lines of code are written.

In the meantime, the rate at which low-code applications will be moving through CI/CD platforms is about to increase substantially as developers augment their own skills by relying more on recommendations surfaced by AI engines. The quality of those applications should also improve as AI engines check, for example, to make sure all the appropriate compliance and cybersecurity controls are in place.

It’s not likely AI engines will replace the need for developers anytime soon. However, it is apparent all the little things that routinely conspire to slow application development and delivery processes increasingly will be automated. That should make it easier for a larger number of organizations to embrace best DevOps processes. After all, the primary issue with DevOps adoption these days is not necessarily appreciating the value of the concept, but rather managing pipelines that still tend to get clogged every time an application fails to pass a gate because a developer forgot to do one thing or another.

Now, more than ever, companies who rapidly react to changing market conditions and customer behavior will have a competitive edge.  Innovation-driven response is successful not only when a company has new ideas, but also when the software needed to implement them is delivered quickly. Companies who have weathered recent events ... Read More
« Speaking the Language of Applications
A Day in the Sauna »