SSH (secure shell) is still the most common method of remotely accessing a Linux server, which makes it a common target for attackers attempting to infiltrate corporate networks. While the protocol itself carries a number of advanced security properties, it does allow for human error, opening the door for unwarranted privileged access to sensitive company resources.

Keeping track of all valid credentials across a company is something that IT departments continually struggle with. The stakes are high if they fall into the wrong hands, essentially handing over the proverbial “keys to the kingdom.” A recent study by Dimensional Research found that 90 percent of respondents do not have a complete and accurate inventory of all SSH keys, and 63 percent don’t actively rotate keys, even when an administrator leaves the company.

Managing privileged access to servers has always been a rigorous exercise in key management. There are a number of best practices to follow to avoid the many common pitfalls, such as storing private keys in a vault service or maintaining a strict rotation policy, but they don’t get to the crux of the matter: The credentials are static. Here’s a (not so) crazy thought: What if we got rid of them entirely? Static credentials are a thing of the past, representing the failed perimeter model of corporate security.

The traditional PKI (public key infrastructure) that backs SSH was built for a different time, when a key exchange meant enough to grant trust. Without a proper authentication process, there is no clear way to attribute to a person, nor a feasible way to provide any historical context. As these keys get issued and distributed across fleets of infrastructure and cloud services, the challenge only compounds. Each public key accrues more privileges over time; the longer it’s been alive, the more likely it’s been shared with a resource, making it extremely difficult to track and subsequently revoke. With this model, time is a bug that can’t be fixed.

Authorizing a specific request should also go beyond the mere presence of the public key within the authorized_keys file of the server. Independent of authentication, authorization is about who should and should not be able to access a specific server from a known device, and what permissions they have on the machine. You may have a policy that states only members of the engineering team can only access a production server through a bastion host. Adhering to that policy in practice, however, is impossible without a proper authorization process.

We’ve come to a consensus across the industry that the network perimeter is breaking down in the modern cloud era. It’s time to take that one step further and agree on a new model of trust attestation to match, where decisions are removed from the network layer and handled correctly at the application layer. Flipping the model around like this means starting with zero privileges by default, and only granting access to a resource once a request has been fully authenticated and authorized. Verify, then trust—the mantra of Zero Trust.

Google’s BeyondCorp is the marquee example of Zero Trust done right, an internal initiative meant to better secure how employees access corporate resources. The end result is a carefully crafted distributed system that makes real-time trust decisions based on what is known about a user and their device, allowing the thousands of Googlers across the globe to work securely from any location without the use of a VPN. BeyondCorp is just one example, and we’ve seen more and more companies start to adopt a similar approach.

The thinking behind ephemeral credentials is that a request triggers independent authentication and authorization processes, where a trust attestation is made against the policies of the resource. If valid, a single use credential is issued, which is used to initiate a secure session with the resource. This credential is tightly scoped to the specific request, rendered useless in any other scenario.

The fundamentals of this workflow can be accomplished through a client certificate-backed PKI architecture. Client certificates became a supported feature of OpenSSH in 2011 with the introduction of version 5.4. Unlike standard SSH keys, which carry no metadata, certificates are cryptographically verifiable metadata objects that can inject information such as usernames, roles and more. Time now becomes a feature because the scope of the credential truly represents a dynamic attestation of trust.

The fine-grained access controls inherent in a client certificate-backed PKI architecture solves for the problems with SSH keys because the credential can be tied to an actual user. The threat vector of lost, stolen or misused credentials is also eliminated, saving managers from the numerous headaches associated with SSH key management.

To put these ephemeral credentials into action, you need to surround the client-certificate PKI with the supporting access controls. Companies with the means can build their own system similar to Google’s BeyondCorp, but this is no simple task, as you need to operate your own Certificate Authority along with a distributed system capable of performing dynamic authentication and authorization against policies in real time.

About the Author / Ivan Dwyer 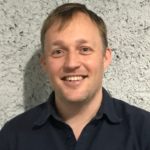 Ivan Dwyer is the VP of Product Marketing at ScaleFT, working with the community to raise awareness around BeyondCorp and Zero Trust for organizations of all kinds looking to modernize their security architecture. Connect with him on LinkedIn and follow him on Twitter.

« Digital Transformation: How DevOps Could Have Revamped Toys R Us
DevOps Chat: Microservices & Containers – Mastering the Replatforming of the IT Infrastructure »