Netifi this week launched an integration platform based on the open source RSocket communications protocol to replace HTTP ad REST application programming interfaces (APIs) as the mechanism for connecting microservices. RSocket was originally created by Netflix and is now being strengthened via contributions from Netifi, Facebook and Pivotal Software for use within enterprise IT organizations.

Fresh off raising $2 million in seed funding, Netifi is also committing to support a community edition of RSocket later this year.

Company CEO Robert Roeser said the Netifi platform is designed to make it easier to build microservices and interconnect them. Most of those microservices are being built using Docker containers, but Roeser said that, as part of a polyglot approach to integration, Netifi is leveraging RSocket to connect microservices built using a variety of runtimes as well as provide access to legacy monolithic applications. The Netifi platform can be deployed on-premises, in a public cloud or in a hybrid fashion. 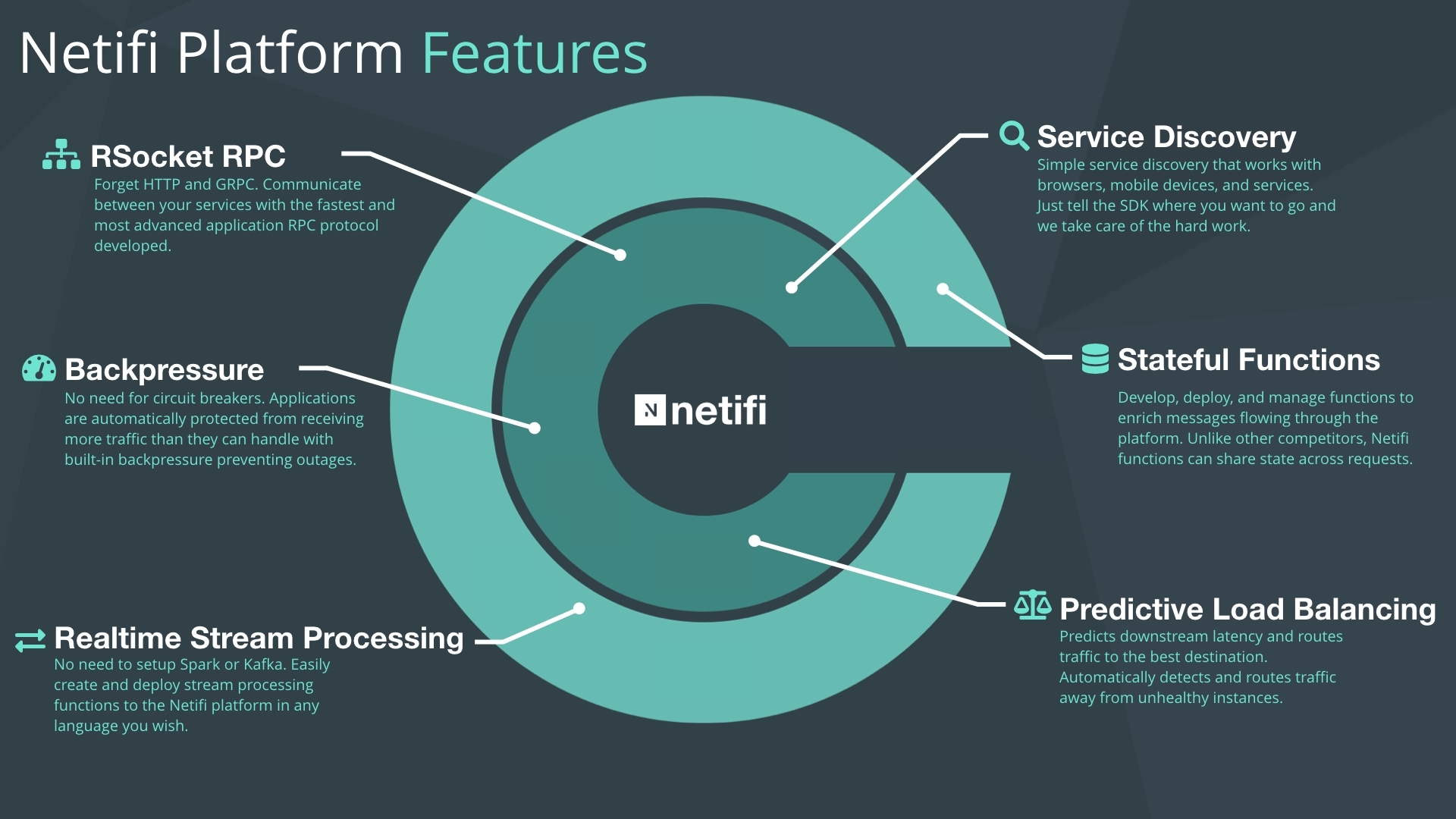 Roeser said RSocket was born of necessity at Netflix because the number of microservices that needed to be interconnected at scale was simply too complex a task using HTTP and REST APIs. Soon after, Facebook also started employing RSocket and now Netifi and Pivotal are making contributions designed to make Rocket more accessible for traditional enterprise developers. In the case of Netifi, that means providing mechanisms to both discover and advertise microservices and provide a layer of abstraction that shields developers from the underlying complexity of the network underlay, he said.

As applications based on microservices become more widely distributed, enterprise organizations tend to become more intimidated by the challenges associated with managing them at scale. Traditional enterprise IT organizations don’t have access to a small army of software engineers to solve the problem. As a result, many of them retreat to building monolithic applications in which all the services that need to be accessed are baked into the application itself. They typically sacrifice scale and flexibility in favor of a construct that is both familiar and easier for them to navigate, Roeser said.

The challenge Netifi and other supporters of RSocket will face is the considerable amount of inertia surrounding REST APIs and HTTP. Several generations of developers now consider REST APIs to be the default mechanism for connecting various applications together. The issue many of them will need to wrestle with is the extent to which the rise of microservices breaks that integration construct. A shift away from REST APIs also could have significant implications regarding how services are exposed externally, how pipelines are constructed within DevOps environments and other factors.

It remains to be seen whether integration platforms based on RSocket or some other approach ultimately makes microservices more accessible to enterprise IT organizations. But significant resources now are being poured in to solve the problem, many of which leverage contributions of companies, such as Netflix and Facebook, that already rely on thousands of microservices to deliver a broad range of cloud-native applications.