Netlify announced today it has acquired FeaturePeek as part of an effort to make it simpler for DevOps teams to create a portal through which application stakeholders can both inspect a web application developed using JavaScript and leave comments for developers.

Matt Biilmann, CEO of Netlify, said Netlify will embed that collaboration capability in the next iteration of its Netlify Deploy Previews. That tool makes it currently possible for a front end pull request from a Git repository to automatically generate a live preview of the site with a unique shareable URL.

The current version simply shares URLs with application stakeholders, versus enabling DevOps teams to create a portal through which the review process can be centrally managed to make feedback more consistent, said Biilmann. Each piece of feedback from an application owner or stakeholder made via the portal will become a comment on the Git pull request, or can be shared via any collaboration tool a development team employs alongside a Netlify workflow, noted Biilmann. 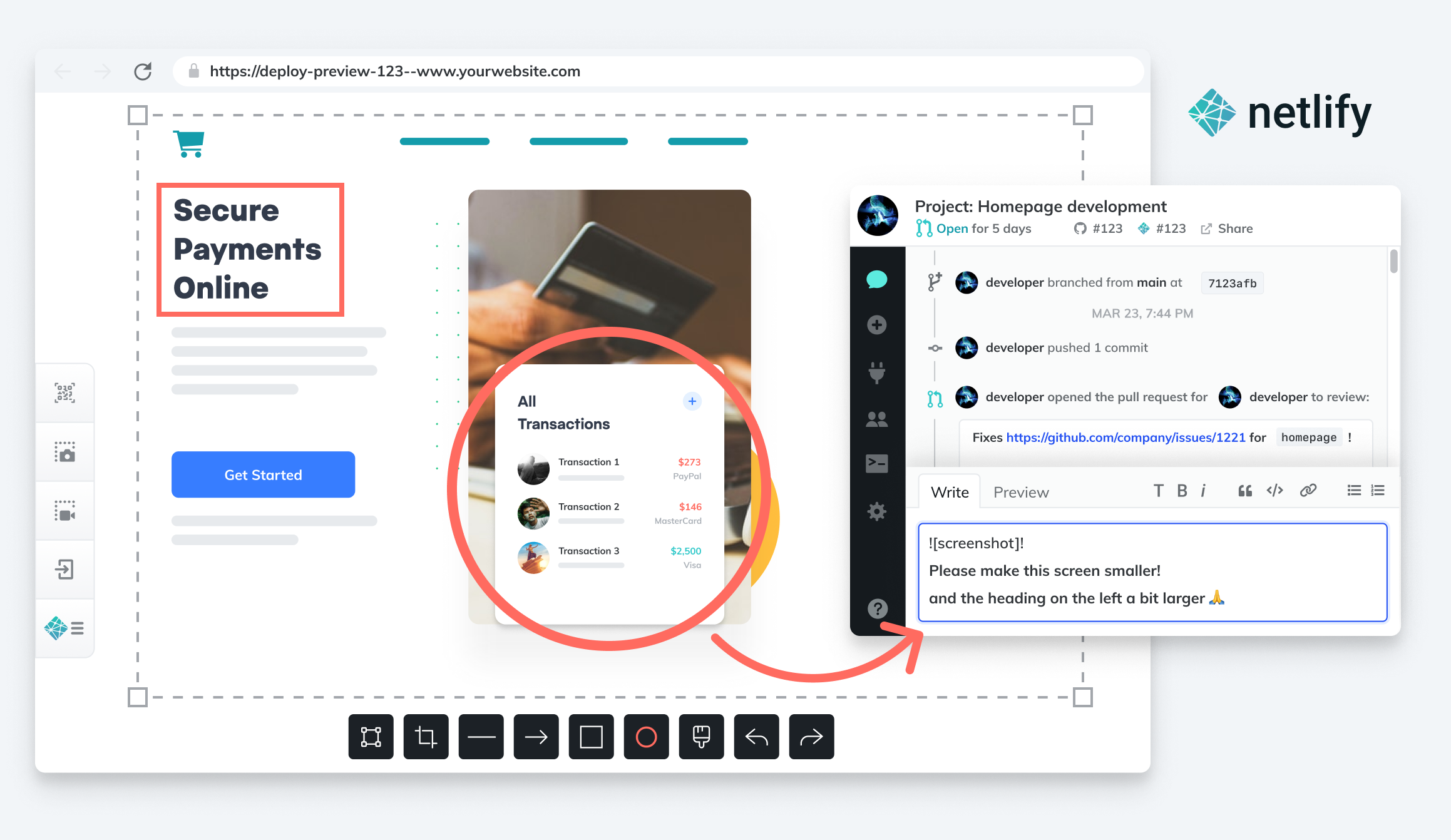 In the meantime, Netlify is also making available a free user role license for reviewers that want to make use of Netlify Deploy Previews to view recent updates to applications.

The need for more collaboration between developers and stakeholders has become more pronounced, in part, because organizations have significantly accelerated the rate at which they are investing in digital business transformation initiatives, noted Biilmann. With organization more dependent on software than ever, it’s critical for them to streamline the feedback cycle as the number of application stakeholders within organizations steadily increases, added Biilmann.

As the relationship between DevOps teams and the rest of organization continues to evolve, the amount of feedback any team is likely to receive will continue to increase. Everyone from sales teams to the board of directors now realizes how dependent the business is on software. DevOps teams will need to way to organize and prioritize that feedback. They should also expect application owners and stakeholders to follow the progress of software development projects more closely than ever because, in many cases, financial projections are now based on assumptions being made about software delivery timetables.

Many DevOps teams have been making the case to have a more central role in business planning for years. Now that many of them are getting a seat at the proverbial business planning table, however, they may soon realize they don’t really have the processes in place to absorb the overabundance of enthusiasm and anxiety that application stakeholders are likely to generate in equal measure.