New Relic has begun adding support for the W3C Trace Context standard within the agent software it uses to collect metrics for its application performance management (APM) platform.

W3C Trace Context is a specification that defines the format for propagating distributed tracing context between services. Distributed tracing makes it simpler for DevOps teams to track events across multiple services. Each step of a trace is correlated through an ID that is passed between services, with the specification defining a standard for the context propagation headers.

The W3C Distributed Tracing working group moved the Trace Context specification to the point where it could be consumed by platform vendors late last year. TraceContext has since been adopted by the OpenTelemetry project, an open source observability framework being developed under the auspices of the Cloud Native Computing Foundation (CNCF), along with providers of APM platforms such as New Relic, LightStep and Dynatrace. Vic Soares, director of product management for New Relic, said many of the individuals working on the TraceContext and OpenTelemetry projects come from the same organizations.

That approach solves an issue that arises when using proprietary formats: As trace context headers move across boundaries such as proxies, service meshes and messaging systems, proprietary headers tend to be dropped, which often winds up breaking traces, said Soares.

Soares said DevOps teams will need to upgrade the agent software they have in place to take advantage of Trace Context to provide more context across distributed services. Distributed tracing, however, will not replace sampling. Rather, distributed tracing provides a mechanism for identifying the root cause of issues that may first be uncovered using sampling techniques. 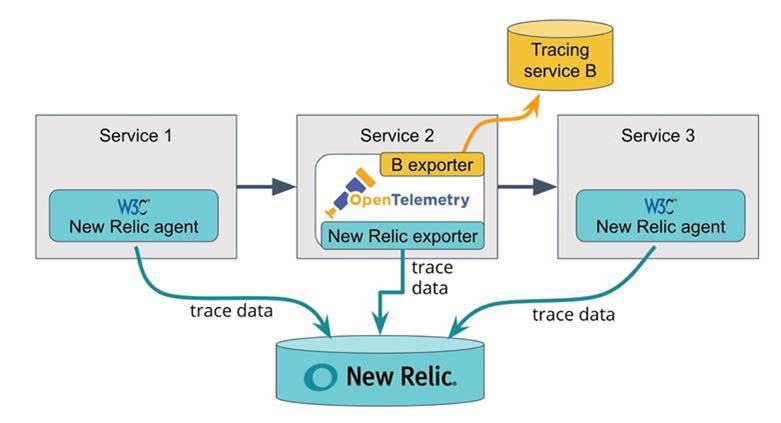 Given the complexity of microservices-based applications, many organizations that deploy these applications will be among the first DevOps teams to take advantage of distributed tracing to not just troubleshoot applications but also proactively manage their application environments. Going forward, a lot more of the DevOps focus needs to be on identifying potential issues long before they can become a bigger problem.

Open source components have become an integral part of today’s software applications — it’s impossible to keep up with the hectic pace of release cycles without them. As open source usage continues to grow, so does the number of eyes focused on open source security research, resulting in a record-breaking ... Read More
« How Integration Can Keep Up with Digital Demands
Survey Sees Little Progress in Drive to Shift Testing Left »