At its FUTURESTACK 2019 event in New York today, New Relic announced it has extended the New Relic One Observability Platform to add support for its new Logs, Traces, Metrics and AI module offerings.

Ken Gavranovic, general manager and senior vice president of products for New Relic, said his company is committed to extending the breadth of a programmable platform to address DevOps requirements flexibly, rather than forcing IT teams to stitch together multiple tools to monitor their applications.

As part of the effort, New Relic also is making it possible for customers to build applications using the data New Relic stores in its cloud platform using a framework based on React and GraphQL. The company is also making available a series of open source monitoring applications that organizations can customize in less than an hour using templates it provides.

New Relic also announced the availability of New Relic Logs, a log management service intended to make it easier for operations teams to correlate log data across application and infrastructure sources. The module will enable teams to run ad hoc searches that return queries in milliseconds without having to switch to another tool.

At the same time, New Relic announced the availability of New Relic Traces and New Relic Metrics, to help DevOps teams more easily identify dependencies across the IT environment. The goal is to make it possible for teams to understand all the upstream and downstream events occurring across a distributed IT environment using a single platform, said Gavranovic.

For example, DevOps teams will be able to monitor a serverless computing framework from within New Relic in addition to turning on a feature flagging tool that has been integrated via application programming interfaces (APIs).

Finally, New Relic AI, available in beta, will bring artificial intelligence (AI) to the platform in the form of machine learning algorithms and predictive analytics to correlate, aggregate and prioritize incident data automatically across multiple tools to reduce alert fatigue and improve mean time to resolution. New Relic AI is already integrated with PagerDuty, Slack and other tools to enable organizations to slipstream this capability into their existing workflows, said Gavranovic.

By taking that approach, organizations can embrace New Relic as an open platform by organizations regardless of their current level of IT maturity, he added. 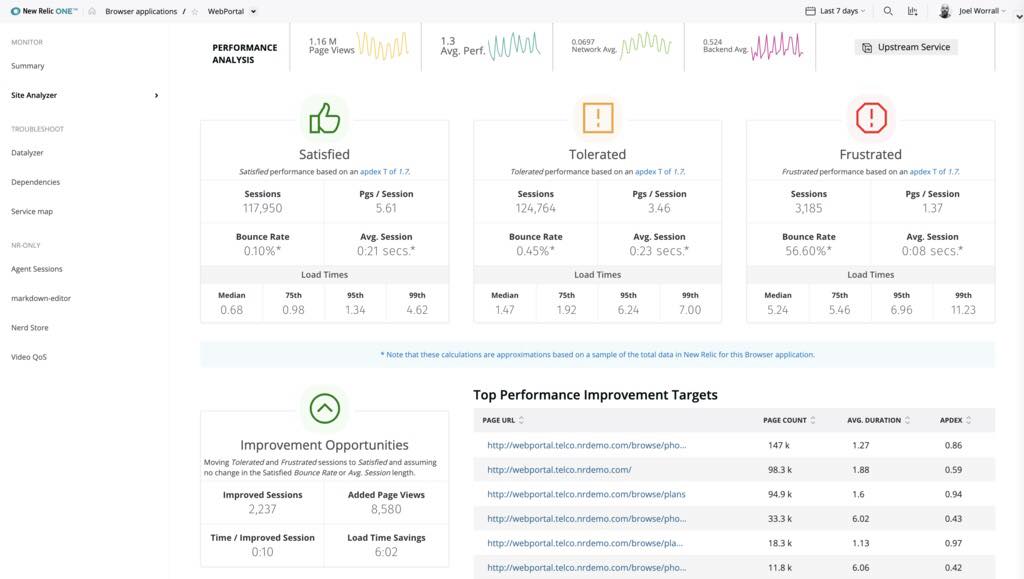 New Relic is clearly betting a single integrated tool for monitoring the entire IT environment will be preferable to integrating a wide range of disparate tools. Gavranovic believes that approach will have even more appeal as organizations embrace microservices to build and deploy applications. Given all the dependencies that exist between all those microservices, monitoring tools will need to reach across applications and infrastructure to enable DevOps teams to discover and monitor all those dependencies in near real-time.

The entire CI/CD/ARA market has been in flux almost since its inception. No sooner did we find a solution to a given problem than a better idea came along. The level of change has been intensified by increasing use, which has driven changes to underlying tools. Changes in infrastructure, such ... Read More
« Instana Releases First .Net Core Performance Management Solution that Includes Automatic Tracing of all Requests
‘DevOps in the Multicloud World’ Virtual Summit Puts IBM Z in the Spotlight »