NGINX this week announced it has developed a common framework for managing application delivery that can be applied across both monolithic and microservices-based applications.

Announced at the NGINX Conf 2018 conference, the NGINX Application Platform has been rearchitected to provide traditional load balancing capabilities and a web application firewall (WAF), as well as a built-in service mesh for managing microservices and an integrated application programming interface (API) management platform.

Sidney Rabsatt, vice president of product management at NGINX, said an update to NGINX Controller is at the heart of a much more comprehensive to approach to integrating load balancing, service mesh technologies and API management. Due out later this year, NGINX Controller 2.0 is based on a modular architecture that enables additional functions to be added via plug-in modules. The module for API management is slated for release in the fourth quarter, while the service mesh module is scheduled to become available in the first half of 2019. 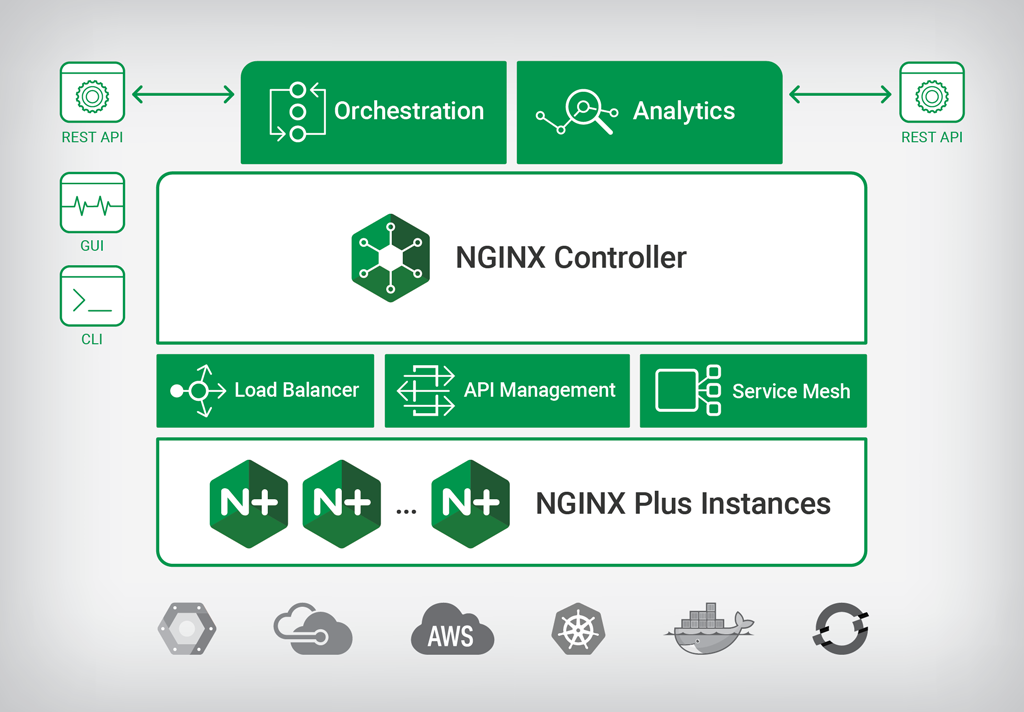 As part of that effort, NGINX this week also revealed that NGINX Plus R16, an enterprise-grade version of the core NGINX load balancing software, has been updated to apply load balancing algorithms to microservices running on Kubernetes clusters, in addition to support for Amazon Web Services (AWS) PrivateLink integration.

In general, Rabsatt said it’s clear organizations that have embraced DevOps are the most advanced when it comes to the need to unify management of application delivery. In fact, much of the recent success NGINX has enjoyed as of late starts with developers downloading an open source instance of NGINX to embed within their applications. As those instances of NGINX start to proliferate across the enterprise, more IT operations teams become exposed to the rest of the NGINX platform.