Home » Blogs » ‘Not My Problem’: A Big Problem for DevOps Teams

Show more
Show less
1.    a statement, or position, of apathy expressed by those who perceive they are external and unaffected by a negative predicament. While sometimes warranted, it is typically uttered by those who perceive themselves as powerless; can’t be bothered; are too lazy, or are selfish non-contributing leeches. See also “complete cop out”
2.    an attitude that will stymie attempts to implement DevOps in your organization and will thwart success
3.    (archaic) Actually not your problem

While perhaps it’s become more frequent in our culture of relative indifference, some of our oldest stories bear witness to how timeless the phenomenon “not my problem” is. For example, in the the biblical story of Cain murdering Abel, God asks Cain afterward, “Hey Cain, I can’t find Able. Do you know where he is?” Cain responds famously, “Am I my brother’s keeper? (NMP)” It crosses country borders and language barriers, too: A transliteration of the same sentiment in Polish is, “Not my circus, not my monkeys.”

And we’ve all been guilty of thinking it at work: “That’s not in my job description,” “I’ve got to focus on my own projects rather than bail that person out,” “That’s the Sales team’s role.” These thoughts pass uncharitably through most of our minds, despite most of our unwillingness to say something so callous to a person we witness being affected by our indifference.

It would be naïve to think that this cultural indifference was held at bay by DevOps teams, all united under the same goal of turning out quality product in the most efficient ways. Unfortunately, the NMP problem can pervade even the most motivated and scrappy teams, and it has a unique power to dismantle attempts at positive culture-building on those teams, which are necessarily built on the core values of sharing and learning.

To have DevOps teams that embody these fundamental characteristics, we have to shift the individual and team perceptions of the ownership of success and failure. It can no longer be an Ops or Dev or QA or InfoSec issue. It has to be OUR issue.

Here are some key items that I have found fundamental to combating NMP in my teams:

If you don’t want to see NMP present in your team, you need to ensure you are not a contributing source. Before ending your day, dedicate at least a few minutes of reflection to the day’s interactions. Did you actively seek out and identify areas where you can be of assistance? Upon reflection, did you miss an obvious chance to help someone on your team? Keep a daily journal and try to list these things. This will help instill the behavior into your normal regimen.

2.    Culture is What You Tolerate, not What You Mandate

We have all been a part of “hoorah” speeches where we hear the “we are a team” speech; perhaps we have given them ourselves. We have also walked away from said speeches with a cynical demeanor, knowing that they are just words and everyone is out for themselves. While words are important, words without action are just noise. As a leader, you need to communicate your “No NMP” policy, and you need to act upon it. If you are the manager of a team, you must be willing to take corrective actions against people who continue to exhibit a NMP attitude. If you are a member of a team, you must be willing to hold your teammates accountable. Apathy kills. It takes time and patience to repair NMP behavior; sometimes, however, you might need to part ways with the source of NMP. As a manager this may mean letting someone go, or as a team member it can mean letting your team go.

As readers of my blog know, I do not equate leaders to managers. I am sure that most of my readers have lived that experience firsthand. But having a non-NMP team requires us all to be leaders, even if your manager is not. We must actively try to identify areas of weakness and and areas of improvement and seek out ways to address them and turn them into areas of strength. Sometimes that even means mentoring your manager. Yes, I know this can be tricky, but good managers will be receptive and open to constructive feedback. If you manager is not and is instead a source of NMP, see  No. 2, above.

Many companies and teams have been eaten up with the cancer of NMP. There aren’t enough team-building events and “trust falls” to counteract a culture where some people break for the door while others work to resolve an issue. Because it is this behavior that causes the whole culture to collapse. It can’t be “All for One, and One for All (except Bob, because he’s a selfish jerk).”

It’s incumbent upon all of us, as team members and as managers, to fight the NMP battle. The culture of our teams most certainly is our problem.

About the Author / Adam Bowen 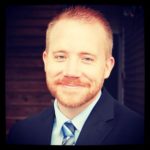 Adam is a technology leader with over 15 years of experience in technical, sales, and senior leadership roles. As the senior member of the Office of the CTO at Delphix, Adam works with other thought leaders executives of the Global F100 to eliminate key business constraints through innovative new processes, offerings and technologies. Adam serves as an evangelist on behalf of Delphix to communicate the company’s vision, values, and ideas with customers.

No matter where you are in your hybrid cloud journey, security is a big concern. Hybrid cloud security vulnerabilities typically take the form of loss of resource oversight and control, including unsanctioned public cloud use, lack of visibility into resources, inadequate change control, poor configuration management, and ineffective access controls ... Read More
« Arch Rivals
Challenges in DevOps Standardization »