Adoption of open source networking may be about to get a boost following the forthcoming acquisition of Cumulus Network by NVIDIA.

The acquisition of the provider of a network operating system (NOS) based on Linux follows an earlier move by NVIDIA to acquire Mellanox, a provider of networking and storage systems.

Kevin Deierling, senior vice president of marketing for the NVIDIA networking business unit, said Cumulus Networks adds a programmable NOS to the provider of graphical processor units (GPUs) that should find greater adoption as more organizations disaggregate the acquisition of network software and hardware. That trend toward disaggregation is especially strong in data centers and cloud computing environments that are building artificial intelligence (AI) applications based on NVIDIA GPUs, he said.

As the worlds of DevOps and network operations (NetOps) continue to converge, NVIDIA is betting interest in a programmable NOS that is designed to scale will increase as well, added Deierling.

Cumulus Networks has been trying to drive the adoption of Cumulus Linux since 2010 with mixed success. Cumulus Linux runs on more than 100 hardware platforms, including switches from Mellanox. While cloud service providers and some high-performance computing (HPC) environments have disaggregated networking software and hardware, most enterprise IT organizations continue to buy switches from Cisco Systems and Juniper Networks that come integrated with a NOS.

Cumulus Networks CEO Josh Leslie said in time it’s apparent more enterprise IT organizations will be moving toward disaggregation of network software and hardware, especially as more application workloads move into the cloud. A NOS that is not tied to proprietary ASIC technologies embedded in a switch from Cisco or Juniper Networks makes it feasible for IT organizations to benefit from Moore’s Law as each new x86 processor generation is added, he noted.

At the same time, he added, the tools for programming a NOS based on Linux are a lot more familiar and accessible to developers than tools designed for proprietary NOS platforms. 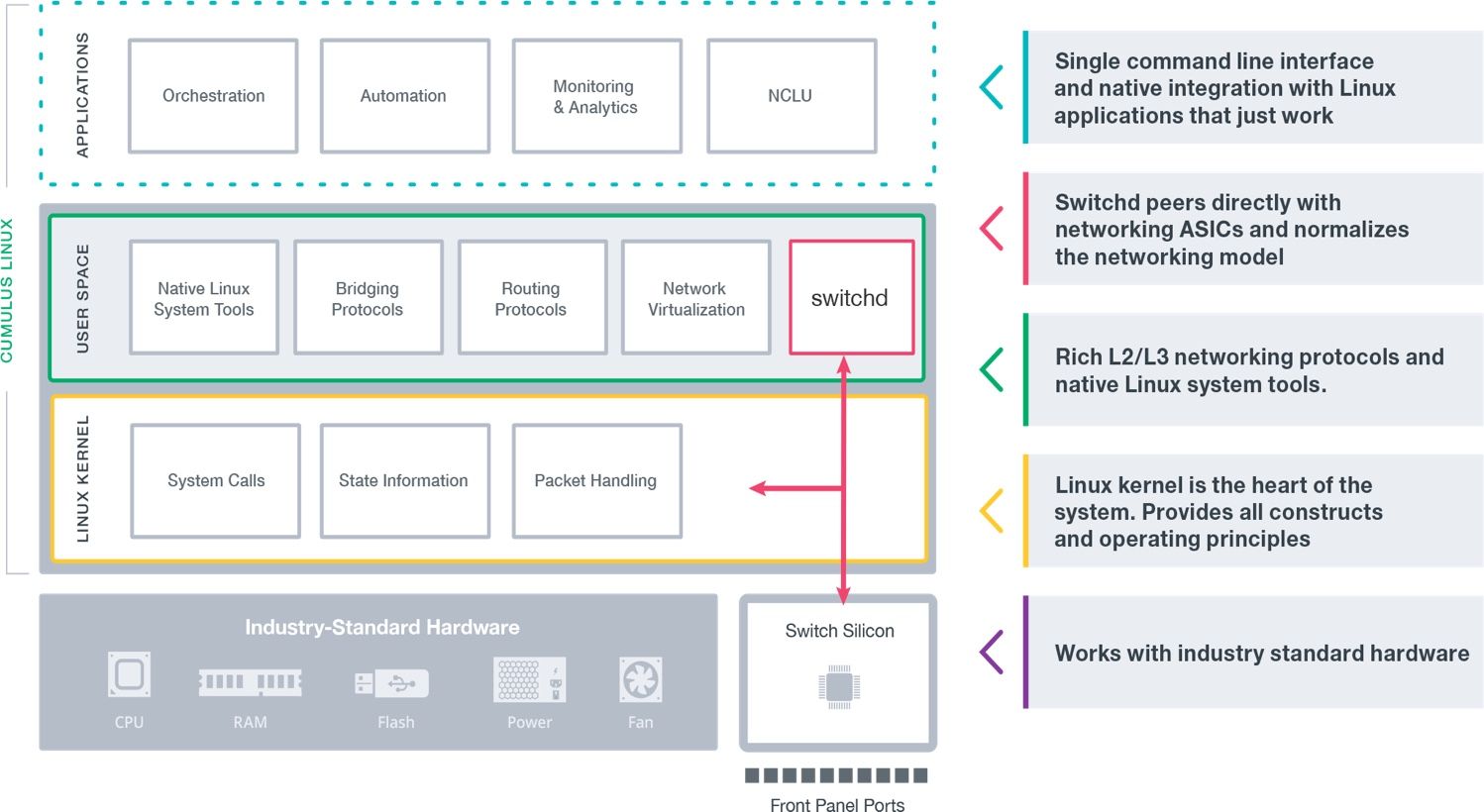 It’s too early to say to what degree DevOps teams are going to need programmable access to shared networking resources. Ideally, developers will want more programmatic control over network resources as applications become more distributed than ever. That approach would enable them to also provision network resources to applications via application programming interfaces (APIs) without having to wait for network administrators to provision them manually.

However, network bandwidth is a shared resource inside many organizations, and the concern is that one application will consume all the available network bandwidth at the expense of every other application on the network. As such, network administrators have been embracing automation and self-service portals to make network resources more readily accessible to developers without ceding total control of the network.

Regardless of the approach, networking is becoming more agile. NetOps and DevOps teams may not necessarily converge; however, as networking becomes another class of infrastructure that can be treated as code, it’s clear the days when networking services are largely managed in isolation from the rest of the IT environment are coming to a close.