Continuous integration and continuous delivery (CI/CD) are often cited as pillars of successful DevOps. To establish and optimize the CI/CD development model and reap the benefits, companies need to build an effective pipeline to automate their build, integration and testing processes. This requires architecting CI/CD with five key ingredients which, when combined effectively, operate as a successful cornerstone of DevOps and provide myriad bottom-line benefits.

Let’s first take a look at the five essential ingredients needed for a healthy CI/CD architecture, following up with a discussion of their benefits to the business:

Benefits of the Pipeline

In addition to these benefits, when combined effectively, these ingredients minimize the time and cost of local test, QA and production processes; reduce the time it takes to identify problems and their causes; and accelerate delivery of production-ready code. We can see this throughout the CI/CD pipeline:

CI/CD is a pillar of successful DevOps and according to research by CA, organizations that apply DevOps discover an 18 percent reduction in time to market of new applications and a 21 percent increase in delivering new software that they would not otherwise be able to complete. Teams that master an efficient CI/CD pipeline deliver faster, higher-quality applications to market bringing with it a 19 percent increase in revenue. Mixing these ingredients together results in an efficient, streamlined CI/CD pipeline that serves as a fundamental pillar of DevOps success that, when mixed together, delivers direct business benefits. 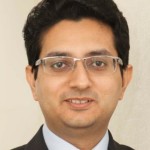 Aater Suleman, CEO & co-founder at Flux7, is an industry veteran in performance optimization on servers and distributed systems. He earned his PhD at the University of Texas at Austin, where he also currently teaches computer systems design and architecture. As a faculty member at UT-Austin, Mr. Suleman focuses on optimizing DevOps architectures involving the AWS cloud. Along with the Flux7 consultant team, he works at every step of the dev flow, from creating local developer environments using Vagrant and Docker, to continuous integration and continuous delivery using Jenkins or RunDeck, to configuration management using Chef/Puppet/Ansible, to creating efficient systems for deploying new code from Git using Capistrano/Fabric/bash. His background is as an architect, and he has experience with both hardware and software. This combination brings a unique perspective and broad view to development and operations.

Open source components have become an integral part of today’s software applications — it’s impossible to keep up with the hectic pace of release cycles without them. As open source usage continues to grow, so does the number of eyes focused on open source security research, resulting in a record-breaking ... Read More
« DevOpsQA NJ Meetup: Jenkins with Gerrit and BDD Automation
Rackspace Becomes AWS DevOps Competency Partner »