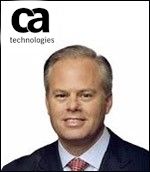 Last month I was out in Las Vegas at CA World. While there I had a chance for a one-on-one meeting with CA CEO, Michael Gregoire.  In our discussion Gregoire told me that one of the things he is most proud of in his time at CA is the fact that he has instilled a culture of an “organic engineering team”.  According to Michael you can’t truly be a successful software company (and just about every company is a software company today) or a DevOps empowered organization without this organic engineering team.

I don’t think any CEO would be against having a high functioning engineering team. But what does Gregoire mean by organic? My understanding is that he is talking about the team being internal. Not outsourced or acquired, but built, grown and nurtured within the organization.

So what does that mean for outsourcing? When software is eating the world, can you have a successful business when you can’t develop and operate your own software? If DevOps is a key ingredient in a high functioning IT organization, can you outsource DevOpst?

This was exactly the conversation I had with another person at CA World and with several people thereafter. At CA World I had a chance to speak with Rohit Antao, a Principal at PwC who heads up many of the DevOps engagements that PwC is involved in. Rohit shared with me that in many of the IT advisory and transformation engagements that the firm undertakes instilling a DevOps friendly culture and process is just about obligatory.

I asked Antao how they go about grafting a DevOps branch onto the main trunk of a company’s IT tree. Like similar paths I have heard from IBM and others, he explained that their blueprint is usually to pick a few small projects to build success upon. From these small projects where DevOps is injected they seek to expand this DevOps way deeper and deeper into the organization. The idea is that after some months the DevOps way of doing things take root. It becomes organic to the organization.

Actually this kind of engagement involving coming in and transforming IT from within, then leaving behind a team and new way of doing things while you move on to the next engagement was something I first saw put in action by a company called The Feld Group. Charlie Feld in many ways pioneered modern CIO models. He and his firm would come in and turn an IT department on its head, hire in some new leadership and when things were on track leave to the next engagement. But leave behind a solid team and culture.

This type of engagement is not only the purview of IBM, PwC and other big name firms. I had a chance to speak with Laszlo Szalvay, VP of SolutionsIQ. They are an Agile Enterprise Solutions company who today announced the acquisition of Boson-based Big Visible to form the largest agile consultancy focused on enterprise transformations.

Funny how though the names, faces, technology and tools change, the process stays the same. The same thing the Feld Group was doing 25-30 years ago is what these companies are doing today. You can graft a new culture and a new way of doing things into organizations. If planned well and done correctly you can grow your own organic engineering team.

Can you outsource DevOps though? Can you have DevOps-a-a-Service? I am not sold on that one. I guess someone will have to convince me on that before I buy into it.

No matter where you are in your hybrid cloud journey, security is a big concern. Hybrid cloud security vulnerabilities typically take the form of loss of resource oversight and control, including unsanctioned public cloud use, lack of visibility into resources, inadequate change control, poor configuration management, and ineffective access controls ... Read More
« Tips to change culture (at least in your team).
Four strategies for supporting DevOps collaboration »