“Insider threat” can be defined as the threat an employee or a contractor will use their authorized access to, wittingly or unwittingly, do harm to an organization’s security. Certainly, as organizations become data-driven, embrace data democratization and release new applications at breakneck speed, the probability of an insider threat is rising sharply.

A common example of an insider threat is granting permissions to on-call SRE engineers who may need to access system tables across multiple databases, inspect contents of S3 buckets and make changes to the production environment to fix availability issues. Every two weeks, the composition of the team may change, and the composition of services and databases may vary dramatically.

While it is impossible to completely safeguard against insider threats, organizations can better protect their data by investing in best practices that (a) reduce the likelihood of such a threat playing out, (b) limit the blast radius from an insider attack and (c) help detect the attack as quickly as possible. The third point is especially important – the Ponemon Institute’s recent Cost of Insider Threats 2020 Global Report claims that it takes, on average, 77 days to detect and contain an insider attack.

A DevOps Framework for Protecting Data From Insider Threats

For security measures to be effective, they must be non-invasive, especially in agile organizations where DevOps teams are expected to push releases several times a day.

Implementing access policies-as-code automates workflows for user and service access authorization. Using this approach, manual policy practices are replaced with “code” (policy files readable by your team and by the systems that enforce the policies) so that the right people on your team can request, approve and publish policy changes instantly.

As an example, here’s how the above scenario may be implemented as code:

Engineers can add themselves to on-call status with a code push in GitHub to a Terraform script, with only the team lead authorized to approve this action. (See example 1, below.)

Using frameworks like Sentinel, changes to production environments can be limited to only on-call engineers. (See example 2, below.) 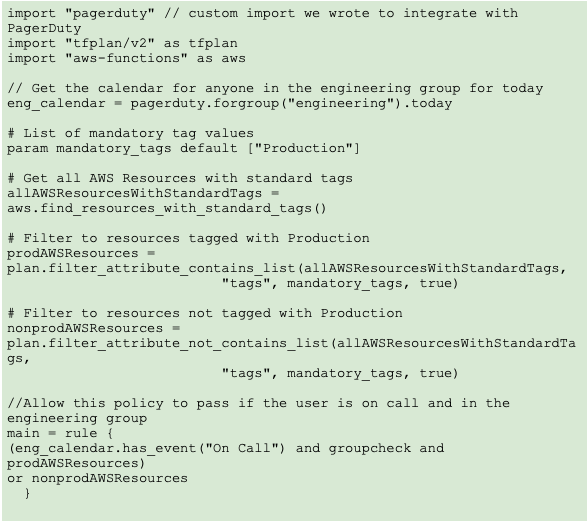 Similar policies can limit only those engineers who are able to read unencrypted content of S3 buckets by fetching keys from Vault. (See example 3, below.)

The above examples demonstrate guardrails that allow engineers to perform their duties, while drastically reducing the administrative burden on leads, resulting in fewer errors. An additional benefit of this approach is that it forces a public review of all changes to policies, which makes the security model more robust.

Zero Standing Permissions (ZSP) is a DevOps-friendly security tenet that requires any administrative privilege to be available to users only when needed, and only for as long as needed. It enables teams to configure access, via administrative privileges, to highly critical components of their infrastructure for a limited duration, with restrictions on the scope of those privileges.

Here are a few examples of how teams can implement ZSP for their databases:

SIEMs are increasingly the nerve center of every security organization. While effective threat-hunting and incident response requires several years of expertise, DevOps teams can significantly bolster the security of their cloud platforms by investing in log collection and basic analytics for all privileged activity in their environment.

These tools include services such as the following:

These logs can be visualized in tools like Kibana, where teams can look at activity pattern anomalies. These could include:

While the concept of “least privilege” as a safeguard against insider threats to data has existed for some time, the advent of cloud-native and DevOps methodology has exacerbated the challenge of implementation. In recent years, security-as-code and infrastructure-as-code have emerged as good models for implementing security solutions, and are rooted in the above framework. The future encourages collaboration across various stakeholders, documents security policies for easy review and builds on existing tools and workflows. It will help limit insider threats, limit privilege sprawl and prevent “user fatigue.” 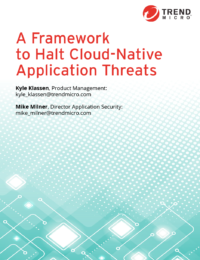