Pulumi today released the 2.0 release of its open source platform for automating the provisioning of IT infrastructure in the cloud, providing tighter integration with a dozen different continuous integration/continuous delivery (CI/CD) platforms and source code management (SCM) systems. Via the latest update Pulumi also now includes CI/CD Apps, through which pull requests will trigger Pulumi previews and updates.

In addition, Pulumi has added tools to preview changes, while making it easier to share architectural patterns, libraries and best practices.

Pulumi is designed to enable developers to provision cloud infrastructure using familiar programming tools such as Python, JavaScript, TypeScript, Go and .NET/C#. That approach eliminates the need to master YAML files or other proprietary languages and templates.

Pulumi CEO Joe Duffy said the goal is to accelerate the rate at which management of IT is shifting left toward developers by providing them with the “superpowers” need to manage cloud infrastructure. Thus far, Pulumi claims to have more than 10,000 users of its tools.

In the wake of the economic downturn brought on by the COVID-19 pandemic, it is expected the rate at which control over IT has been shifting left will accelerate. As part of an effort to either contain or eliminate headcount, many organizations will reduce their reliance on IT operations staff by giving developers more direct control over IT infrastructure.

At the same time, however, Duffy noted that many IT operations personnel are finding it relatively simple to master Python, which they can then use to leverage Pulumi to automate the provisioning of large amounts of cloud infrastructure to become more efficient. Some organizations may prefer to retain IT operations staff that have learned how to program.

It remains to be seen to what degree tighter integration with CI/CD platforms might encourage developers to take more control over IT infrastructure. Support for the CI/CD platforms supported by Pulumi—Jenkins, Spinnaker and GitHub—will make it easier for developers to achieve that goal. Less clear is the degree to which developers want to take control over infrastructure. Regardless, many of them may soon have little choice in the matter. 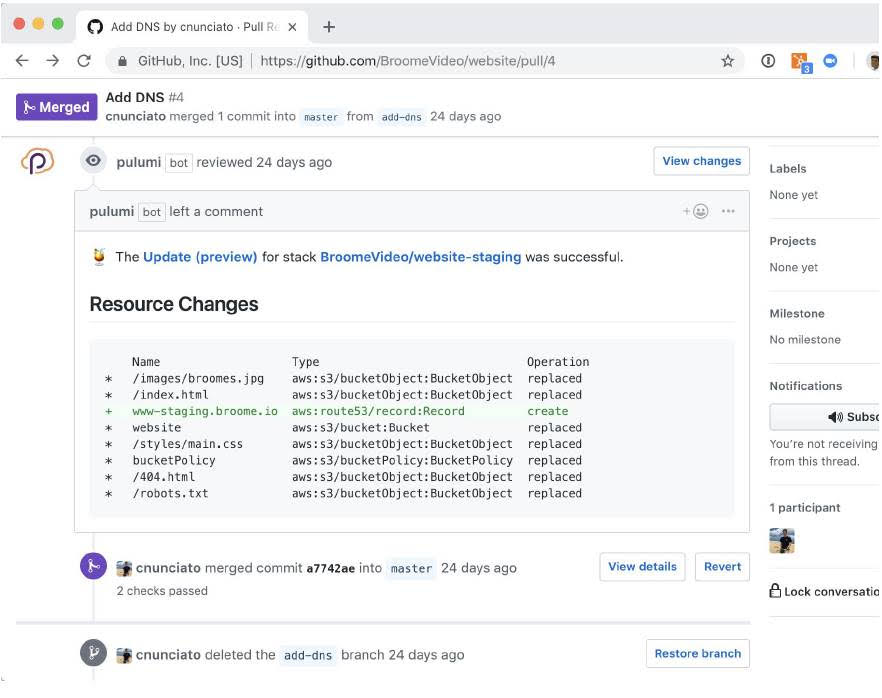 Of course, Pulumi is not the only framework via which the provisioning of cloud infrastructure can be automated. It does, however, make it easier for developers to provision infrastructure without having to spend time learning the nuances of another set of programming tools. Even in organizations that do shrink the size of their IT staffs, there will still be pressure on developers to deliver more code faster. The amount of time developers may want to allocate to managing IT infrastructure is likely to be limited at best.

Whatever the path forward, many organizations will soon discover they can’t afford to wait any longer for their internal IT cultures to embrace best automation and DevOps practices. Economic pressure to optimize constrained IT resources are likely to become intense. No one may know for certain how long the downturn may last, but it is already apparent many organizations will be trying to do a lot more with less in the days ahead.

The entire CI/CD/ARA market has been in flux almost since its inception. No sooner did we find a solution to a given problem than a better idea came along. The level of change has been intensified by increasing use, which has driven changes to underlying tools. Changes in infrastructure, such ... Read More
« Research Reveals Demand for Mainframe Innovation Will Surpass Non-mainframe Innovation in 2020, Requiring New Ways of Working
Self-Service Portal From env0 Reins in Public Cloud Costs »