There’s been a lot of talk and momentum lately when it comes to continuous delivery. And it seems every enterprise has moved part, or all, of its development efforts to continuous delivery—or is at least talking about doing so. But there are many challenges such as security, dealing with legacy systems and internal politics associated with the move. With that in mind, we wanted to get a sense of where continuous delivery stands in the market today. And for that we turned to Kevin Bell of continuous integration and delivery platform maker CircleCI.

Kevin Bell has been a both developer and product manager of cloud-based software products, and is currently developer evangelist at CircleCI, where he gets to play with almost every deployment-related technology out there, hack a little Clojure and absorb the wisdom of very smart colleagues and customers. We thought it’d be a good idea to get his perspective on continuous delivery in the marketplace. 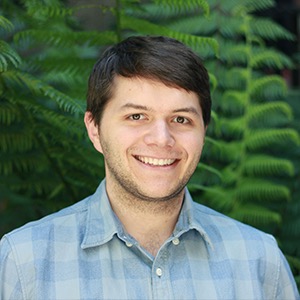 DevOps.com: I wanted to get a sense from you where your customers are in the range of continuous integration and continuous delivery? What are you observing in the market?

Generally, I would say of our customers, on the order of half of the active customers, are deep into continuous delivery. There are certainly people that just use us to test and then do something else to deploy, and then there are those who aggressively, many times a day, deploy to production directly from CircleCI in a totally automated fashion. So we definitely have both extremes and then people that are experimenting in the middle on trying to figure out how to make that jump.

DevOps.com: Have you seen many of these changes in the past year? And are many of the changes to continuous integration and deployment happening outside of Internet and SaaS (software-as-a-service) companies?

Bell: Lots of companies want to do it. So one change I’ve seen in the past year is that, not necessarily a change in the market, but a change in CircleCI’s world is that we have rolled out an enterprise version, which basically means a version of CircleCI that you can deploy behind your firewall. We are seeing a lot of interest in this among bigger companies. And we’re talking to a lot of different types of companies that are not SaaS companies, but are just any kind of company from apparel to finance institutions—just all manner of companies that take their internal software development practice very seriously, and very much want to do continuous delivery and have a modern software delivery methodology.

It’s kind of just becoming table stakes that you’re going to follow these kinds of practices today, even if you’re not a SaaS startup. It’s not just about software deployment, either. It’s also necessary to attract talent.

DevOps.com: I would imagine, because we’re starting to see pilots and success stories, enterprises are seeing that it’s not just speed when it comes to feature release, but once the continuous delivery pipeline is up and running, it’s a more effective way to create and maintain software.

Bell: That’s definitely a big part of the promise of continuous delivery, and I think it delivers. Pardon the pun. It does let you get software features out faster. If you do end up releasing a bug, it lets you fix it faster. But I think some of the most emotional stories of success that I hear from people talking about the dark old days when they deployed at once every two weeks, or once every month, is just how risky that felt. And when they clicked the big deployment button in those days, how much was at stake and how many things could go wrong because it was such a big blob of software being deployed all at once. A big part of the idea of continuous delivery is that you don’t do those big bang software deployments. You’re always just putting out a little bit at a time, and keep everything in an equilibrium throughout the process.

DevOps.com: These enterprises that you were talking to, what are some of the challenges or hurdles they have moving from legacy development to continuous deployment? What are the barriers they need to overcome to get to where they want to be?

Bell: There’s certainly various barriers, and it depends on the organization. Some organizations have a momentum built around a certain process. Maybe there’s political issues in an organization, maybe they have a new CIO that wants to change how they do things, but they have a lot of legacy software and processes that still operate in the old-mold paradigm that they need to update. So there are a lot of systematic challenges organizations run into. But there are definitely technical challenges, too. And I think just broadly to compare, for example, continuous integration and continuous delivery, I would say that continuous integration has been around longer now and has kind of matured a bit.

And a lot of the challenges have been uncovered within continuous integration when it relates to complicated and offbeat projects, whether that’s using things like mobile emulators like you can use on CircleCI to do iOS testing, or mobile device clouds, or browser testing, or all these things to kind of fill in the gaps, and test suites for big complicated software has sort of been explored and addressed to a large extent. But in continuous delivery there remain complicated, nontrivial systems that they’re deploying, not just little apps that go to Heroku or something. There’s this whole world of different policies and structures of software and systems that need to be continuously delivered. I think the industry and toolset makers are still exploring how to provide that.

DevOps.com: Earlier you mentioned that if an organization wants to attract talent, they need to have these modern development processes in place. So I would imagine developers don’t want to get bogged down, in their view, in old methodologies and want to get aligned with companies that have these more modern practices as part of their career development?

Bell: That’s come up often at big companies. I would say that category of Fortune 500 companies, and not just software companies, they need to assure potential hires that they have modern software practices, and that even though they’re not a software company per se, that they value developers, and that they’re going to be a good place to work.

Now, more than ever, companies who rapidly react to changing market conditions and customer behavior will have a competitive edge.  Innovation-driven response is successful not only when a company has new ideas, but also when the software needed to implement them is delivered quickly. Companies who have weathered recent events ... Read More
« The R Word
How DevOps is Killing QA »