Quest Software today extended the reach of its mobile device management (MDM) service to provide more granular control over mobile devices and applications in addition to being able to track their location.

Capabilities being added to the KACE Cloud MDM service include support for a “Kiosk Mode” for Android devices that allows administrators to lock down a device and limit activity to a specific application or task, as well as a Disallowed Apps feature that brings the same level of blacklisting capability to Android devices that currently exists for Apple iOS devices.

Quest Software has also added file encryption tools for MacOS devices and extended the multi-tenant capabilities of cloud service to enable profiles to be applied within Apple Business Manager or Apple School Manager.

Jody Evans, product manager for KACE Cloud MDM at Quest Software, said the latest updates to the service are intended to make it easier for IT teams to manage a broad range of mobile computing devices using a cloud service they don’t have to deploy and manage.

Longer-term, the goal for most IT teams will be to unify endpoint management as much as possible relying on cloud services. In the meantime, most organizations will continue to rely on a mix of cloud services and local appliances to manage endpoints, said Evans. 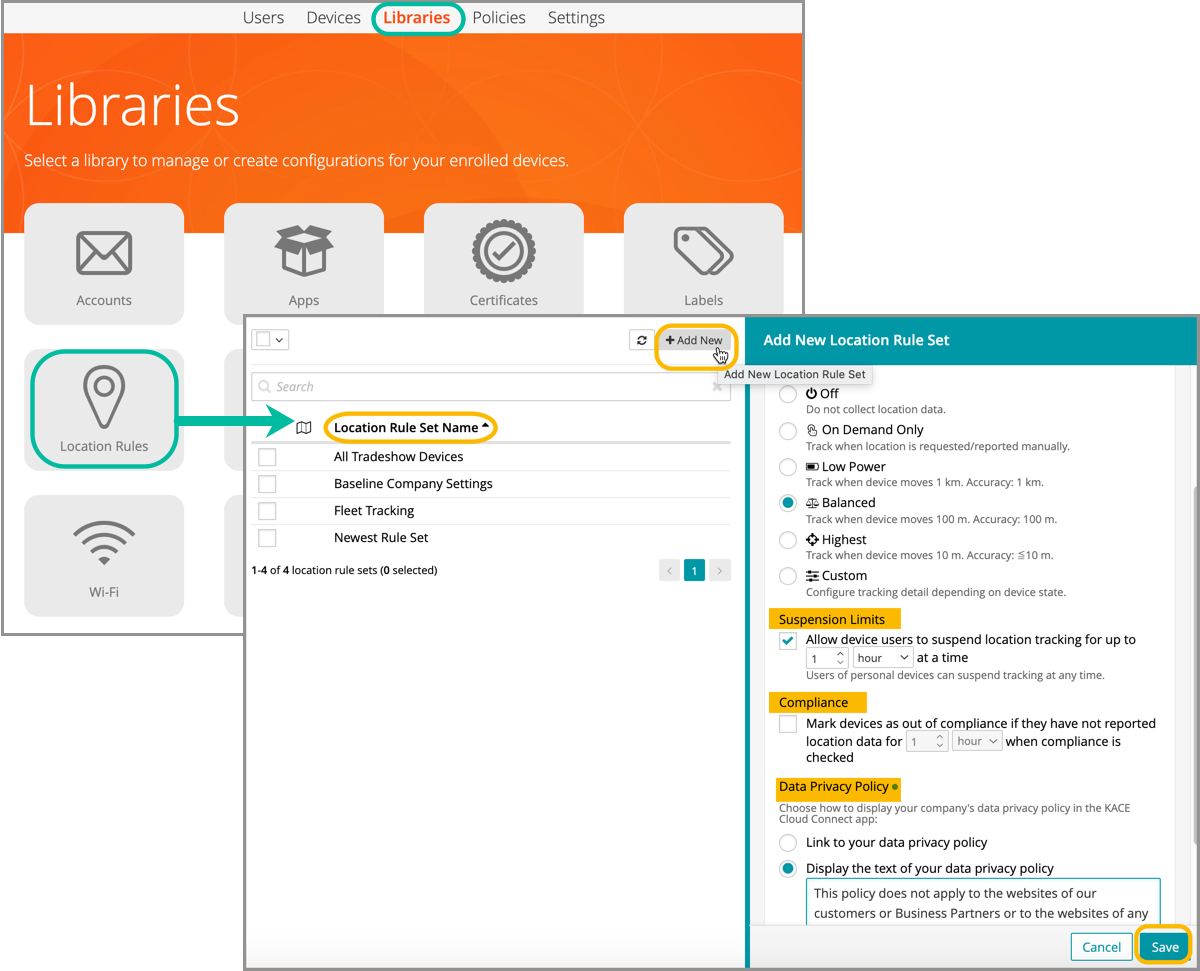 It’s not clear to what degree or at what rate IT organizations are unifying the management of endpoints. Internal IT teams tend to manage desktops and laptops. Mobile computing devices such as tablets and smartphones, however, are often managed via portals provided by telecommunications carriers or managed service providers (MSPs).

Competition across the IT systems management category is naturally fierce. The KACE product line has been around since 2003, when the company developed appliances to automate the management of Windows desktops. In 2010, Dell acquired KACE Networks and in 2012 it acquired Quest Software, which, along with KACE Networks and SonicWall, became part of Dell Software. At roughly the same time, VMware, also part of Dell, had also been expanding its reach into the realm of MDM via acquisitions.

To help raise the cash needed to take Dell private, Quest Software and SonicWall were formally separated into two separate companies that were sold to venture capital firms. The KACE product line remained with Quest Software. Since then, Quest Software has been gradually rolling out instances of its portfolio that are delivered as a cloud service.

At the same time, however, ITSM is being transformed by the rise of DevOps. While most endpoints are still managed using service desks based on ITIL frameworks that typically rely on job tickets to manage tasks, many of the mobile applications that reside on those platforms are being managed using DevOps processes to deliver a richer end user experience faster. It’s not at all clear to what degree the management of endpoints using ITIL processes and mobile applications using DevOps processes will converge.

In the meantime, reliance on mobile applications and devices continues to increase. Many end users now spend more time on tablets and smartphones than they do in front of traditional desktop systems. The challenge IT teams now face is determining the best way to manage an IT endpoint landscape that has never been more diverse or complex.

No matter where you are in your hybrid cloud journey, security is a big concern. Hybrid cloud security vulnerabilities typically take the form of loss of resource oversight and control, including unsanctioned public cloud use, lack of visibility into resources, inadequate change control, poor configuration management, and ineffective access controls ... Read More
« Lenovo Looks to Automate Edge Computing
Customers and Commerce »