Rackn announced the Digital Rebar platform it created to automate the provisioning of bare-metal infrastructure now can be applied simultaneously across multiple physical sites.

Hirschfeld also noted IT teams can also set up mirrors of data centers, now that Digital Rebar can be employed across multiple sites.

IT teams that adopt Digital Rebar can define workflows through which, for example, instances of virtual machines or Kubernetes can automatically be deployed on hundreds of thousands of servers in about an hour, said Hirschfeld.
Accomplishing that same task using manual processes would take most IT teams six months, he noted, adding IT teams can even use Digital Rebar to deploy instances Kubernetes on virtual machines at scale. 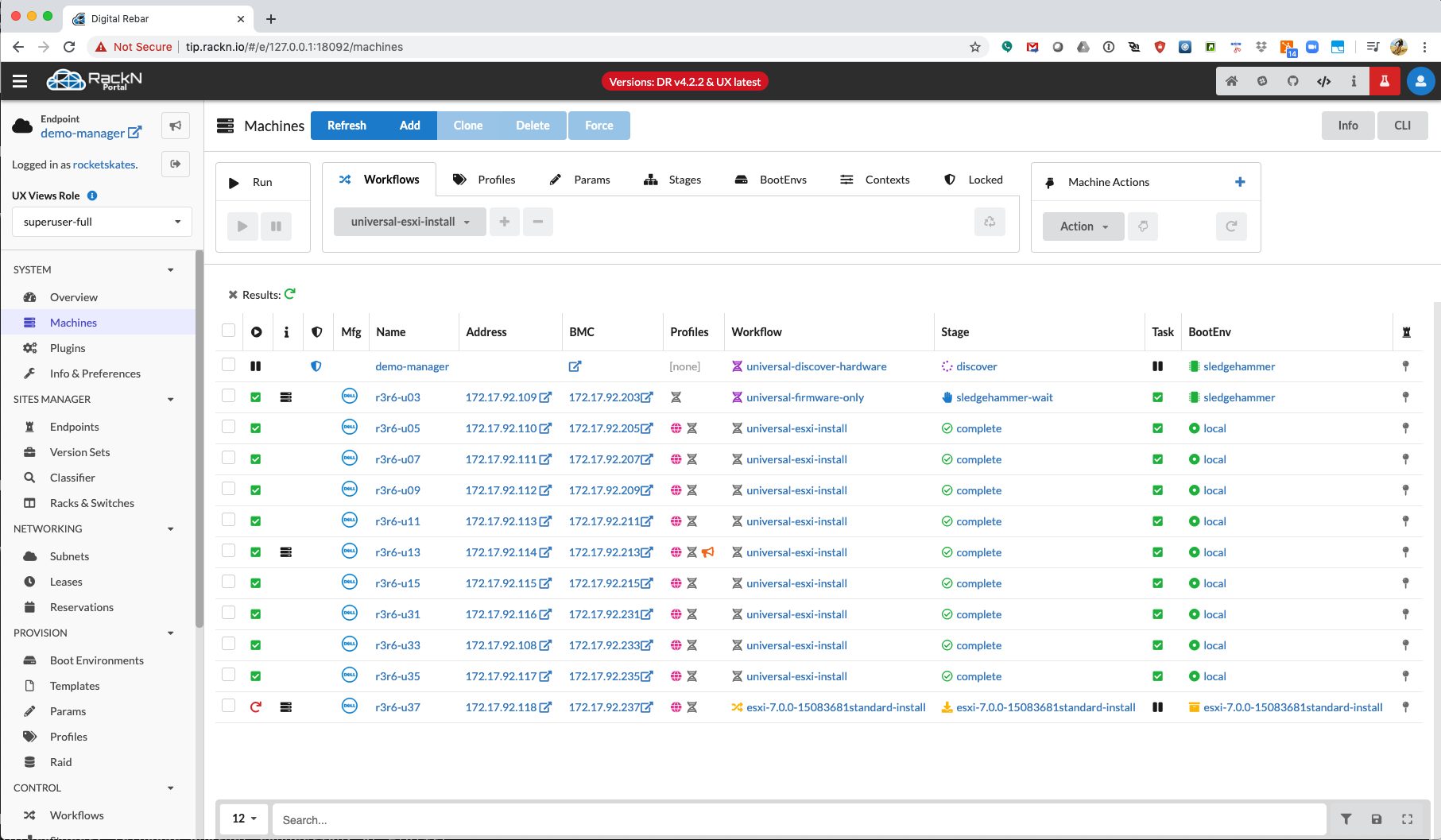 Hirschfeld noted many IT teams assume they need to have a layer of virtualization in place before they can start automating the management of their IT environment. Digital Rebar provides a framework around a common set of application programming interfaces (APIs) through which servers, storage and networking resources can be provisioned consistently. In addition, IT teams can set up a to manage IT infrastructure on an ongoing basis, including firmware and operating system updates and cluster configurations.

Digital Rebar doesn’t necessarily replace the need for frameworks such as OpenStack or VMware vSphere. However, it does provide a simpler mechanism for installing them. Alternatively, IT teams can employ Digital Rebar to deploy software such as Kubernetes on a bare-metal server.

Hirschfeld said Digital Rebar is designed to be deployed on-premises or in a public cloud rather than be accessed as a software-as-a-service (SaaS) application. That approach means IT teams operating in highly regulated industries can still take advantage of the framework, he said.

While the concept of IT as code has been around for a while, IT teams that are being asked to now manage IT at an unprecedented scale are turning to IT automation frameworks in larger numbers. Hirschfeld said Digital Rebar is now designed to replace other frameworks as much as it is to provide a complementary framework for specifically managing bare-metal infrastructure. In fact, Digital Rebar can be access vis Terraform or Ansible using a plug-in that Rackn makes available.

Rackn also plans to extend the reach of Digital Rebar out to edge computing platforms as well as endpoints based on, for example, Raspberry Pi platforms, he added.

Most IT teams will eventually wind up employing multiple IT automation frameworks in place of thousands of custom scripts that many IT professionals have developed themselves. The issue with most of those scripts is they don’t tend to scale especially well. In addition, they are usually poorly documented so when the author of the script leaves the organization the remaining IT staff wind up having to write another custom script because no one is quite sure how the script in place works. Whatever the path forward, the one thing that is certain is the days of being able to get by manually provisioning platforms is finally coming to a merciful end.