RackN is making available an update to the RackN Digital Rebar Platform that will make it easier to employ tools such as Terraform to configure bare-metal servers.

Company CEO Rob Hirschfeld said version 4.4 of the platform adds an application programming interface (API) that enables bare-metal servers to be abstracted into resource groups. IT administrators can request a machine based on an attribute map to provision a collection of bare-metal servers as if they were a cloud platform, he said, noting RackN is also making available workflows to enable IT teams to automate the allocation and reallocation processes more easily. 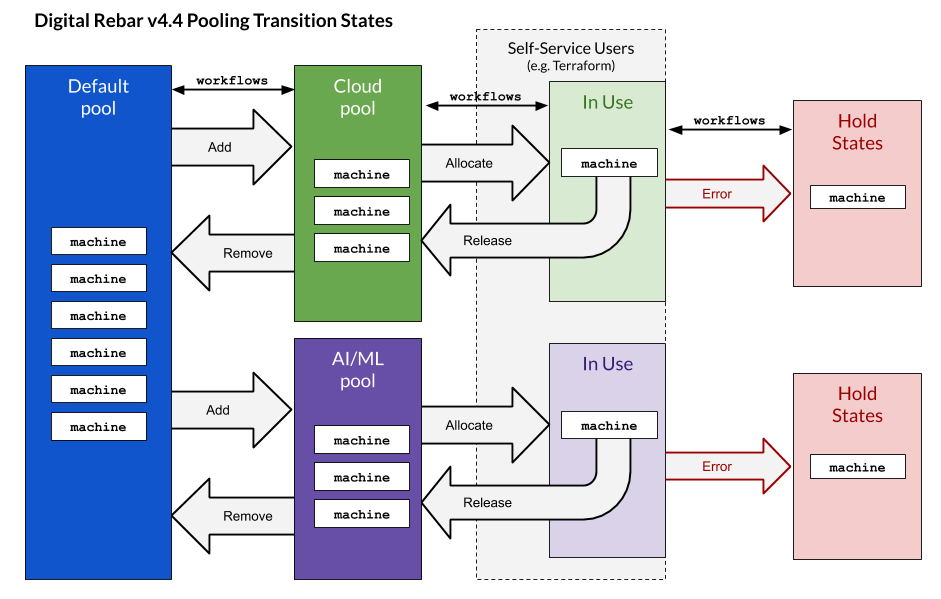 At the same time, the latest release of RackN Digital Rebar Platform adds support for Trusted Platform Module (TPM) Secure Boot, an industry standard that ensures only software that is trusted can be loaded onto a machine. Most automation platforms don’t support TPM Secure Boot, which forces IT teams to choose between the benefits of automation and having a secure platform. RackN Digital Rebar Platform is the only automation framework to support (TPM) Secure Boot in VMware environments, Hirschfeld claimed.

Out-of-band management passwords, TLS certificates and VLANs will also be secure by default with this latest release, he said.

Hirschfeld said IT teams want to be able to provision bare-metal servers as if they were code in much the same way they provision virtual machines. Just as importantly, they require an automation tool that enables them to just as easily de-provision those machines when it comes time to reallocate them to another workload.

Achieving that goal, however, should not require IT organizations to hire a site reliability engineer (SRE), he said, noting the RackN Digital Rebar Platform is designed to be employed by the average IT administrator. An SRE could define workflows within the RackN Digital Rebar Platform that are reused by IT administrators; in fact, RackN plans to add support for Git repositories that will make it easier to share workflows, Hirschfeld added.

While the reasons for deploying workloads in the cloud versus on-premises IT environments are varied, the automation advantage cloud platforms historically have enjoyed over on-premises IT environments is narrowing at a time when interest in deploying Kubernetes clusters on bare-metal servers is rising. It may be a while before most IT teams are able to manage bare-metal servers as if they were just another cloud resource. The main obstacle for achieving that goal now, however, is likely to be a lot more cultural than it is technical.

In the meantime, IT teams should expect to see bare-metal servers employed more widely in the age of containers. There will, of course, always be a need for virtual machines, at least in the foreseeable future. The challenge is the IT infrastructure environment itself is becoming more diverse as new classes of cloud-native application workloads emerge.