During the online Ansiblefest, Red Hat announced the availability of a preview edition of Red Hat Ansible Automation Platform 2 that is intended to make it easier to automate IT processes at scale.

Richard Henshall, senior manager for Ansible product management at Red Hat, said previously most IT teams have been automating individual processes, but as organizations become more adept at creating playbooks to automate processes, they now need to find ways to manage multiple automations that are often dependent on one another.

Ansible Automation Platform 2 also enables IT teams to automate processes that span both monolithic as well as cloud-native applications based on containers using an automation controller, formerly known as Ansible Tower, that is more tightly integrated with Red Hat OpenShift, an application development and deployment platform based on Kubernetes, using Red Hat Operator tools. There is also an automation mesh capability that connects disparate automation components together and provides status checks.

Ansible Automation Platform 2 also introduces automation execution environments within Ansible Engine that make it possible to create self-contained automation spaces that can be easily replicated and repeated across an organization.

Red Hat also includes an automation content navigator to helps teams validate that automation content is working as it should across even the largest environments, along with updates to the Red Hat Insights analytics service that enable issues that might occur with automation controllers to be surfaced and eliminated by automatically applying policies. 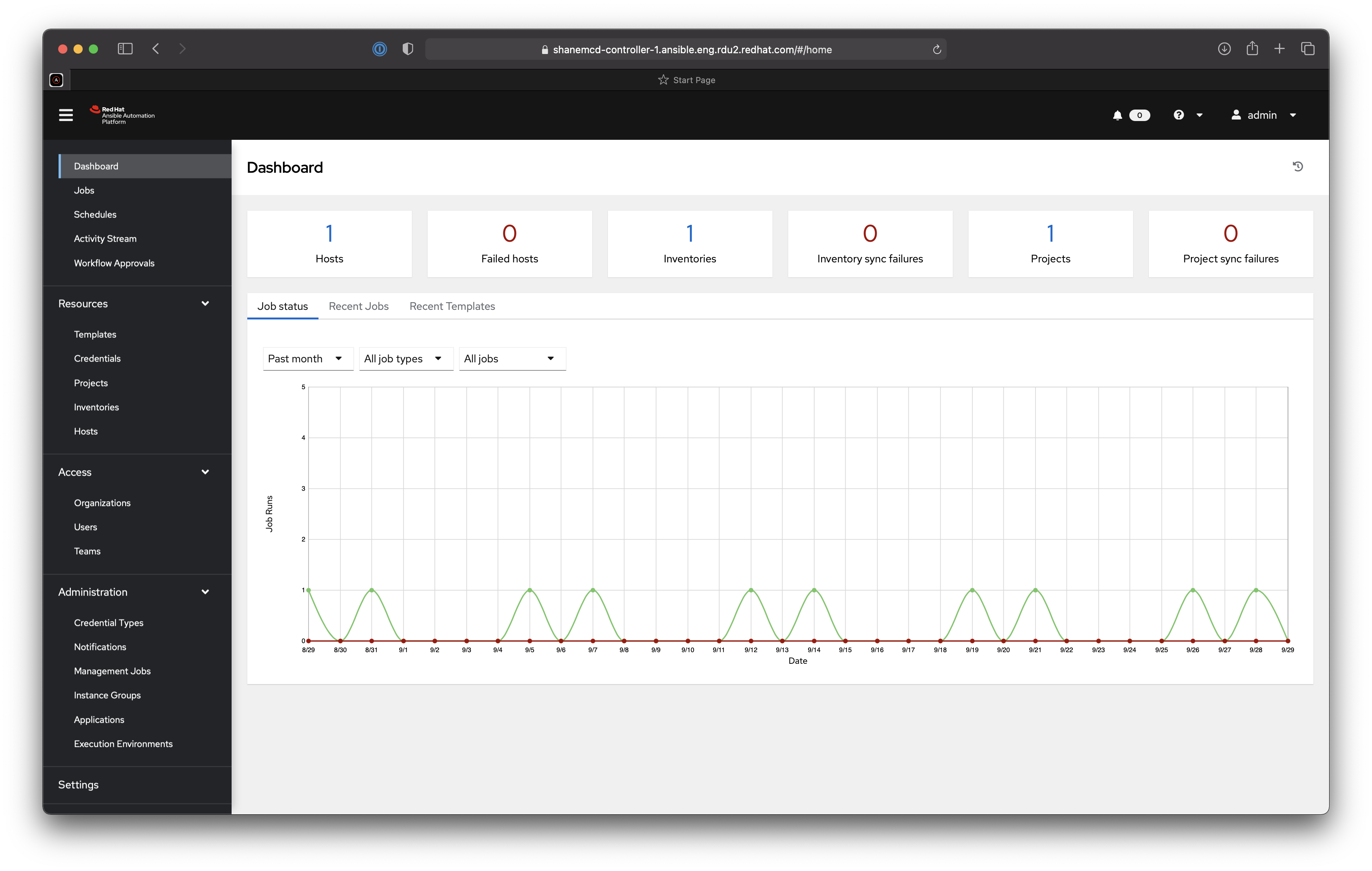 Henshall said going forward, IT teams should expect to see Red Hat focus more on enabling events to be the catalyst for triggering automation. Today, most automated processes begin with an IT administrator triggering the process. However, as digital business transformation initiatives mature, it’s become apparent there will be a need to trigger automation when specific events occur.

Henshall said while there are still many organizations that are just starting to automate IT processes, there are also many that are entering the next phase of maturity. As such, they now require an automation platform that makes it simpler to manage automation at scale.

In general, Ansible is designed to make it possible for developers and IT operations teams alike to declaratively create automation without much programming expertise required. However, creating a playbook that works reliably still requires a deep understanding of the processes that are being automated. Most IT teams would be well advised to closely monitor processes when they are first automated to make sure they are performing tasks as anticipated.

Ultimately, it’s now a question of when rather than if most IT processes will be automated. DevOps teams, of course, have always been at the forefront of automation, but now it’s clear that as IT environments become more complex—with the rise of both the cloud and edge computing platforms—enterprise IT teams need to embrace automation more aggressively. The biggest barrier to automation is simply finding someone who has the passion to automate a process to lead the charge, said Henshall.

Naturally, most of those efforts will initially focus on repetitive, tedious and manual IT tasks, but the potential to automate IT processes at levels of unprecedented scale has never been greater.

“The Automated Enterprise” e-book shows the important role IT automation plays in business today. Optimize resources and speed development with Red Hat® management solutions, powered by Red Hat Ansible® Automation. IT automation helps your business better serve your customers, so you can be successful as you: Optimize resources by automating ... Read More
« The New(ish) Complexity
CloudBees Acquires Neuralprints to Shift Compliance Left »