Thousands of SREs, on-call engineers and DevOps pros all over the world dread nothing more than the late-night incident alert. The pager buzzing at 2:00 a.m. can cause panic for SREs and leave IT and DevOps teams with quite a mess to contain. But incident response doesn’t have to cause panic if you have the right automation tools in place. If you have ever wondered why companies like Amazon, Google and Zoom rarely suffer service outages and downtime while other companies struggle to achieve similar efficiencies, you’re not alone. In fact, you’re halfway to understanding what makes incident response automation such a vital component of your workflow.

Without a doubt, the best way to take back control over manual incident response and—once again—sleep through the night is to implement a powerful automation solution for incident response. We’ve listened to stories from SREs around the globe about the benefits of automated incident response. Plus, we’ve experienced them ourselves (from companies like Cisco, for example).  In the end, we’ve learned a thing or two about creating efficiency by leveraging automation and integration. Below, we’ll briefly cover how leveraging automation to remediate issues with or without a human in the loop is the best way to say goodbye to 2:00 a.m. wake-up calls.

An Overview of Incident Response

First, a staggering fact: In 2019, 17% of global enterprises lost more than $5 million every hour their servers were down, according to Statista. Even for smaller companies, the cost of servers going down is enormous. Following the news of Facebook’s recent outage (losing $13.3 million an hour; not counting the loss from the stock price drop), the need for minimizing downtime and reducing these costs is clear. 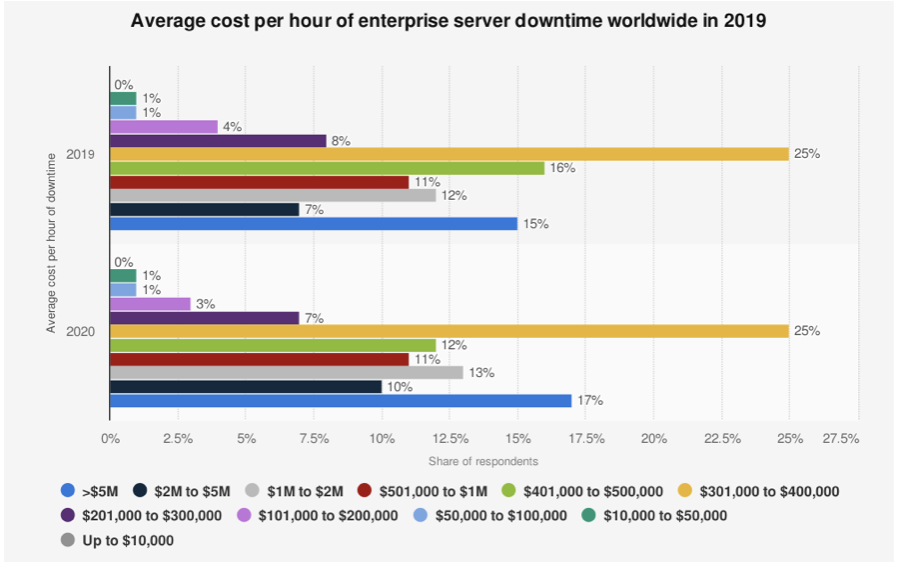 In order to fix issues faster, organizations need an easy-to-use tool that SREs and DevOps teams can implement to troubleshoot and automate incident response. For one, users should opt for a drag-and-drop system. This method is preferred over headless automation tools that too often result in data loss and extended downtimes.

Next, IT organizations need to take the next step with automation and implement best practices. We can go from asking “How do we bring in automation?” and start to think in terms of “What are the use cases when I do?” A winning incident response toolset will help customers navigate this challenge. An automation platform should also allow users to fine-tune workflows with a library of connectors and actions that are comprehensive enough to get the job done. Ideally, your cloud stack should include several functions such as alerting (such as PagerDuty), monitoring (like Datadog) and analytics (Splunk, for example), while integrating with collaboration tools like Slack and Jira.

What Are Some Typical Use Cases?

It’s all hands on deck when that 2:00 a.m. incident response alert goes off. Why rely on manual responses which can often lead to broken uptime SLAs and even drag down a company’s reputation? Automation is the key to operating any large-scale service in the cloud.

The costs of extended periods of downtime don’t stop at the checkbook. When incidents occur without drag-and-drop automation, long-term side effects can dramatically up the company’s losses.

Orchestrated automation tools provide credential management, templates, playbooks and data processing for any company size. They empower users to curate services to their liking as well.

Sign up for this upcoming DevOps.com webinar on Monday, October 25th at 3:oo p.m. Eastern. We hope you’ll join us to learn more about how to integrate automation into your workflow and stop those pesky 2:00 a.m. wake-up calls.