The concepts of communication, collaboration, abstraction, automation and orchestration are cornerstones of the rapidly growing DevOps movement. At the same time reliance on virtualized infrastructure and Infrastructure-as-a-Service has exploded, making manual provisioning and management simply not feasible anymore; it takes too long and locks up too many resources. Modern DevOps methods and tools have emerged, allowing IT organizations to move faster and with higher quality, thus giving them the ability to respond to the business with more agility.

Now security teams have an opportunity to learn from the DevOps experience. Manual policy provisioning and security operations in highly dynamic IaaS environments simply doesn’t work, for the same reason it doesn’t work for DevOps teams – the pace of change is simply too to fast to handle manually.

Applying security policies based on static parameters and making manual rule changes just before production leaves little time for provisioning the policies. This impacts release quality, increases risk of errors and slows down the DevOps cycle.

Trying to use DevOps orchestration tools to provision security can leave companies exposed since these tools lack critical controls and don’t integrate with the rest of the security infrastructure.

To solve these challenges, IT and security teams need to adopt platforms and processes that match the speed and agility of their DevOps brethren.

Here are the key ingredients you should look for in security solutions that can move at the speed of DevOps:

By implementing a security solution that incorporates all of these attributes, IT can bring security into the high speed, high quality DevOps model that is now required to provision and manage modern infrastructure. 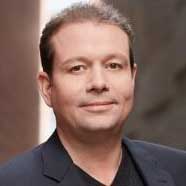 Amrit Williams is the CTO for CloudPassage. Previously Amrit was the Director of Emerging Security Technologies and CTO for mobile computing at IBM. Prior to IBM, Amrit was a research director in the Information Security and Risk Research Practice at Gartner, Inc. where he covered vulnerability and threat management, network security, security information and event management, risk management, and secure application development. Previously, Amrit was a director of engineering for nCircle Network Security, and undertook leadership positions at Consilient Inc., Network Associates, and McAfee Associates.

Open source components have become an integral part of today’s software applications — it’s impossible to keep up with the hectic pace of release cycles without them. As open source usage continues to grow, so does the number of eyes focused on open source security research, resulting in a record-breaking ... Read More
« What CIOs need to know about building deployment quality
Appster Must Produce Mobile Apps Using Nimble DevOps Practices (It Has No Choice)! »