Sentry this week extended its namesake observability platform for code to provide tighter integration with the DevOps platforms provided by GitHub and GitLab.

Application development project managers can now assign issues to DevOps teams by integrating directly with the CODEOWNERS file in GitHub or GitLab. Error messages, for example, can now be automatically routed to individuals or teams that own the code via notifications in Slack.

IT teams can now also identify and prioritize issues based on user impact by setting alerts based on when an issue exceeds a certain percentage of user sessions within a specific amount of time.

Sentry CEO Milin Desai said that the percentage-based approach to alerts reduces the overall noise being generated in a way that enables DevOps teams to better prioritize their remediation efforts. 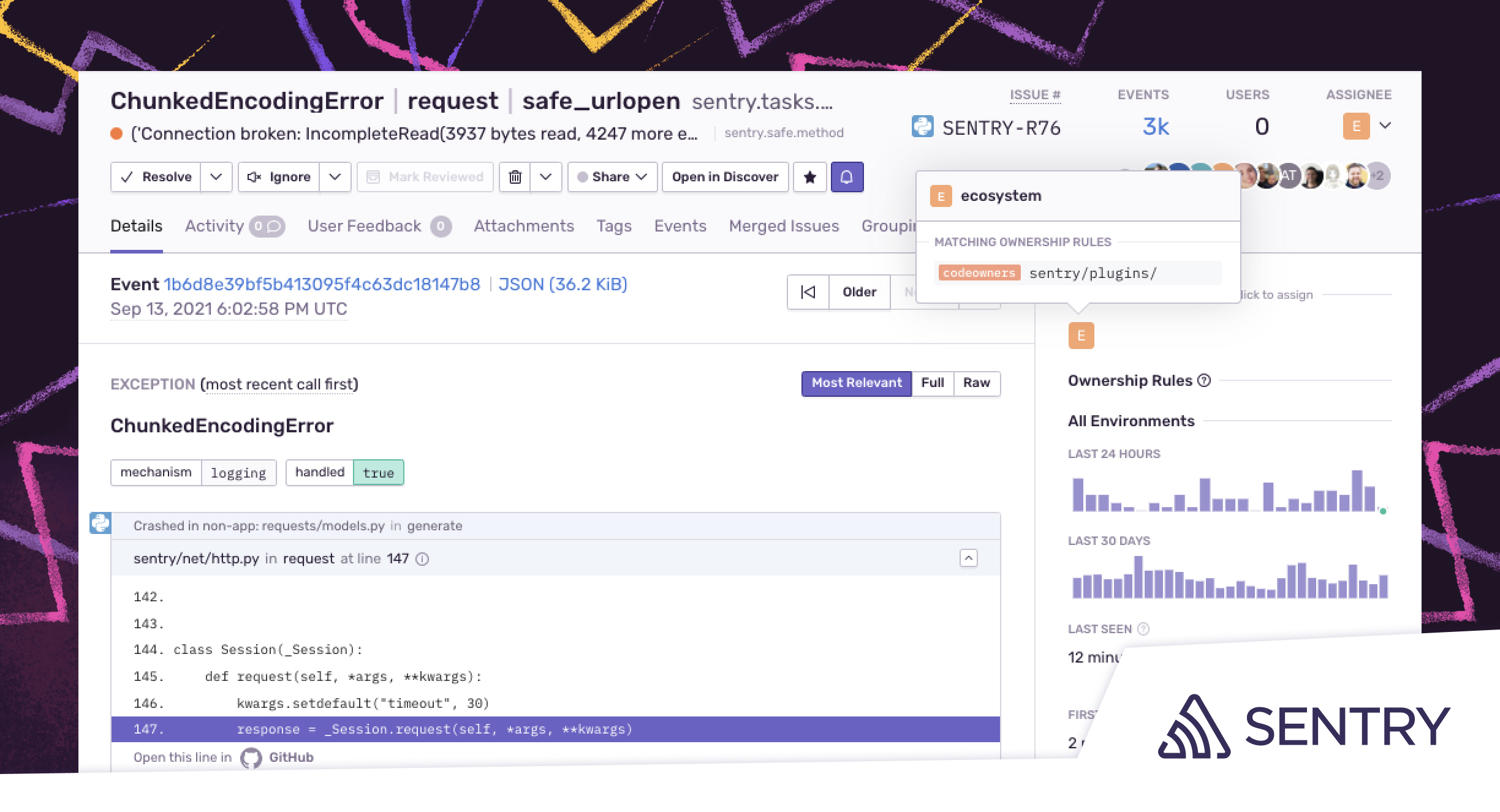 As more responsibility for managing the application environment shifts left toward developers, there needs to be a way to streamline communications between developers and the rest of the IT operations team, noted Desai. Most developers today already spend less than one-third of their time writing code.

The Sentry platform is already used by more than 75,000 organizations to enable developers to better observe and analyze code behavior. The company is now moving to bridge the divide between developers and site reliability engineers (SREs) by streamlining communications and workflows, noted Desai.

Historically, IT operations teams have relied on application performance management (APM) platforms to manage IT operations. Those platforms are now evolving into observability platforms that promise to provide more context by correlating events as they occur across both applications and IT infrastructure platforms. That approach, however, typically requires developers to insert agent software into their applications. Once inserted, that agent software needs to be maintained and updated, added Desai.

The Sentry approach provides developers with a tool for collecting data from an application in a way that consumes just tens of kilobytes of memory after being embedded directly within an application. That approach eliminates the need to rely on much larger agent software to achieve observability of application code. Developers can then diagnose and possibly remediate issues in code without ever having to create a ticket asking a DevOps team to investigate an issue.

Regardless of how developers go about instrumenting their applications, most everyone in IT agrees that the current state of observability needs to improve. The issue now is determining how best to achieve that goal in a way the benefits both the DevOps team and the developers that are now being asked to not just write code but also manage the entire application life cycle.

Now, more than ever, companies who rapidly react to changing market conditions and customer behavior will have a competitive edge.  Innovation-driven response is successful not only when a company has new ideas, but also when the software needed to implement them is delivered quickly. Companies who have weathered recent events ... Read More
« Empowering Teams to Make Mission: Impossible Possible
How to Apply GitOps on Infrastructure »