“Devops reigns”. “DevOps redefines the way services are launched and managed”. Just two of the recent headlines from the sea of coverage on DevOps. It’s a reasonable argument. The software development methodology emphasizes communication and collaboration between software developers and other IT professionals, and is quickly gaining ground as organizations see a way to launch services faster and improve operations performance. The current DevOps talent shortage also points to Fortune 1000 companies waking up to the difference DevOps can make.

Here’s the catch. While DevOps appears the master and commander of faster feature releases, it also has the potential to expose software vulnerabilities and security threats in your production environments. We all know that assembling existing code is more efficient than rewriting it from scratch, for example. And when assembling applications from libraries, developers typically use the latest version of that code, assuming it is likely to have less bugs.

Software and security vulnerabilities can also rise to the surface unless there is an audit of the production software for security defects. Developers can easily pick up any code they choose without identifying the source or what they did with it. Speaking at the RSA Security Conference, David Mortman, chief security architect at Dell Software, explained that when he began software audits at the company, 198 known execution flaws were found in the code base—putting the company and its applications at risk. And this risk is set to do more harm as DevOps is used to develop physical ‘Internet of Things’ products and services.

Here’s another fact to put the issue of security into context. Organizations collectively spend $20 billion every year on network security, $10 billion on host security and $5 billion on data security. And you know how much is invested in software supply chain security by all companies? Just half a billion dollars.

It’s not all bad news though. During the RSA Security Conference, Mortman commented, “A good DevOps process should be implemented using automation tools that can help to track and document updates. DevOps is about change management, process flow and documenting those processes.”

And automation really is the answer here. It enables you to bring your new products and services to market faster, whilst remaining in control. By automating your application release process, you package the release from your continuous integration tool and securely promote it to the next environment via a reusable work flow. You maintain complete visibility throughout—and there’s no disruption to the business.

Any software vulnerabilities are quickly identified using role-based access controls: only authorized staff get to promote packages, and only approved packages can move through the lifecycle. Moreover, the automated deployment model ensures you keep track of the code goes on each server and with what configuration settings. And if you are not happy with any aspect of the release, automation enables you to roll back the deployment to its previous state. Finally, comprehensive audit reports help you see who did what and when throughout the entire release process.

Your development squad is under more pressure than ever to deliver more functionality, faster without disrupting current applications. By automating your application release process, you not only embrace DevOps in full strength, you also gain back control.

About the Author/ Dr. Chris Boorman 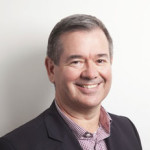 While building constructive culture, engaging workers individually and helping staff avoid burnout have always been organizationally demanding, they are intensified by the continuous, always-on notion of DevOps.  When we think of work burnout, we often think of grueling workloads and deadline pressures. But it also has to do with mismatched ... Read More
« 5 Steps for Black Friday, Cyber Monday and Holiday Readiness
Budgeting for DevOps Success »

How No-Code Will Transform DevOps