Home » Blogs » Speaking for the Dead: Are ‘Agile’ and ‘Monolithic’ Actually Good?

What if Agile is the product of getting bored at work, microservices are the result of us needing a challenge and scrums are the result of an obsessive project manager? Do we all think waterfall development is a dinosaur whose extinction is deserved because of what we have been told and not because of reality? Do we think Agile is better because it simply sounds desirable?

Michael DeHann (@laserllama), creator of Ansible, spoke at the 2016 All Day DevOps conference, which espouses the benefits of DevOps, and, by association, Agile and microservices. It essentially says, “Let’s step back and evaluate the past. Maybe waterfall development and monolithic architectures are actually a good thing?”

Michael has been a software engineer and created a key tool in the IT automation toolbox: Ansible. His arguments deserve a look, because re-evaluation can keep you from making mistakes and improve processes going forward.

Michael started his talk by making the point that in this day and age, it is waterfall versus Agile and monolithic architecture versus microservices. The assumption is that if you are still developing software with the waterfall method and/or developing monolithic applications, you might as well be riding a horse and buggy to work and dialing up coworkers on your rotary phone.

Throughout his talk, he asked questions to make his points, beginning with, “Is big design up front bad?” with the conclusion, “I don’t think so.” His argument is that design and requirements at the beginning of the process enable a better production. Marketing and engineers hammered out requirements based on needs, abilities and budgets. There was plenty of time to research and design solutions. Both sides worked together, raising questions and comments and documenting mutual agreement. This presented an accurate view of the strengths of various team members and dependencies between tasks and task orders. And, perhaps most important, engineering was engineering—the engineers had greater responsibility and less hand-holding.

Contrasting that with his view of Agile, big design up front is labeled as bad or counterproductive, engineers are viewed as interchangeable and scope is more unpredictable. Estimates are encouraged to not be time-based, which often results in a constant crunch time. Finally, meetings can consume a significant portion of team members’ time and often include “games reminiscent of Kindergarten, such as Fist of Five or Planning Poker.” Even in lightweight Agile systems, testing can suffer, requirements are more vague and there is no mutual sign-off.

Michael argues that there can, in fact, be a middle ground where teams:

Agile and DevOps are also often associated with microservices versus monolithic applications, but according to Michael, “What’s so bad about a monolith?” 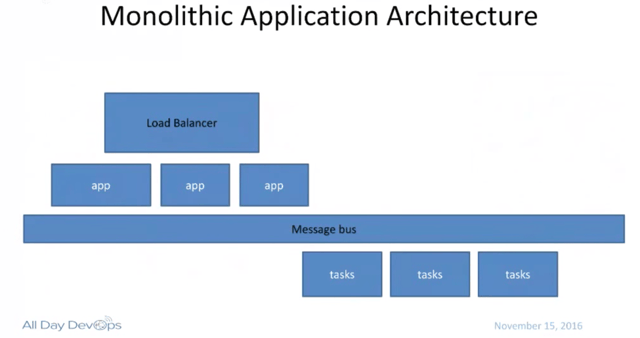 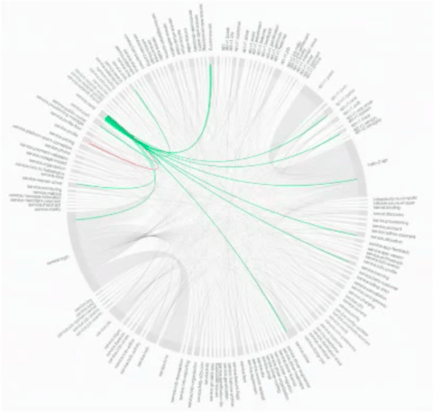 An example microservices shop has 150 services, many thousands of Jenkins builds per day, eight Amazon regions including dev, staging and production and thousands of EC2 instances. This can result in Jenkins configuration and security enforcement drifts, suboptimal code sharing and DevOps writing lots of custom code to manage it.

Michael contrasts that with monoliths, which have:

Rather than argue that all applications should be monolithic, he makes the point that many of the concerns that resulted in microservices could be solved with improved communications. He contends that microservices are a tech solution to a people problem.

Most importantly, though, is the fact that there is something to learn from everything. So, even if you don’t agree with Michael’s conclusion, you should listen to his talk online here. You might learn an unexpected lesson.

If you missed any of the other 30-minute long presentations from 2016 All Day DevOps, they are easy to find and available free of charge here.  Finally, be sure to register you and the rest of your team for the 2017 All Day DevOps conference here.  This year’s event will offer 96 practitioner-led sessions (no vendor pitches allowed).  It’s all free and online Oct. 24.