The Not So Minimal MVP

In the ever evolving startup space, developers often skip crucial steps in their haste to get to market. Even more so, in the dynamic app development market, the common notion of an MVP (minimally viable product) allows developers to iterate versions of their product based on issues and feedback. Seen in the context of horizontal technologies like Facebook and Twitter, the iteration period is where the real magic happens. Historically, the first versions at the “MVP” stage were bare-bones. That was then, this is now.

As apps get better, people’s expectations are getting higher. This puts more pressure on startups to have an impactful product from the get-go. Features that used to be new and fascinating are now the expectation, so startups must adapt to have a strong 1.0 as a foundation for iteration. I recently saw an ad for a company calledCircleci whom I know little about, but the tag line was brilliant; “Launches are dead, long live iteration.” Apple and Microsoft may still have ‘launches’. Startups iterate.

One way Zipline achieved a high-standard first version was by adopting DevOps via Rackspace DevOps Automation Service from our inception. Instead of migrating our app over to a more mature platform after many iterations, we decided to make the investment early. Here are just a few reasons how adopting DevOps from day one can help position a startup on the cone of a rocket ship:

There’s a line of thinking that goes like this: First comes product, later comes scalability. We strongly disagree. When people hear the word scalable, they think upwardly increasing capacity and size. So it can wait, right? For startups, downward scalability is just as crucial. While most startups view DevOps as an option for the future, we found success by leveraging DevOps from our inception. Instead of waiting to implement a mature infrastructure like DevOps, we looked for partners that could give us access to managed services typically only available for big companies. We found success with large scale systems that were downwardly scaled to match our business need. DevOps gave us an opportunity to work with systems that were ahead of us in terms of technology and culture. Startups who view their product as agile, dynamic and iterative, but DevOps as only a static-run environment are making a huge mistake.

Hiring and retaining top tech talent is difficult –even more so for startups. But we noticed something profound as we grew our development team from one to seven: Talented engineers who interviewed with us expected our infrastructure to be novice. When they realized that our DevOps infrastructure rivaled that of the big company where they previously worked, their minds were put at ease. I’m not saying it always closed the deal, but it signals to a growing team that they are part of a winning culture. Building a winning culture starts from day one.

3.Understanding the Cost of DIY

Most developers capable of writing quality code are also capable of creating an environment to run the code. The cost seems so innocent at first. For a bootstrapping startup, common sense says “do it yourself”. Again – wrong.

Nothing is more costly for a startup than distraction. Every minute should focus on your unique competitive advantage. I’ve never heard anyone say, “I use this technology because of their awesome DevOps.” What makes your company great? Strong DevOps for startups should eliminate distractions, sharpen focus and accelerate code commits.

Walk into most mature tech companies and you’ll notice something: The development team and operations team are separated into different spaces. Startups should exploit this vulnerability to gain a competitive advantage. Collaboration in small startups should be instant and in real-time. At Zipline, deploying DevOps from day one promoted a culture of open communication across all people involved in delivering our application. According to the Rackspace DevOps Automation Survey, 41% of organizations have seen better collaboration amongst project teams and 35% have seen more accountability across developers and operations for getting apps to market after deploying DevOps. Running a collaborative system allows us to focus on elevating our product in innovative and creative ways.

Every system at a startup should iterate constantly. Take something mundane, like bookkeeping. If your system of keeping books isn’t better on Friday than it was when the week began, then you failed. The death of a startup can occur quickly. Iterate or die. So ask these simple questions every Friday, “Is our DevOps better than it was on Monday? If so, how? If not, what can we do to change it next week?”

About The Author/Kirk Bowman, JD 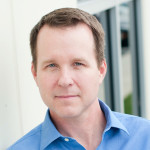 Bowman is the founder of Zipline Labs, Inc. A life-long entrepreneur, Kirk loves applying the mental rigor he honed as an attorney to creating innovative businesses that shift perspectives and evolve behavior. His endless curiosity and capacity for complexity unearths opportunities in the least likely of places. Now, he’s focusing his thought leadership in the financial sector. As founder of Zipline, Kirk is exploring how people relate to money and how technology can support an evolution to financial systems that are more social, more connected and more human. A master storyteller, Kirk is a compelling voice when evangelizing for his belief that if we can shift the way we feel and behave around money in both our personal lives and our work, we can create a better human experience.

While building constructive culture, engaging workers individually and helping staff avoid burnout have always been organizationally demanding, they are intensified by the continuous, always-on notion of DevOps.  When we think of work burnout, we often think of grueling workloads and deadline pressures. But it also has to do with mismatched ... Read More
« 9 Open Source DevOps Tools We Love
Will DevOps Kill Outsourcing?: Part 3 »