Tasktop this week announced the general availability of an application to manage projects based on a flow framework that captures events as they occur across the software development toolchain.

Company CEO Mik Kersten said Tasktop Viz is the first substantiation of the flow framework in software that provides a value stream management application to enable organizations to more effectively manage software development projects. Tasktop Viz doesn’t necessarily replace project management software as a system of record for billing purposes, for example, said Kersten; however, it does provide a way to visually model the software development environment in a way that makes it easier to identify bottlenecks and potential opportunities to reallocate resources. 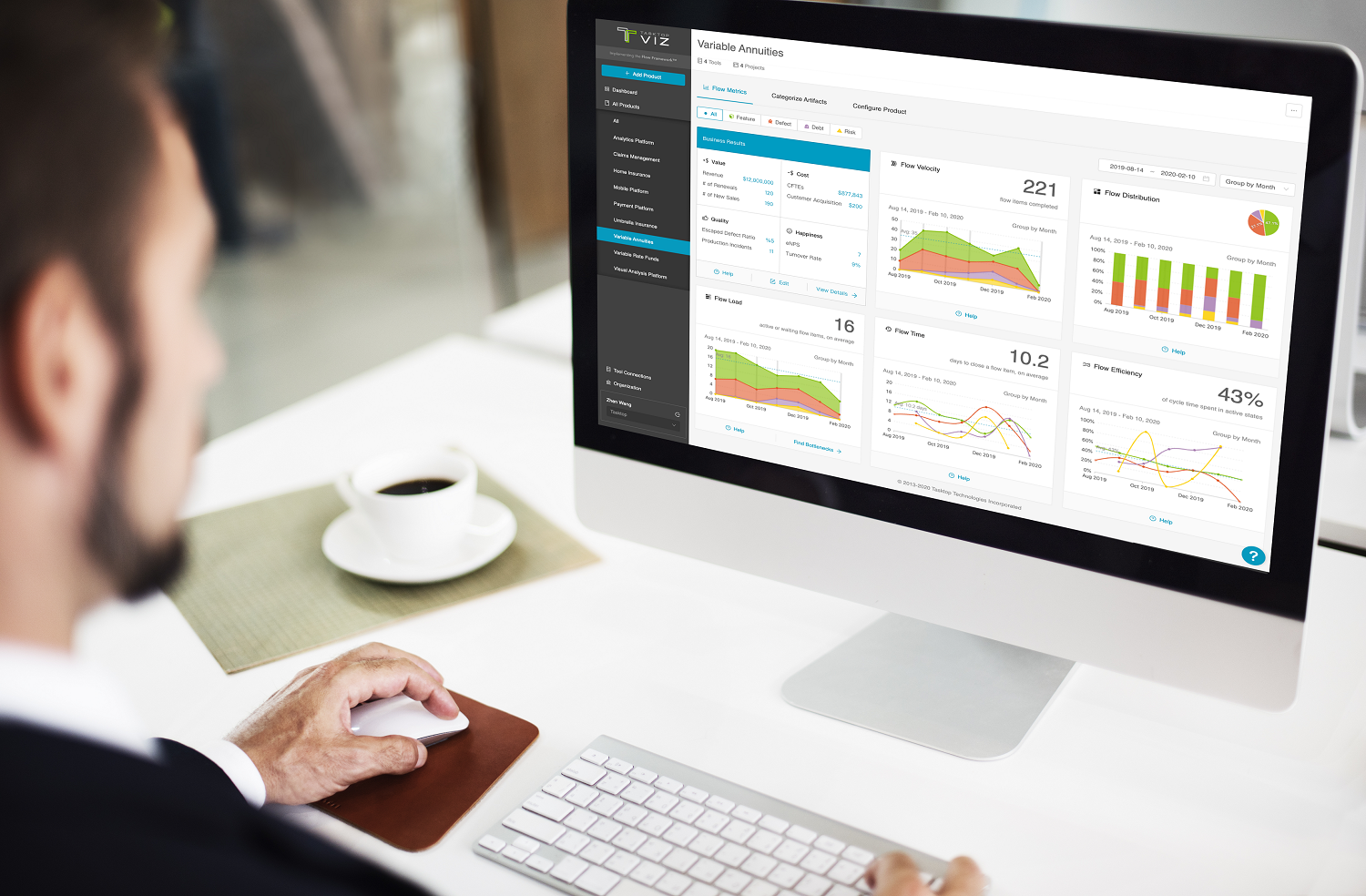 Kersten has been making a case for the adoption of an approach to managing software development projects based on the flow framework for several years. Tasktop Viz now provides IT teams with an application that is designed from the ground up using that model.

Of course, the concept of value stream management applications has been around for some time. The debate now is not so much over the value of these applications as much as it is which architectural approach to building these applications best reflects modern software development. As the number of dependencies between projects continues to expand, it’s becoming next to impossible for organizations to manage multiple software development projects relying solely on spreadsheets and existing project management applications.

That issue is further exacerbated by the fact that businesses are now more dependent on software than ever, so any delay to a project could have a dramatic impact on future revenues.

Kersten said that despite the obvious business benefits, the biggest obstacle to adoption is more psychological than technical. Many software development teams are reluctant to adopt tools that might illustrate how chaotic the software development process within their organization really is. It’s critical that organizations that adopt value stream management applications do so with an eye toward wanting organizations to improve rather than just deploying another tool to measure metrics that are used to increase the amount of code being written.

“The Automated Enterprise” e-book shows the important role IT automation plays in business today. Optimize resources and speed development with Red Hat® management solutions, powered by Red Hat Ansible® Automation. IT automation helps your business better serve your customers, so you can be successful as you: Optimize resources by automating ... Read More
« Why Organizations Are Adopting or Avoiding Serverless
A Taxonomy of Consequences »