New technologies have always transformed how the commercial world operates. The steam engine for example, fueled the industrial revolution of the 18th century and changed the face of business forever. This dramatic shift didn’t happen overnight, though; people had to learn new skills to manage steam power and operate trains, ships and equipment that previously did not exist.

Adopting a new system within a modern day organization is no less challenging. It takes in-house expertise and top-down leadership to crest the learning curve as quickly as possible.

To realize the benefits of DevOps, businesses need people—particularly, system administrators and their managers, who know how to operate the systems. It really is that simple, yet most companies just don’t have the skills. Training, training and more training, coupled with lots of hard work and practice, is paramount.

Middle managers in charge of integrating the new systems are first in line for training. They deal directly with upper management as well as with the new software’s end users. To communicate the importance of DevOps to both audiences successfully, they need to understand exactly what DevOps can achieve—and how to get it up and running in line with the company’s wider business goals. They need to know what skills are needed to implement DevOps companywide and identify the right people to learn the ropes quickly and efficiently.

Push from the Top

A successful switch to DevOps also is dependent on support and buy-in from upper management. They don’t necessarily need to have an in-depth knowledge of the systems, but they do need to push for fast and effective implementation—and allocate the resources to make it happen. With all key stakeholders working together to reach the same realistic timelines and deadlines, the new systems will be introduced far more seamlessly. If the process is at all disruptive, people will be reluctant to change their way of working and do things the same way they always have.

Senior management must support the system change and encourage its use across the organization by openly embracing its potential.

Traditionally, implementing a new production system was a long, onerous process with lots of restrictions and administrative hurdles to jump. In many instances, a committee of key stakeholders was needed to verify and approve each step. Forms had to be filled out, a thorough backup plan would be prepared and a bureaucratic chain of command would be followed. The further removed from the actual implementation project each signatory was, the less committed they were—which often led to repetitive meetings and costly delays.

This labor-intensive change management approval process was in place to help prevent any failing in the production plan, which could have disastrous effects. Should for example, an online retailer’s check-out or internet banking infrastructure go down, business profits and reputation would suffer significantly.

Implementing DevOps is different. It uses a test environment to speed up the onboarding process and minimize errors. IT engineers can do dry-runs before going live to check how the new systems are integrating and if anything is wrong before it actually does go wrong. Bugs and glitches are fixed without impacting the current systems and the approval process is far faster and much more confident. All of which can speed the entire implementation process and its success.

The potential of DevOps is inextricably linked to the people who implement and operate the new systems as well as the old. To achieve the best possible outcome, your team needs to have the experience and skills to ensure a seamless integration that enhances core business functions without losing or disrupting the organization as a whole.

About the Author / Francis Miers 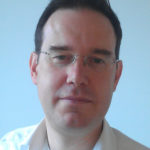 While building constructive culture, engaging workers individually and helping staff avoid burnout have always been organizationally demanding, they are intensified by the continuous, always-on notion of DevOps.  When we think of work burnout, we often think of grueling workloads and deadline pressures. But it also has to do with mismatched ... Read More
« DevOps Leaders Share 2017 Reflections, Predictions
IT Revolution Announces DevOps Enterprise Summit London 2017 Call For Papers & Blind Bird Pricing »