Velocity is one of the major tenets of DevOps, and anything that maintains or improves velocity benefits the overall process. Yet, there are still many speed bumps in the DevOps process that threaten to derail progress and slow DevOps processes to a crawl. One of the biggest speed bumps arises when transforming legacy monolithic applications into something more cloud-friendly—namely, microservices.

Moving toward a microservices architecture can be straightforward or complex, depending on the path an organization is taking and where they begin. For example, if the goal is to transform legacy applications into microservices, the process can be complex and tedious. Transformation of legacy applications often means manually disassembling legacy code and breaking it up into standalone code elements that will run as microservices. That greatly complicates things for the DevOps pipeline, where fast iteration of existing code is the norm, not the exception.

However, there are tools coming to market that can ease the process. One such tool is vFunction, which recently came out of stealth with the mission to transform monolithic Java apps into microservices. 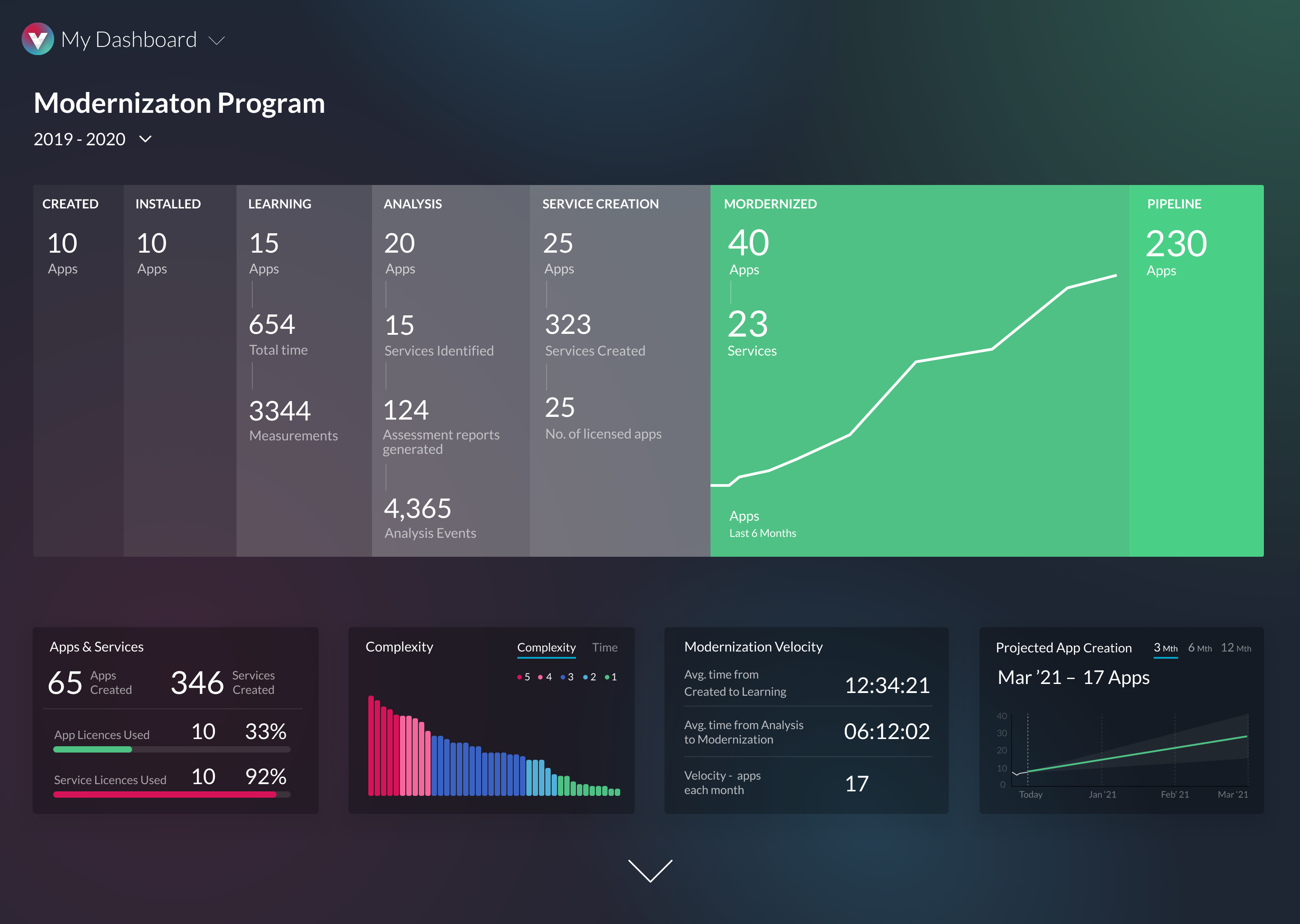 vFunction has an interesting approach to that process. The vFunction platform is deployed locally, where the vFunction Java virtual machine (JVM) agent examines legacy applications and gathers data which is then collected on the vFunction server. From there, software architects can further investigate the collected information about the legacy applications, and start designing a microservices architecture to modernize the codebase. “Once developers are satisfied with the design, vFunction generates a service specification file, which contains all the information required to create the microservice,” said vFunction CEO and co-founder Moti Rafalin. “That file is used by our automation engine, which scans the original code and copies the relevant artifacts to create the new service.”

Rafalin said that vFunction leverages supervised learning techniques, graph theory and clustering algorithms to identify dead code and code anomalies that could prevent a clean breakdown, or “decomposition,” of the legacy application. Ultimately, vFunction has the potential to automate many of the manual steps that DevOps engineers used to perform to break monolithic applications into microservices. According to Rafalin, vFunction makes the process as much as 15 times faster and can achieve somewhere between 80% to 95% automation. Currently, vFunction is focused solely on Java, which it deems the biggest opportunity today. However, the company has plans to support applications written in other languages in the future.

Beyond newcomer vFunction, there are other ways to deal with moving legacy Java applications into the cloud. One example is Anthos, which is a managed application platform that extends Google Cloud services into DevOps environments. Another is IBM’s Mono2Micro, which is an AI-based, semi-automated toolset to assist with refactoring monolithic Java applications.

For those looking to build microservices-based applications from scratch, numerous tools exist. Most interesting are the development environments that use rapid application development (RAD) techniques and leverage low-code models. There are dozens of RAD platforms available; prime examples being WaveMaker , OutSystems and AgilePoint.

In most cases, those moving legacy applications to a microservices model will usually select numerous tools, based on the particular use case. For some, it may be easier to rewrite smaller legacy applications; for others, refactoring may be the only way to capture the intellectual property in legacy applications. Either way, carefully selecting the appropriate tools goes a long way towards maintaining velocity in the DevOps realm. Maintaining that velocity proves critical for building cloud-friendly applications on budget and on time.

“Unless one modernizes those monolithic applications to be cloud-native, they end up requiring very large machines and often end up paying more to the cloud providers,” Rafalin said. “Organizations now understand that, if they want the true benefits of the cloud, they need to modernize these apps. And this starts with adopting an architecture that includes microservices, APIs, and modern design principles.”

The lesson is to choose wisely, and select toolsets that support scale as well as growth, and that can support the requirements of microservices.

No matter where you are in your hybrid cloud journey, security is a big concern. Hybrid cloud security vulnerabilities typically take the form of loss of resource oversight and control, including unsanctioned public cloud use, lack of visibility into resources, inadequate change control, poor configuration management, and ineffective access controls ... Read More
« DataRobot Announces Feature Discovery Integration with Snowflake
The Digital Transformation of Decision-Making »