Home » Events » We are sponsoring DevOpsDays Austin. Why? 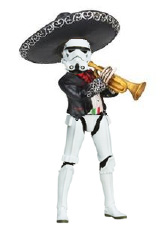 Why DevOpsDays? Why Austin? Why now?  All good questions. I wanted to ask and answer them right here on DevOps.com to be totally transparent.

We do hold DevOps Connect conferences (our RSA event this week had 700 people there) and at first blush one might think they are competitive to DevOpsDays. But they never were in my mind and shouldn’t be in real life either.  In InfoSec we have conferences like BlackHat, InfoSecurity Europe and RSA Conference, but we have Security Bsides too, which are much more like DevOpsDays.  It is a big world and there is plenty of room for both. Not only plenty of room but plenty of need.  One thing I have learned travelling all over the place these months is that there is still a lot of DevOps learning, sharing and as Gene Kim says, tribe building that needs to be done.

From everything I have seen and heard about DevOpsDays they do a great job on all of these fronts. I think as DevOps continues to gain acceptance there will be a much clearer difference in the audience and agendas at different DevOps conferences.  The difference between a DevOpsDays versus a DevOps Connect will be obvious. The respective audiences will recognize this. There will be overlap at some levels and at other levels there won’t be.

But at the end of the day DevOps.com is about spreading knowledge and learning about DevOps and DevOpsDays is too. So really the question is “Why shouldn’t we sponsor and support DevOpsDays?”

That is easy. It’s not that Austin is weird (it is), it is the people and the history of what they have built in their DevOps community. I met first Boyd Hemphill about 6 or 8 months ago. He introduced me to Ernest Mueller, both of these guys were willing to hop in their cars and drive hours to come to San Antonio and Dallas to help educate people on DevOps at the recent DevOps Connect @ Innotech Conferences we held.  They represent to me anyway, the very best of what the DevOps community should be.  They weren’t territorial, judgmental or anything else but helpful.  With people like that in leadership roles Austin has to be a great place to sponsor our first DevOpsDays.

In addition to Ernest and Boyd, I am familiar with what James Wickett has done with Rugged DevOps and Gauntlt (if you are not familiar with James and Gauntlt check out our new Ebook). Lastly, everyone you speak to say that Austin DevOps Days year in and year out is one of the best DevOpsDays anywhere. This year’s lineup looks like another stellar one.

The answer is I think this is the right time for DevOps.com to be involved with this part of the DevOps Community. I am not naïve or tone deaf enough that I have not seen or heard (how is that for a double negative) that some in the early adopter community were not big fans of what we have built at DevOps.com. But I am also really proud of what we have accomplished in a little over a year. I am confident enough in our audience, our content and our place in the market to think that we can and have added to the discussion.

I believe that DevOps.com has to offer value to the entire DevOps community. That includes people just looking to adopt DevOps, people who are just starting to learn about DevOps and all the way to people who have been leading and teaching about it for all these years now.

So we venture out into what is for us new territory. We are excited to support and be part of this great event. We hope that this will be the beginning of supporting other DevOpsDays around the world. Hope to see you in Austin, May 4-5.

What is in it for you?

Besides seeing coverage of the event here on DevOps.com, there is more. As part of our sponsorship we were given two tickets to the event.  I am only using one. We have another one available. The show is just about sold out and the tickets are a couple of hundred dollars at this point.  If you would like to attend DevOpsDays Austin on us write me at [email protected] with why you deserve this free ticket and it is yours. If more than one person rights I will pick the one with the best reason (in my opinion). I am not making the winners public or the reason they deserve it. So that is what is in it for you.