Home » Events » Webinar: SecDevOps: The Marriage of SecOps and DevOps

We’re now seeing a new “marriage” of SecOps and DevOps that is creating a whole new mentality for driving innovation inside and outside of organizations. DevOps and security teams are now actively collaborating as peers, rather than in the traditional requestor/approver relationship, and making a seat at the table for security professionals. With the rise of DevSecOps, we get to truly redefine how operations, engineering, and security can be brought together in harmony to achieve unparalleled success. DevSecOps is propelling forward-thinking organizations by doing something simple — fostering collaboration of seemingly contradictory teams to align their disparate goals into a singular effort. 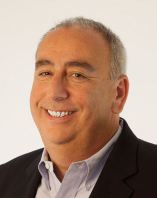 Gene Kim is a multiple award winning CTO, researcher and author. He was founder and CTO of Tripwire for 13 years. He has written three books, including The Phoenix Project: A Novel About IT, DevOps, and Helping Your Business Win and the upcoming DevOps Handbook. Gene is a huge fan of IT operations, and how it can enable developers to maximize throughput of features from “code complete” to “in production,” without causing chaos and disruption to the IT environment. He has worked with some of the top Internet companies on improving deployment flow and increasing the rigor around IT operational processes. In 2007, ComputerWorld added Gene to the 40 Innovative IT People Under the Age of 40 list, and was given the Outstanding Alumnus Award by the Department of Computer Sciences at Purdue University for achievement and leadership in the profession.

Shannon Lietz is currently the DevSecOps Leader for Intuit where she is responsible for setting and driving the company’s cloud security strategy, roadmap and implementation in support of corporate innovation. Previous to joining Intuit, Ms. Lietz worked for ServiceNow where she was responsible for the cloud security engineering efforts. Prior to this, Ms. Lietz worked for Sony where she drove the implementation of a new secure data center and led crisis management for a large-scale security breach. She has founded a metrics company, led major initiatives for hosting organizations as a Master Security Architect, developed security software and consulted for many Fortune 500 organizations. 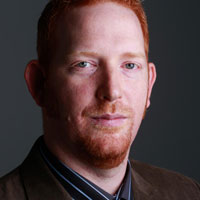 CEO Tim Prendergast co-founded Evident.io to help others avoid the pain he endured when helping Adobe adopt the cloud at a massive level. After years of building, operating, and securing services in AWS, he set out to make security approachable and repeatable for companies of all sizes. Tim led technology teams at Adobe, Ingenuity, Ticketmaster, and McAfee.

No matter where you are in your hybrid cloud journey, security is a big concern. Hybrid cloud security vulnerabilities typically take the form of loss of resource oversight and control, including unsanctioned public cloud use, lack of visibility into resources, inadequate change control, poor configuration management, and ineffective access controls ... Read More
« DOES 2015 – Josh Corman, John Willis on Immutable Awesomeness
Paris, why? »

The Human Side of DevOps – Upskilling for the Digital Transformation

Do You Need a Cloud AI Engineer?

Do You Need a Cloud AI Engineer?