Home » Features » What happened to the “Ops” in “DevOps”?

The wave of digital transformation that has been enabled by cloud computing has provided both new opportunities and fresh challenges. On one hand, it is now possible for application developers to provide innovative new functionality to end-users almost instantaneously. One the other hand, this agility has created an environment in which users expect constant improvements and demand ever-higher levels of service. Indeed, the need to increase agility and quality simultaneously is largely responsible for the growing popularity of DevOps practices.

When I ask customers who say they are “doing DevOps”, the conversation always seems to revolve around speed. Iterate faster. Turn out more innovations and new features – multiple times a week. Pull in microservices from this cloud provider over here, program in polyglot languages over there, virtualize and automate everything on no-name infrastructure, and do it all as quickly as possible. Leverage continuous builds and immediately push to production in a perpetual beta model. Test only at code-time, or even not at all and instead let the end-users test it for you. Forget about run-time instrumentation and monitoring — just get the feature out the door, wait for social media to report any problems, and in the meantime, move on to coding the next feature.

It all sounds fun and productive, in the same way that dot-com-era rapid application development was fun and productive. And it certainly can reduce the cycle time on new features and provide opportunities to introduce new innovations. But that scenario as described isn’t truly DevOps, and it is built around a dangerous assumption about unlimited end-user tolerance for failures.

Take a break from coding the next feature, stop, and read the first paragraph again. If you look at it, the only actual “Ops” in it is the automation used to enable the development process and push to production. In other words, it’s all “Dev” – as if all important activities stop the moment an actual user touches the application. But does that make any sense? After all, aren’t we building all of these cool new features for end-users? And isn’t the reason that we want end-users to consume these features that the applications support a business goal of some kind? And for end-users to consume these features, isn’t it important that our applications actually work and provide high levels of service in production scenarios?

Here are a few tips to ensure there is some “Ops” in your DevOps efforts.

But hang on a minute, you say. Let’s not forget that we are doing DevOps for speed – and all this management, while clearly useful, could take forever to implement and slow everything down in the process. A few years ago, you might have been right. But technology marches on and today’s cloud-based management regimes can be leveraged instantaneously, with no changes to your infrastructure, and start providing the kind of value you need within minutes. With cloud-based IT Operations Management, your DevOps efforts can truly combine development and operations best practices while still delivering the speed you need.

No more excuses. Put the “Ops” back in DevOps. 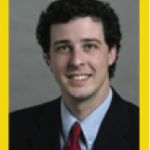 Dan Koloski is a software industry expert with broad experience as both a technologist working on the IT side and as a management executive on the vendor side. Dan is a Senior Director of Product Management for Enterprise Manager – Oracle’s integrated IT operations and Hybrid Cloud Management product line. Dan holds a B.A. from Yale University and an M.B.A. from Harvard Business School.

Now, more than ever, companies who rapidly react to changing market conditions and customer behavior will have a competitive edge.  Innovation-driven response is successful not only when a company has new ideas, but also when the software needed to implement them is delivered quickly. Companies who have weathered recent events ... Read More
« DevOps Chat: Mustafa Kapadia, IBM DevOps Transformation Workshop
The Limits of Project Management »