As we close out 2021, we at DevOps.com wanted to highlight the most popular articles of the year. Following is the twelfth in our series of the Best of 2021.

Nowadays I feel like there is no need to explain why DevOps as a methodology exists, as it is widely understood and accepted.

But the reason DevOps engineers exist is not to ensure the success of its namesake methodology, nor, if we’re being honest, is the practice evolving into a role that’s viable for future progress. Rather, it’s on the verge of becoming obsolete.

Surprisingly, in many cases having a DevOps engineer can actually get you further from the DevOps methodology objectives, rather than closer. 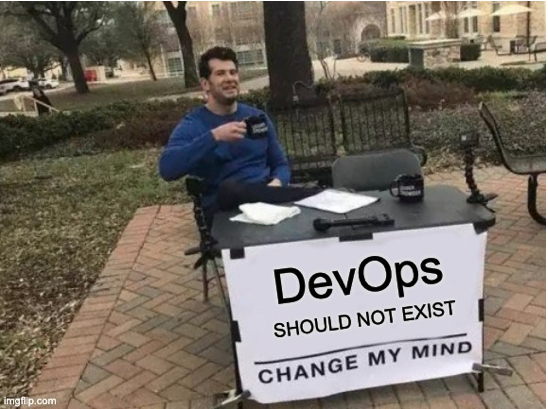 How Does One Become a DevOps Engineer?

I only recently stumbled upon DevOps courses in high-tech academies.

Before it was an actual field of study, I’m pretty sure no one’s first step into the software development world was in a DevOps role.

I personally started as a NOC engineer and later became a Linux administrator – developing a passion for the cloud and automation. Only years later did I dive into my first DevOps position. Others have made even lengthier journeys, starting from helpdesk support roles managing organizations’ PCs, printers and networks.

The thing is, the starting point for people who choose a software development career starts exactly there: developing software.

Typically, they either go to college or university or learn development online or via a bootcamp, where Linux, networking, virtualization, high availability and scaling are barely taught. And, of course, some extraordinary senior developers become infrastructure experts, but personally, I would call those folks architects and not DevOps engineers. This is probably the reason why almost every organization is in need of someone who’ll take on those responsibilities as a DevOps engineer.

Signs of the End

The number of cloud solutions is steadily growing every year, with cloud services becoming the dominant method of consuming business services. Gartner estimated a 40% increase in cloud services business revenue from 2020 to 2022.

“Software as a service (SaaS) remains the largest market segment and is forecast to grow to $104.7 billion in 2020 (see table, below). The continued shift from on-premises license software to subscription-based SaaS models,” according to the firm. 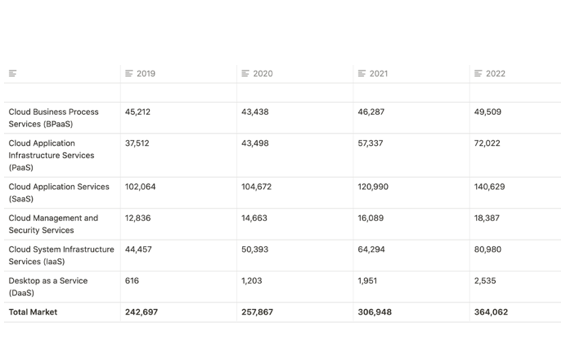 New PaaS, SaaS and IaaS products are launched every year to make the development and maintenance of other applications easy and effortless.

Hell, some SaaS products go as far as making it unnecessary, with platforms like WIX, Shopify, and Auth0, resulting in fewer developers being required to develop those kinds of applications. On top of that, there are already products that run almost entirely on Serverless services. Recently the term Storageless was coined and started to pop up here and there.

This gradually frees up more time for developers to deal with DevOps challenges, which are also being automated by services like Coralogix, Datadog, JFrog, CircleCI, Gitlab and many more.

Some companies, like Monday.com, have already acknowledged that it is not optimal to have a separate team or a single person in charge of all of the operations and maintenance of applications and that it is better to have developers responsible for their application stack from end to end. 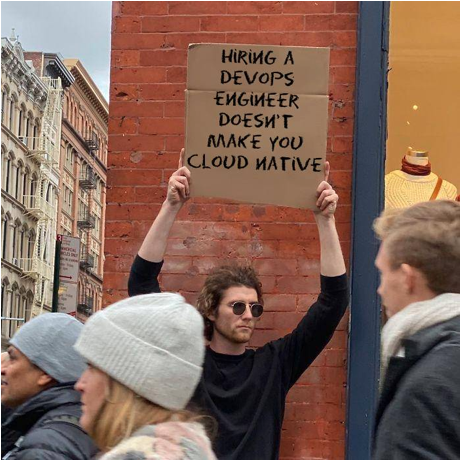 Although I opened by saying there is no need to explain why DevOps as a methodology exists, sometimes what gets forgotten is that DevOps evolved as a way to break down the silos between development and operations. But many organizations don’t recognize the irony of then having a separate team in charge of all operations and maintenance – that just defeats the purpose.

Hopefully, as this trend grows, universities and coding courses will acknowledge these issues as core challenges in software development and include these subjects and principles in their curriculum.

The Future As I See It

This could be wishful thinking on my part, but I believe sometime in the future we will reach a point where all developers will be required to understand and practice DevOps. A developer who understands the cost of running their application, how Kubernetes assures it is always available and resilient and how to build more scalable and more secure application stacks will simply be better at their job and more valuable to their company. The opposite is also true; a DevOps engineer will be able to build better CI/CD pipelines, better monitoring solutions and cloud architectures if they are taking an active role in development and actually knows the application stack and his team’s pains and needs.

Even if I’m wrong – and I do hope I am – I would argue that if you are a DevOps engineer or a tech lead of any sort, promoting the idea that DevOps is a part of every developer’s job is in your best interest.

The developers who understand how to support their own environments, run internal services on private networks and understand the solutions that are available to them will simply be better at their job, enabling companies to let automated processes do their thing and focusing talent where it’s needed most to make the best use of our skill sets. Thankfully, this standard of excellence is becoming easier to reach every day; and (Do I dare say it?) perhaps, in the near future, DevOps will become less of a role and more of a service waiting for its eventual, unpreventable automation.

Reading this, you might think that I am a self-loathing DevOps engineer who wishes to become a developer. Nothing could be further from the truth. Development Operations is my field, and I believe it’s full of talented individuals who I’m proud to call colleagues and friends. However, at the end of the day, we need to be realistic. Now that the “Operations” part of the work is mostly automated, we must focus our skills on the “Development” part.