MariaDB is a database growing in popularity. Its lead developer is Michael “Monty” Widenius, who was part of the team that created MySQL. When MySQL was acquired by Oracle, Widenius and some of the other original MySQL developers decided to launch MariaDB as a fork of MySQL and keep it as open source to mitigate any issues around Oracle’s ownership of MySQL. 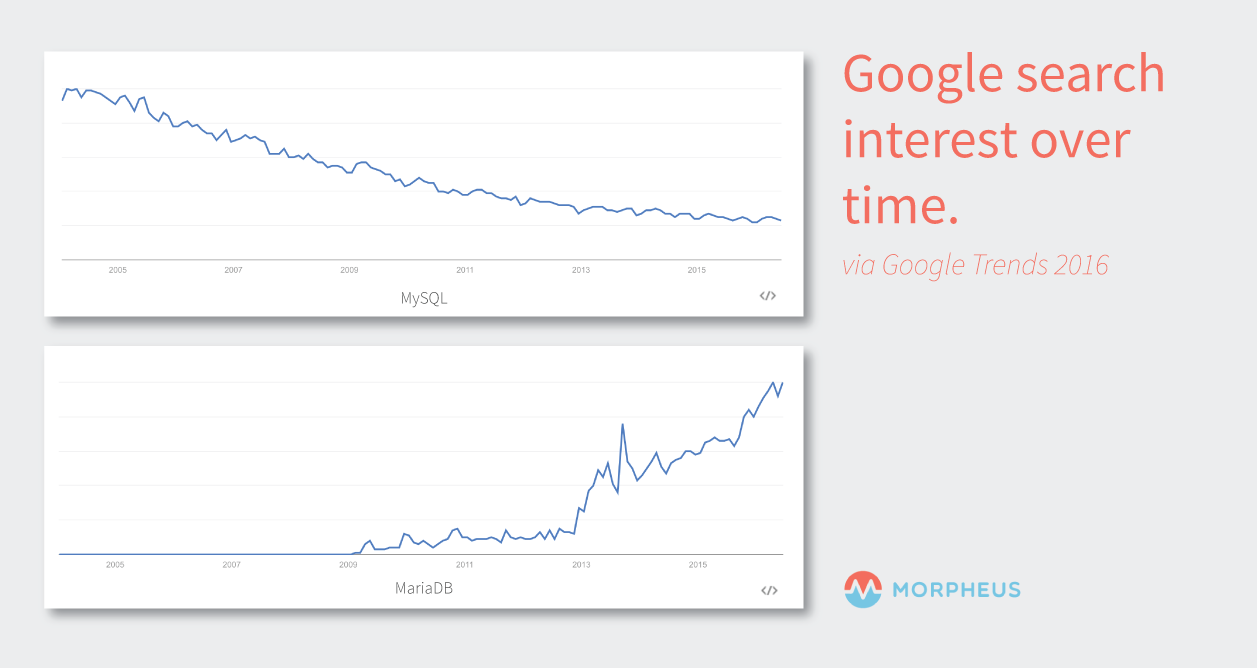 In 2009, Sun Microsystems acquired MySQL. Sun’s subsequent acquisition by Oracle brought about a movement headed by Widenius to “save MySQL.” Widenius and many others in the open source community felt Oracle’s ownership might be a conflict of interest, since Oracle already had a competing closed source commercial database. They believed Oracle would be slow to further develop the MySQL database, given the potentially greater focus on the commercial Oracle database.

In response to this, Widenius began working on MariaDB and helped form the MariaDB Foundation, which uses a community governance model. Because of the separation between the open source and commercial sides of the foundation, its governance generally is seen by the open source community as positive. This is in contrast to Oracle, which has both its commercial Oracle database and the open source MySQL both under the same governance. Often this is perceived as a conflict of interest, especially when it comes to keeping MySQL up to date.

While MariaDB isn’t yet replacing MySQL, it has brought about good competition between the two, which can be good for innovation. With its backing of Oracle, MySQL may reign supreme for at least the near future; however, technically speaking, MariaDB could replace MySQL if a company decides it wants to make the switch.

The developers designed it as a drop-in replacement of MySQL. Since it was forked from MySQL, basically all of the structures MariaDB uses are the same. This means switching from MySQL almost surely won’t require a company to alter its application in any way, since the data and data structures won’t need to be adjusted.

In fact, the command-line tools such as mysqladmin, mysqldump, the daemon and others all keep their original names, so MariaDB is very much a drop-in replacement for database administrators as well. Indeed, many organizations have already either switched to it or simply began using it on its own: It replaced MySQL as the default database in Fedora and Red Hat. It is also used by Booking.com, CraigsList and Wikipedia, among others.

What Else Does MariaDB Offer?

Community improvements to MariaDB have been made by notable organizations such as Facebook, Twitter and Google. For example, Google contributed data-at-rest encryption to release 10.1.3, which is quite helpful given the security issues that can arise quickly in this ever-changing environment. In addition, it offers performance improvements such as subquery optimization and faster joins. It also has added row-based replication.

While MariaDB may not replace MySQL immediately, it is worth watching: It is gaining traction as a potentially serious contender in the marketplace.