ZenHub today revealed it has added a Planning Poker capability to its platform for managing software development projects that is designed to make it possible to prioritize sprints based on feedback collected from members of the application development team.

That capability extends a sprint planning capability the company added this year to a project management application designed specifically for software development teams that employ the GitHub software repository. That sprint planning tool also automates routine tasks, such as automatically carrying over unfinished work to the next sprint.

Aaron Upright, head of strategic accounts for ZenHub, said collectively, those capabilities will make it possible for development teams to prioritize their efforts in a way that is less biased using points that weight the opinions of team members based on how accurately they have made previous forecasts. For example, Planning Poker will assign a different weight to a developer that is consistently either overly optimistic or pessimistic about the length of time required to complete previous projects.

Planning Poker is built right into GitHub, which Upright noted allows developers to make estimates without having to exit an environment where they already spend a good portion of their day. 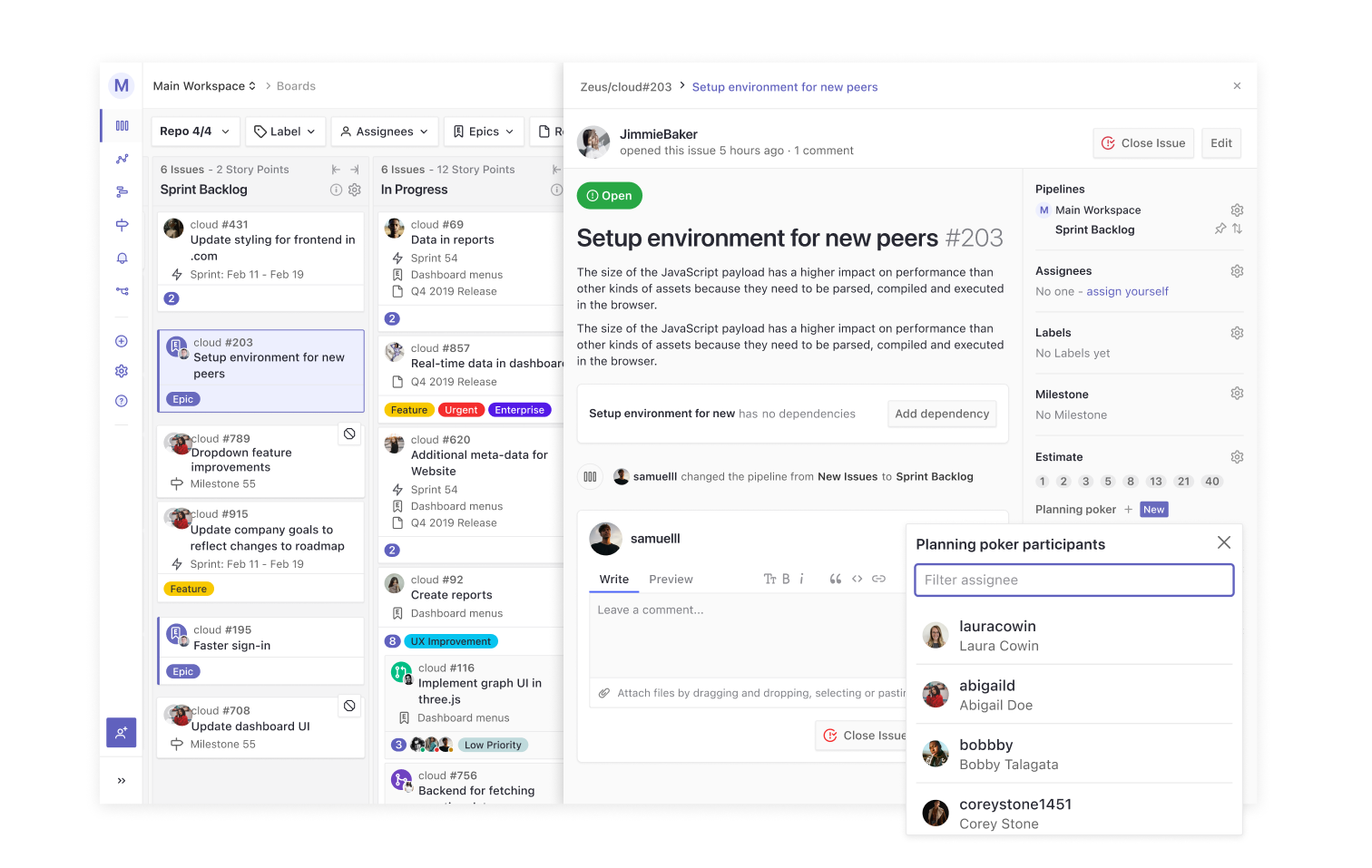 Thanks mainly to both an increase in and acceleration of the digital business transformation initiatives organizations have launched, DevOps teams are under increased time constraints.

Many organizations’ entire business strategies now revolve around the rate at which software development projects can be completed. Many elements of those projects can’t go forward until a specific component upon which it depends is completed. Investors are holding business leaders more accountable for software delivery timetables that have direct implications on revenue generation.

Not surprisingly, the type of end users that are now accessing project management applications to keep tabs on development progress has increased. Everyone from the sales team to the board of directors now wants more visibility into the rate at which software development projects are being completed. The challenge DevOps teams face is software development is an inexact science. Developers, based on individual personalities, exacting standards and willingness to work extra hours, are going to have widely divergent opinions on how long it may take to complete any given sprint.

Nevertheless, Planning Poker presents organizations with an opportunity to rely on a more scientific approach than traditional guesswork, said Upright. The simple fact of the matter is that all estimates are wrong. The goal is to narrow the margin of error, he added.

Regardless of how application development projects are managed, the relationship between DevOps teams and the rest of the organization has fundamentally changed. The entirety of some organizations is wholly dependent on the speed at which high-quality software is developed. In many cases, expectations are not realistically aligned with available development resources. A project management application that is widely employed across an organization should make that apparent to all interested stakeholders, which, in theory, at least, should result in either the hiring of additional developers or reassessment of the business strategy before the existing development team simply decides to abandon ship altogether.