Chef today updated its tool for automating the management of IT infrastructure as part of an effort to further eliminate the need to rely on manual processes that generally fail to scale.

John Wyss, vice president of product for Chef, said Chef Infra 16 adds a Unified Mode that provides a more streamlined means of executing policies and adds support for YAML, which means IT teams can now employ Chef to automate the management of infrastructure without having to write code. 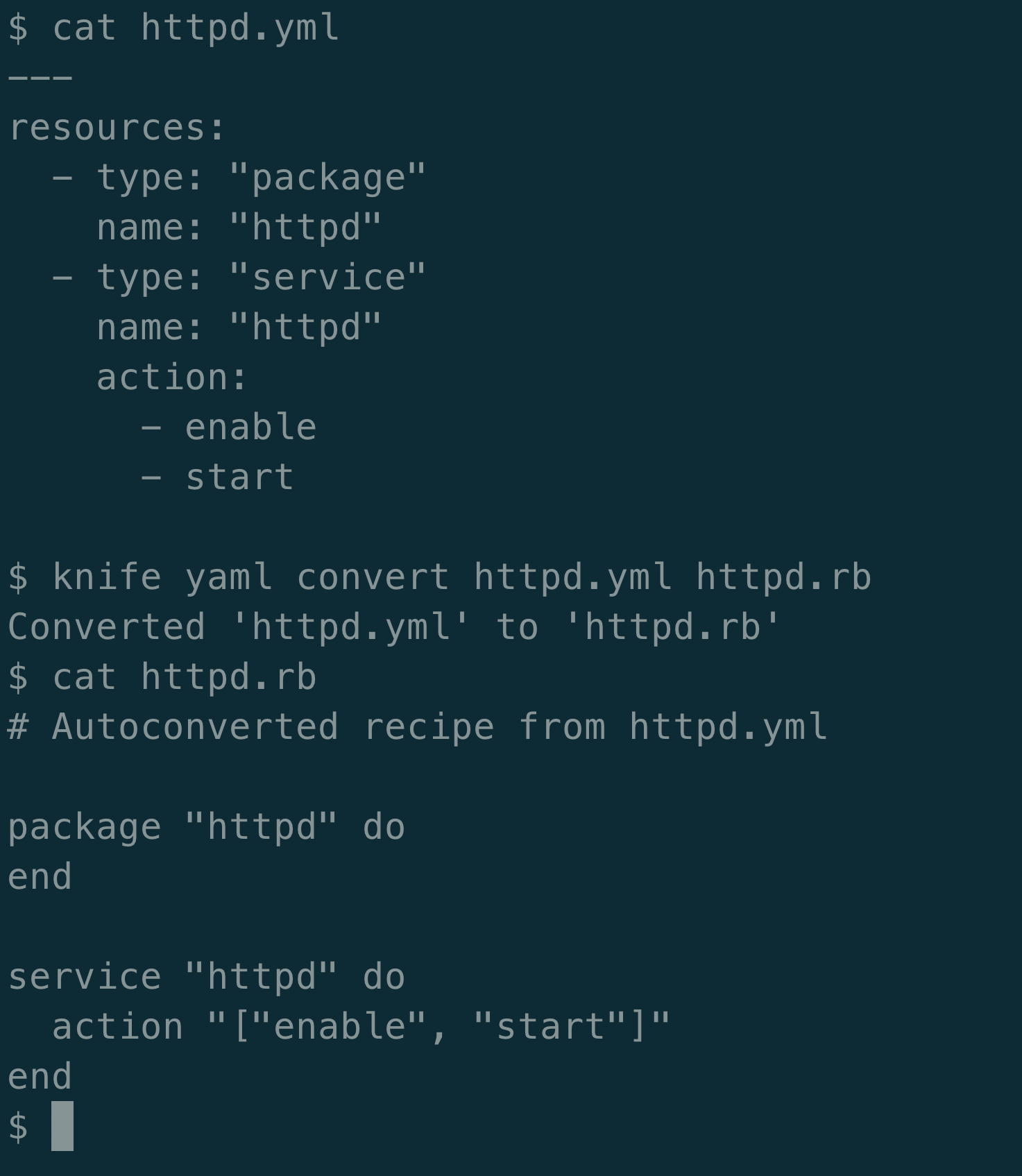 In addition, Chef has made it easier to update legacy instances of cookbooks built using Chef and added support for Arm processors.

Interest in automating the management of IT infrastructure is expected to accelerate considerably in the wake of the economic downturn brought on by the COVID-19 pandemic. Many IT teams are likely to be considerably reduced in size. The remaining IT staff will need to automate the management of IT at much greater degrees than ever before. Much of that infrastructure soon may also be residing in a public cloud rather than in an on-premises IT environment.

Of course, Chef is not the only way to automate the management of IT infrastructure. However, IT professionals who master Chef typically are able to create workflows that automate a wider range of tasks.

As an early pioneer of using code to manage infrastructure, Chef has been making a case for employing the Ruby programming language to make it easier to manage IT infrastructure at scale. While adoption of Chef largely has been limited to IT professionals who could master Ruby, Wyss noted those individuals who have mastered Chef will be in much higher demand as organizations look for IT professionals who have the skills required to manage tasks that otherwise would have required a much larger staff.

It remains to be seen to what degree IT professionals might embrace IT automation frameworks further. Many have developed their own scripts to automate a task. The challenge IT organizations have encountered is that those scripts are usually poorly documented and generally fail to scale. Automation frameworks provide a means to consistently manage IT infrastructure at scale in a way that is easily repeatable.

In the meantime, the debate of who inside the IT organization will automate the management of infrastructure continues to rage. Some IT organizations want developers to be responsible for the entire stack as part of an effort to reduce headcount, while other organizations prefer to have developers for a variety of reasons focus all their energies on writing application code. Regardless of who automates the management of infrastructure, the one thing that just about everyone agrees on is that legacy processes for managing IT infrastructure that typically involve many rote mundane tasks are no longer the way to work.

In fact, increased reliance on IT automation might accelerate the adoption of best DevOps practices because the frameworks required to automate the management of the underlying infrastructure might have been put in place already by the IT operations team, noted Wyss. Otherwise, the DevOps team itself has to put those IT automation frameworks in place with or without the help of the rest of the IT operations staff, which is a current state of affairs that many DevOps teams would just assume live without.

While building constructive culture, engaging workers individually and helping staff avoid burnout have always been organizationally demanding, they are intensified by the continuous, always-on notion of DevOps.  When we think of work burnout, we often think of grueling workloads and deadline pressures. But it also has to do with mismatched ... Read More
« Continuous Security Through Developer Empowerment
Accurics Makes Infrastructure as Code More Secure »