Home » Blogs » Achieving True Automation is a Marathon, Not a Sprint

But It Starts in the Cloud

Arguably, the most important goals for companies seeking to get into cloud today are agility and flexibility to innovate at speed and scale. Adding cost savings to the mix makes the possibilities all the more attractive. And these three pillars can only be achieved with automation.

But while many companies may believe they’re automating (and thus attaining these three goals), they’re really not. In the rush to cloud adoption, they fail to see that this type of investment takes time and work—a lot of work. Think of it as a marathon, not a sprint.

While it’s a significant step toward achieving scale and speed, simply moving an application to cloud is not enough to attain true automation. Adding genuine automation to your server means enabling it to spin up or down as needed, react to scaling requests and shut down when not in use. Only when these processes are in place can you then start seeing the cost savings and agility promised by cloud.

While there is no simple road map to achieving true, seamless automation (near-Nirvana), there are clear and well-worn steps that organizations seeking these goals can take. Looking at it from a broad perspective, automation in the cloud depends on two major initiatives.

Long-Term Value is in App Automation

The first step is to figure out where automation will provide the most value (from an application perspective). In most cases, at least as far as what we’re seeing across the marketplace, the answer to this will likely revolve around infrastructure.

The second step gets a bit trickier. You essentially want to connect automation to the applications themselves (replacing the manual task of writing a script). The challenge then becomes pulling the application back into the larger architectural context so that it can respond to an event without human intervention. This phase involves making the application cloud-ready—that is, furnishing it with the ability to trigger automation without someone sitting at the controls.

This second phase bears closer scrutiny—it’s here that the people on the ground start to lose faith, because with some applications automation may seem all but impossible. Let’s face it: A fair majority of applications were not designed with automation in mind. Legacy applications in particular (which typically constitute the bulk of most companies’ IT estate) are fairly fussy when it comes to automation. This is when organizations start debating the value of opening code and making changes—whether the investment of time and capital is really worth it.

Which brings us to the two biggest barriers to automation—costs and culture. Yes, it can be expensive to implement the processes and skills to achieve game-changing automation in the short-term. It requires moving application development specialists to new roles, a massive shift in culture and skill sets within IT. This is particularly true for code development, which has been manually focused for so long. Many companies fail because they don’t see automation as an ongoing true software development program (which, of course, it is).

The Holy Grail of automation is achieving a seamless Development-Operations environment (DevOps), one in which software developers and the IT folks are continuously collaborating and communicating to automate software delivery and infrastructure changes. One of the chief goals of DevOps is to create a culture and environment where building, testing and releasing software happen frequently, rapidly and reliably.

Achieving a true DevOps environment means that you are a functioning automated shop. Automation does not end with the first deployment. In fact, it is only the beginning. You will continually face new upgrades and changes in service, requiring near-constant tweaking. But automation smoothes the process, loosening the friction of life cycle management. Automation becomes embedded into the very fabric of your entire IT estate.

For some companies (mostly startups), automation is not a luxury but a necessity. Look at Netflix (which, in some respects is less of a startup and more of an established player). The only way the company could scale and stabilize to meet customer demand with the success it has over the past few years was to automate. It would be physically impossible for Netflix to serve its customers any other way.

Same with Amazon. Jeff Bezos figured out early on the value of automation in the cloud and built the flexibility into Amazon’s infrastructure to grow and scale according to exponential customer expansion.

We’re seeing this happen increasingly across industries—from the financial sector to the healthcare industry.

One large global financial institution is changing its very culture by putting automation at the very core of everything it does, from loan applications to payroll. It has taken the bold step of only adopting applications that can be automated. The simple rule of thumb here is, “If we can’t automate it, we’re not going to do it.” This has resulted in the financial institution being able to provide an improved customer experience, providing features for customization of services via their mobile banking app.

Another is Avalon Healthcare Solutions, a laboratory benefit management company. The organization wanted to accelerate service delivery with a 100 percent cloud-based claims editor. So it developed a portal for providers, patients and health plans to offer appropriate access to data, claims and prior authorization. Avalon can now edit from 28,000 to 38,500 per hour in a single environment with 99.99 percent uptime and 99.95 percent accuracy,

The lessons here are clear. By pacing their race with an eye for the long-term goal, Avalon, Amazon and Netflix—among others—trailblazers across industries, are reaping the benefits cloud-automation offers. Namely, they are scaling, becoming more agile, innovating and delighting their customers all at the same time.

About the Author / Chris Wegmann 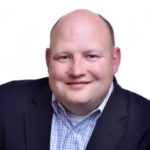 Chris Wegmann is Managing director for Amazon Web Services Practice & Relationship lead, responsible for helping Accenture cross-industry enterprise clients leverage the power of Amazon Web Services including through the Accenture Cloud Platform. He has 20 years of experience in technology consulting and specialization in technical architecture, infrastructure design and engineering, legacy system migrations, cloud application architectures and systems operation. Connect with him on LinkedIn and Twitter.