Apollo GraphQL today previewed an update to its Federation platform for tracking and managing application programming interfaces (APIs) based on the GraphQL query language to give organizations more control over how APIs are reviewed and ultimately approved.

Matt DeBergalis, founder and CTO, Apollo, said the alpha edition of the Federation 2 platform provides a unified view of distributed APIs based on GraphQL so they can be more easily governed.

Federation is based on a unified graph created by Apollo GraphQL to initially provide more visibility into how APIs based on GraphQL are employed within an organization. That capability makes it simpler to increase collaboration among development teams that typically build APIs in isolation from one another, noted DeBergalis.

The latest version of Federation also adds a shared ownership model that empowers teams to evolve unified graphs across smaller teams, he noted.

In general, DeBergalis noted that Federation reduces the chances developers are going to create redundant APIs because they can more easily discover existing ones. They can then either employ those APIs as-is or modify them to suit their requirements as they increasingly compose an application using tools such as Apollo GraphQL Studio versus building every capability from the ground up themselves. 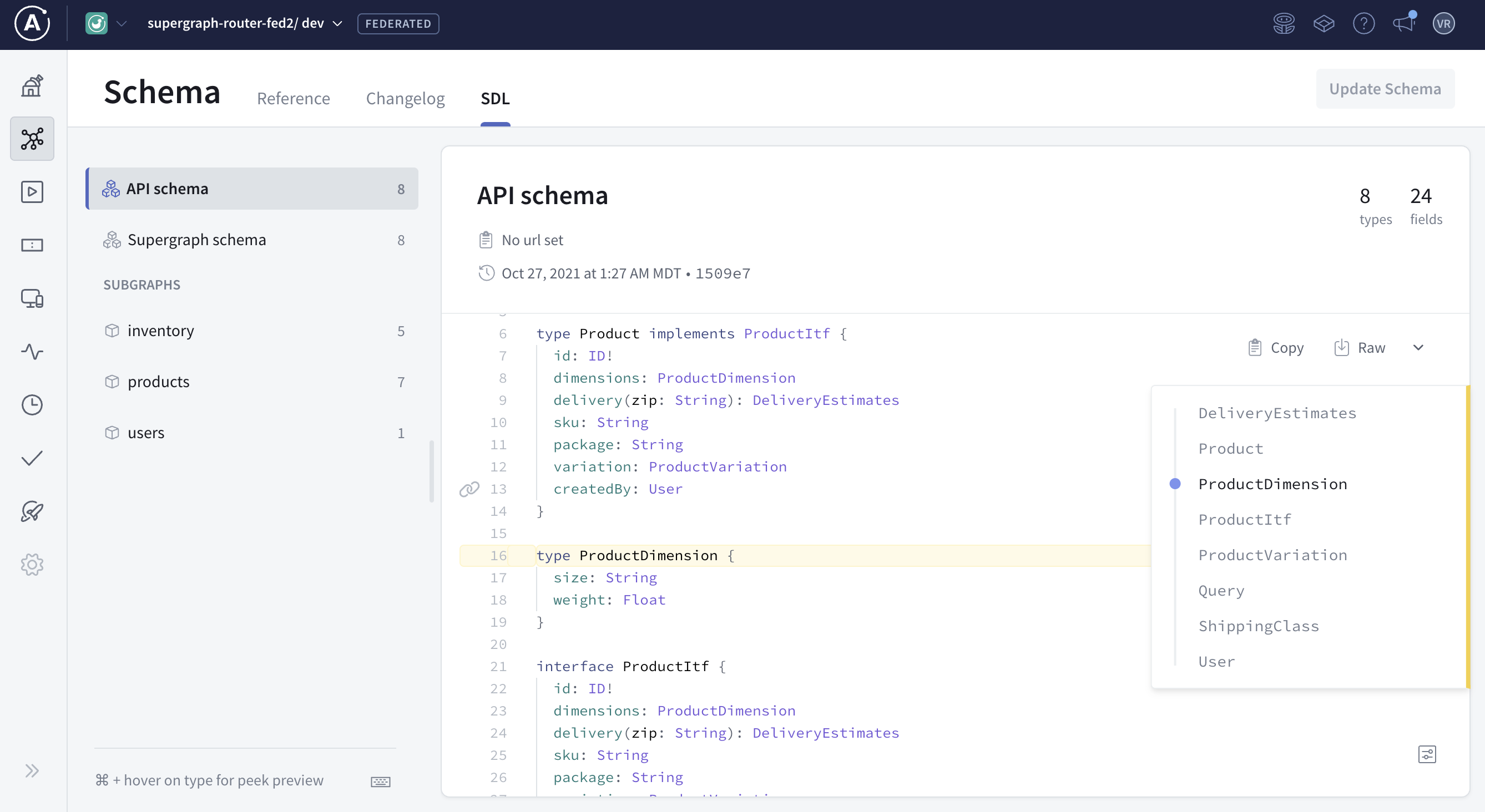 Overall, Apollo GraphQL claims that Federation is currently being downloaded more than one million times a week, with more than 30% of Fortune 500 companies such as Netflix, PayPal, Zillow, Walmart, Peloton and Priceline already using its tools.

The company is also now making Federation and the rest of its tool portfolio available under the Elastic License 2.0 which provides the right to use, copy, distribute, make available and prepare derivative works of the software, but prevents organizations from offering a managed service, circumventing license key functionality or removing/obscuring features protected by license keys or remove or obscure any licensing, copyright or other notices.

GraphQL, originally created by Facebook, is gaining traction as an alternative to REST APIs because it gives developers more control over how data is accessed via an API using a set of query capabilities. That capability is especially appealing when constructing digital business processes that require access by specific classes to large volumes of data. In fact, DeBergalis notes that, in many cases, it’s the existence of a rich set of APIs that enables organizations to construct digital processes that bridge the various isolated processes organizations previously had in place.

In the meantime, the rate at which applications are being built should substantially increase as tools such as Federation make development teams more productive. The challenge many DevOps teams will soon face is managing a large volume of deployments and associated application updates as more applications are deployed in production environments.

Open source components have become an integral part of today’s software applications — it’s impossible to keep up with the hectic pace of release cycles without them. As open source usage continues to grow, so does the number of eyes focused on open source security research, resulting in a record-breaking ... Read More
« Calculating Infrastructure Automation ROI
Quali Infrastructure Auto Maturity Model »